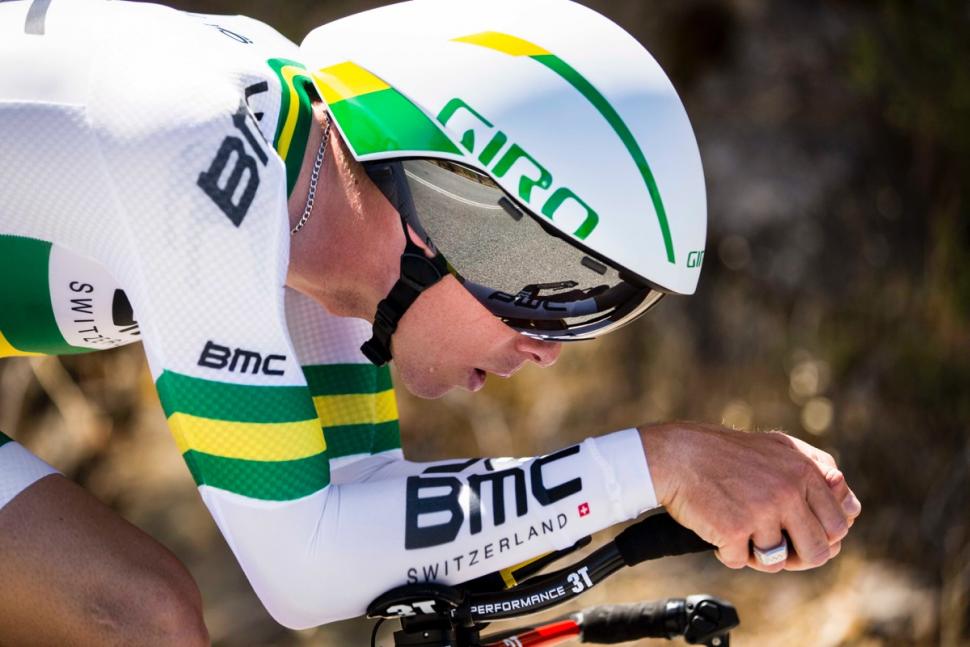 Giro has unveiled the Aerohead MIPS and Aerohead Ultimate MIPS aero helmets for time trial, triathlon and track use.

MIPS is a technology inside the helmet that’s designed to reduce the rotational forces that can result from some impacts. The Aerohead will be available this summer in two versions: the Aerohead MIPS (below, with venting for longer timed events) at £229 and the Aerohead Ultimate MIPS (above), featuring a TeXtreme carbon fibre shell with a smaller frontal area and reduced venting to reduce drag further, at a much higher £499.

“Using the Wind Averaged Drag standard that Giro and many other manufacturers believe is the most reliable predictor of real world performance, the Aerohead Ultimate MIPS is 3.9 seconds faster over 40km [at 400 watts] than Giro’s previously class-leading helmet, the Selector,” says Giro.

“The Aerohead MIPS, which features additional ventilation for longer courses such as triathlons, is 14.4 seconds faster over 180km [at 250 watts] while thermodynamic testing also show it to be nearly 10% cooler than the Aerohead Ultimate MIPS.” Both the Aerohead MIPS and the Aerohead Ultimate MIPS feature vented eye shields from Zeiss Optics that are held in place magnetically, and X-Static anti-microbial padding. They each weigh a claimed 455g.

The first time the Aerohead was used in competition was at the Tour de France prologue last year when Rohan Dennis recorded the fastest average speed in the race’s history.

The Giro Aerohead MIPS will be available from July and Aerohead Ultimate MIPS from September. For further information go to www.giro.com/eu_en/aerohead/