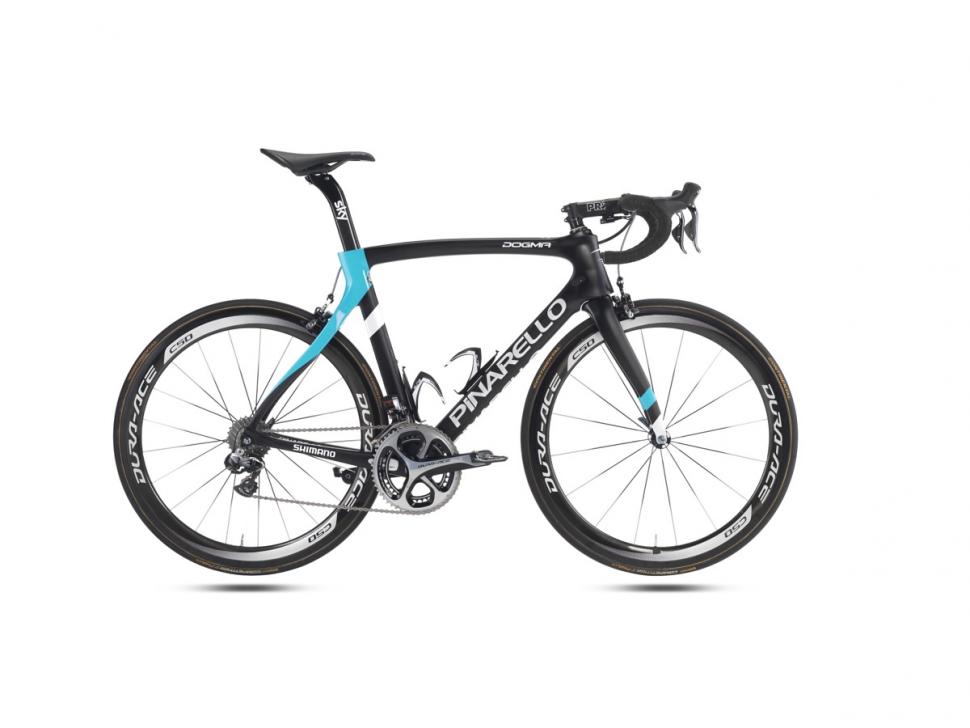 This is the Pinarello Dogma F8 that Team Sky will be racing on in 2016. It has been given what Pinarello calls a “refreshed style”.

The changes are to the finish rather than anything structural. It will still be matt back but with the addition of bright blue and white lines. Team Sky will be hoping that Chris Froome might find himself riding a yellow version next July too. 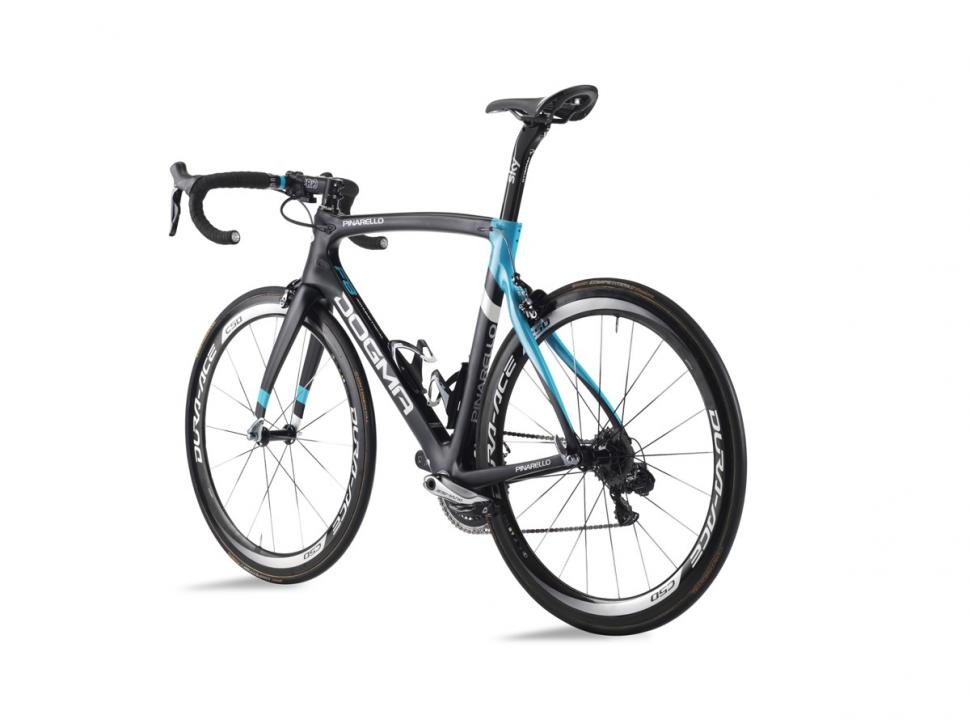 Team Sky has been with Pinarello since it joined the professional peloton in 2010, achieving three Tour de France wins in that time.

The Dogma F8’s frame is made from Toray T11001K composite and weighs around 860g in a 54cm frame size, according to Pinarello.

More important than the weight is the aerodynamic performance of the frame. Frame elements are made to Pinarello’s FlatBack profiles. Like many other bike manufacturers, Pinarello takes an aerodynamically shaped tube profile and chops off the trailing edge. This is intended to maintain most of the tube’s aero performance while saving weight and keeping the design within the UCI’s regulations. 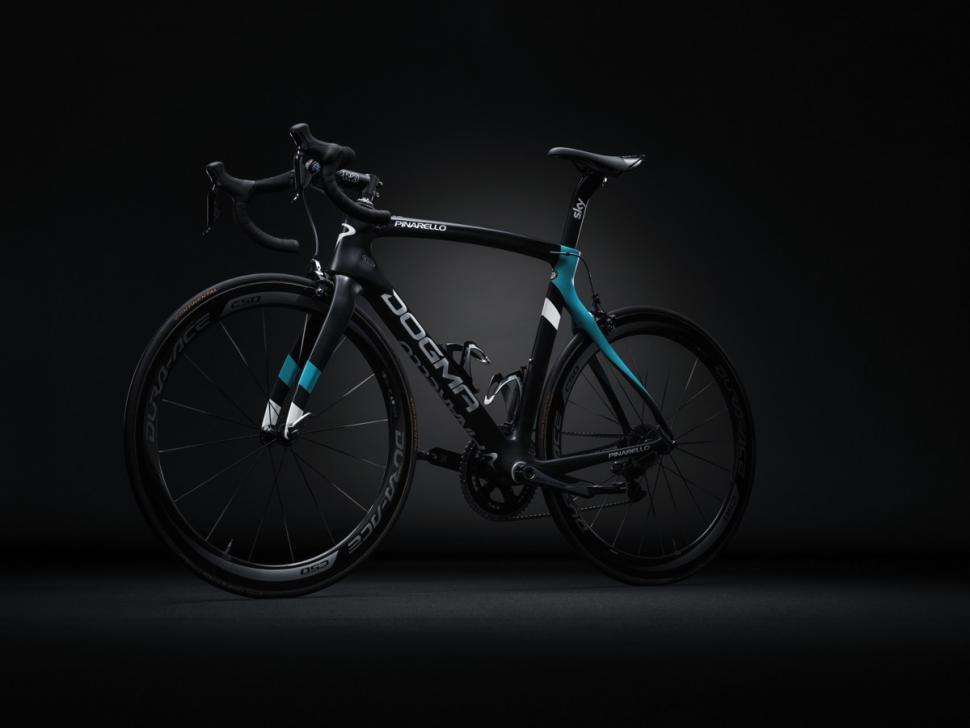 The Dogma F8 Team Sky 2016 will be available to buy from February 2016. It will be equipped with a Shimano groupset and wheels, and a stem and handlebar from Shimano’s sub-brand Pro. The saddle is from Fizik and Elite provides the bottle cages. We don’t yet have prices. Shimano has recently announced the extension of its partnership with Team Sky for another two years. The riders will use Shimano Dura-Ace groupsets and Pro Vibe finishing kit during the 2016 and 2017 seasons.

“Team Sky will work with Shimano’s engineering teams to create new products, driving the development of elite cycling components and technologies, which make their way into components for riders throughout Shimano's product line up,” says Shimano. 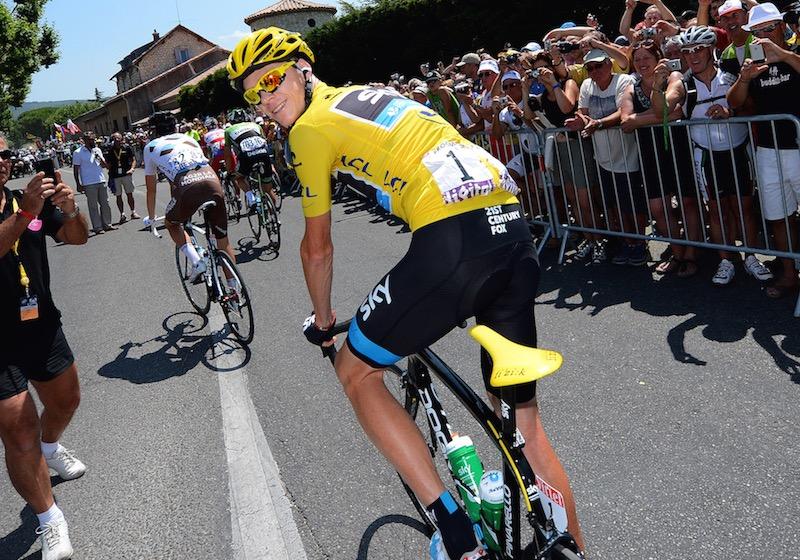 Fizik will continue supplying saddles to Team Sky. The model used by each rider is determined through Fizik’s Spine Concept system which measures the flexibility of the spine. 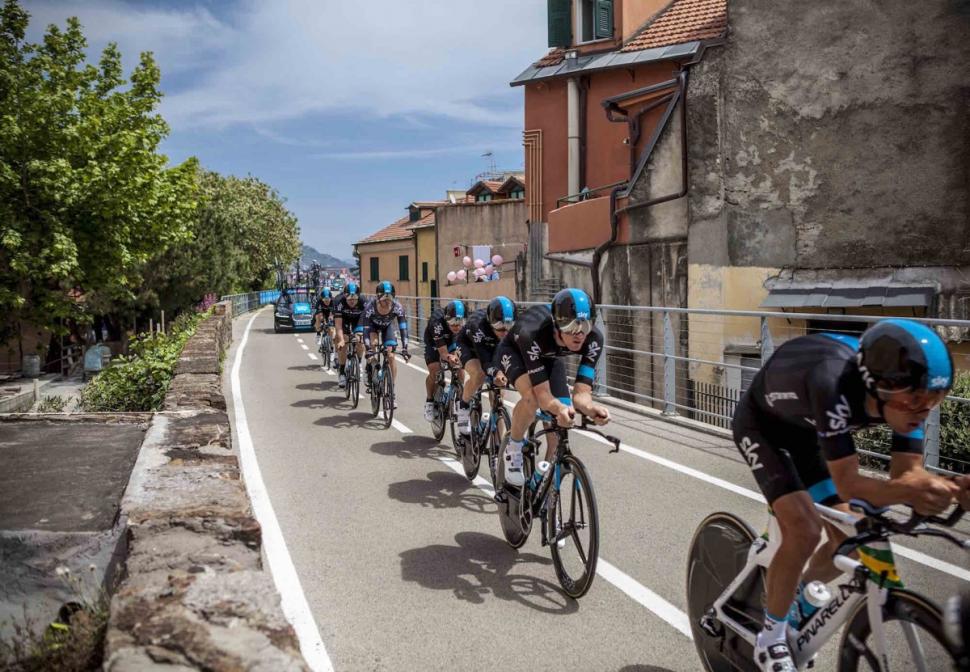 The Fizik saddle best suited to the most flexible riders – called Snakes – is the Arione. The Aliante is the model used by most Bull riders who have the least spine flexibility and typically put out the most power. The Chameleon riders with medium flexibility usually choose the Antares.

Team Sky’s 2016 season kicks off with the first World Tour race, the Santos Tour Down Under, 16-24 January.