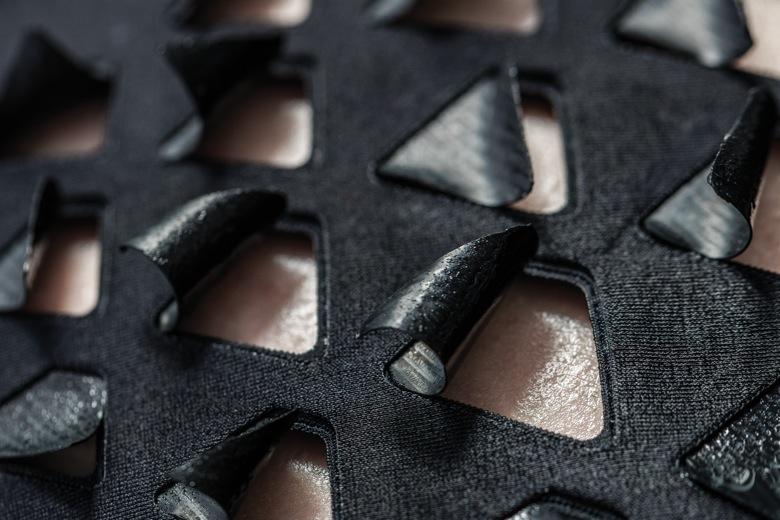 The inventors of this new clothing fabric have adapted a living Bacillus Subtilis natto cell as a humidity sensitive nanoactuator. It’s a bacterium apparently used in Japanese cooking, and it reacts to moisture and humidity levels. The bacteria cells get bigger the higher the level of humidity, the individual cells can change as much as 50 percent. 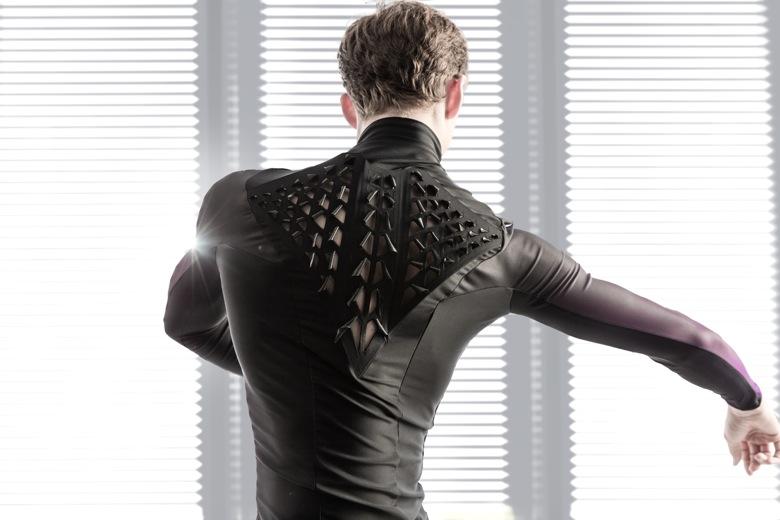 "The synthetic bio-skin reacts to body heat and sweat, causing flaps around heat zones to open, enabling sweat to evaporate and cool down the body through an organic material flux. In collaboration with New Balance, bioLogic is bringing what once may have lived in the realm of fantasies into the world of sportswear," says MIT.

Working with the Royal College of Art,  the MIT Media Lab's Tangible Media Group BioLogic project has found a way of incorporating this technology into clothing, which it has called Second Skin. The outfit in the video above shows flaps that react to the body heat. As the  body heat rises through exercise, the flaps curl and open up, increasing the ventilation and allowing excess body heat to escape.

To make use of this technology in clothing, a composite biofilm is created from the cells and can then be integrated into a traditional fabric. The printing of the biofilm can alter the characteristics of the flaps, how much they react to body heat and how much they open. Because the cells react to levels of humidity, they only open as much as is necessary.

“We’re just at the beginning,” admits Lining Yao of MIT. It certainly has really interesting applications for cycling. Many cycle clothing manufacturers attempt to tackle overheating with vents you can open or close with a zip, but imagine a jacket with rear vents that automatically opened as you built up heat during a ride. We’re probably many years from seeing this become a reality, though, so don’t get your hopes up. But it's an interesting glimpse of what future cycle clothing could be like.