8
10
Secure system for mounting your smartphone to the stem, with decent impact protection and a good price
Secure
Simple to use
Protection from knocks and rain/mud
Water can get in at the back
Weight:
71g
Contact:
www.bob-elliot.co.uk
How we test

Zefal's Z Console is a secure system for mounting your smartphone to your stem so that you can use navigation apps as you ride. It provides impact resistance and optional protection from rain and mud too, and is also cheaper than an equivalent system from key rivals.

Setting things up could hardly be easier. You push your phone into the soft thermoplastic polyurethane case (a little hole on the back leaves the camera uncovered) and attach the Z Bike Mount to your stem with stretchy rubber O-rings. It's a simple and effective system, the 32mm and 36mm O-rings provided suiting the vast majority of stems. 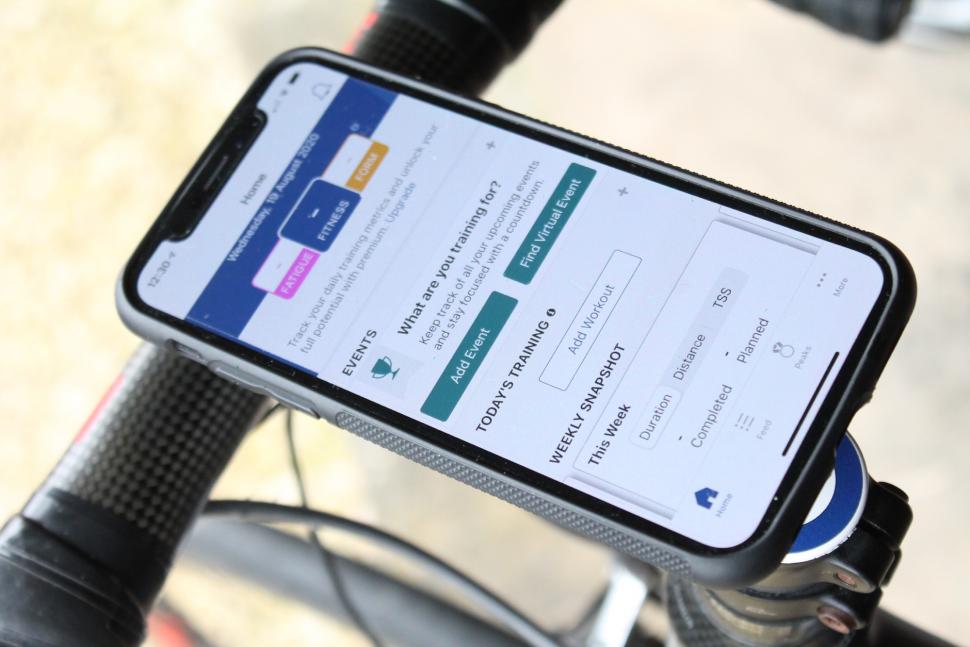 You could fit the mount to your handlebar if you wanted, although Zefal doesn't say this, perhaps because this positioning could result in your knee hitting the phone when you're riding out of the saddle – unlikely but possible, depending on your bike setup. 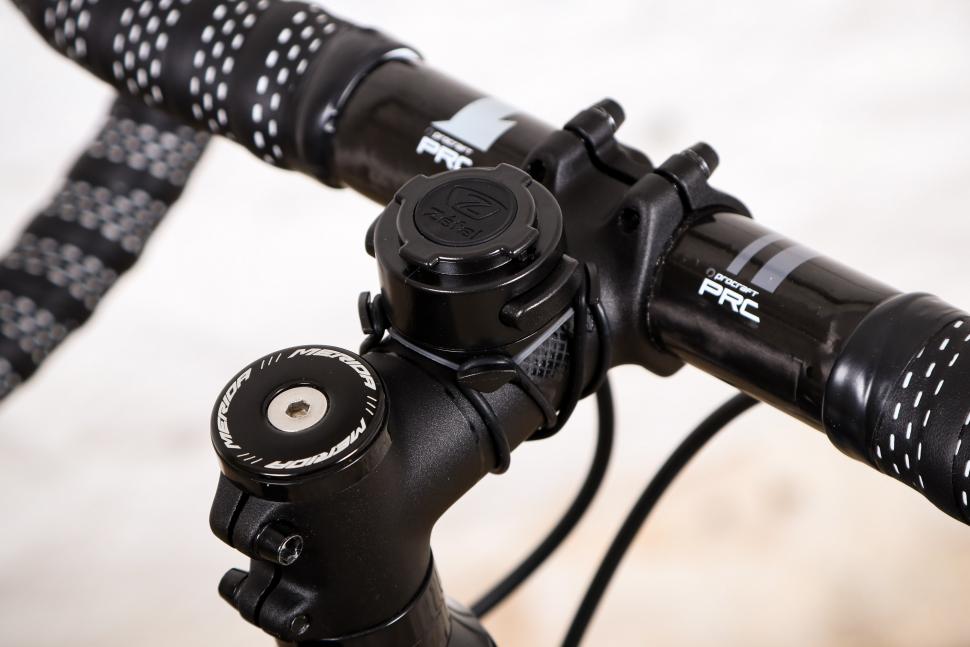 A polycarbonate section on the back of the case fits on to the mount; you twist your phone 45 degrees clockwise and it locks in place, either in portrait or landscape orientation. A big, reassuring click tells you that it is properly engaged. Raised areas on the side of the case allow you to operate your phone's buttons. 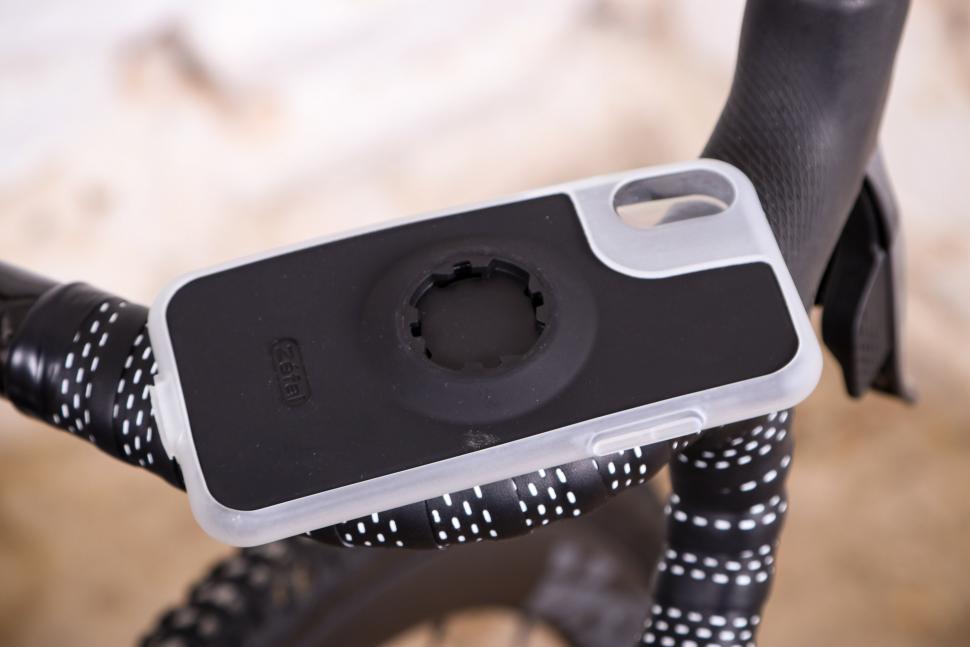 Either before or after the case is locked to the mount – I found it easier to do before – you can put the transparent cover in place over the front of your phone. It extends partly around the back to cover the camera hole and a little hatch at the bottom allows you to access the charging port. 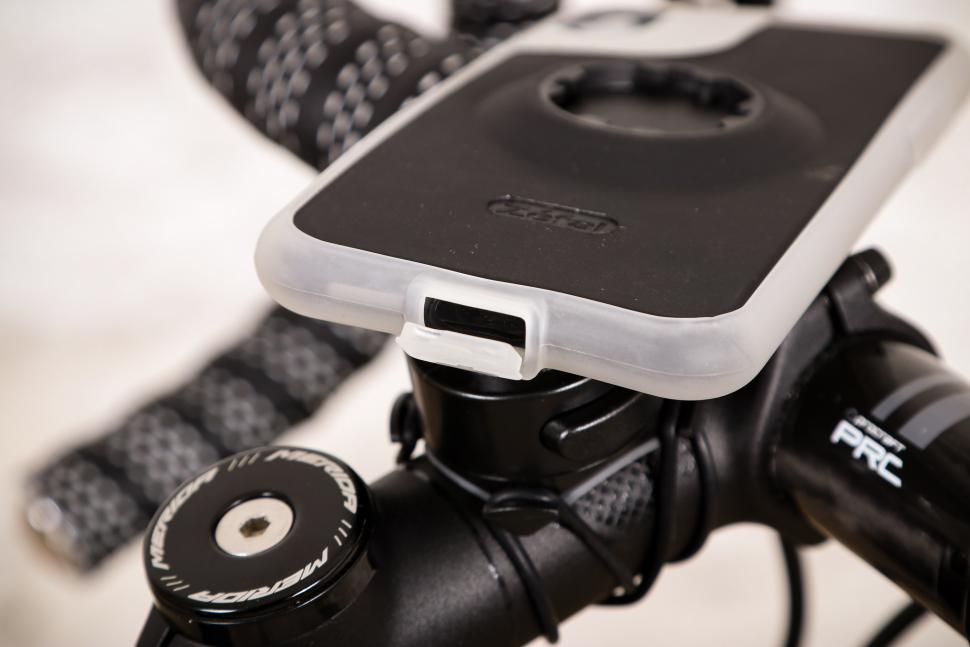 You don't have to put the cover on but you might want the extra level of protection it provides. It doesn't keep rain out completely – I'd call it water resistant rather than waterproof. A lot of phones these days have an IP67 rating anyway (which means they can handle being dropped in a metre of water for up to half an hour; although the water-resistance degrades over time). Go out for a long ride when it's hosing down and spray will probably get in at the back of the case, but in practice I didn't have a problem. If you do want complete protection from rain, you'd be better off with something like a Zefal Z Console Dry Smartphone Cover (£29.99) or a Topeak Smartphone Drybag (£25.99). I found the cover most useful for keeping mud and grit off the phone, because getting that stuff off can cause all sorts of little scratches. 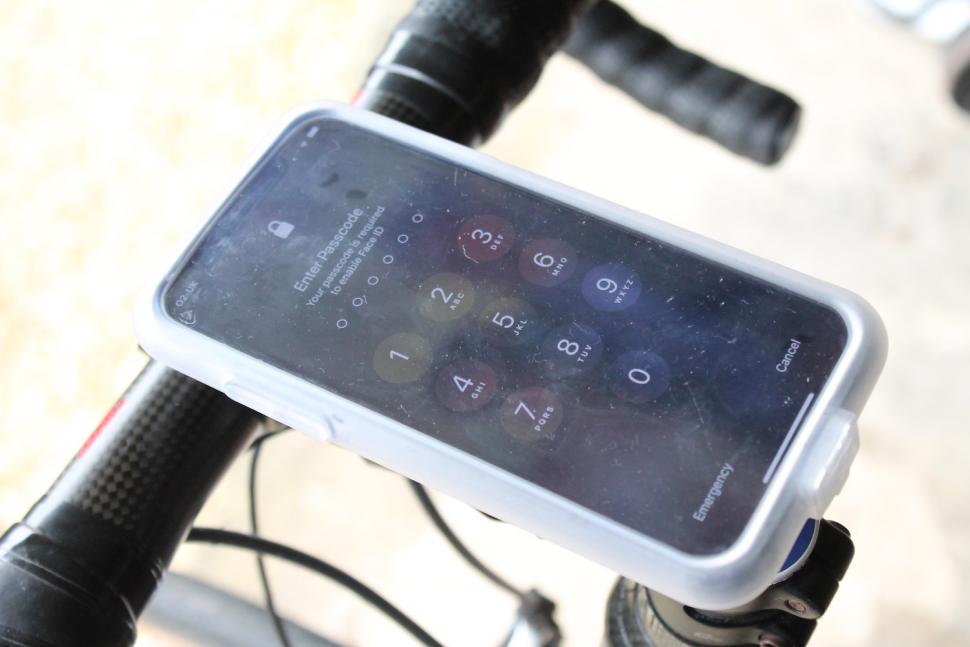 You can use the phone's touchscreen with the cover in place, although you often need to be more deliberate than usual in your actions. I couldn't text as quickly with the cover on, for example, swiping up from the bottom of the screen is sometimes difficult, and I occasionally had to press icons a couple of times to get apps to launch. Bear in mind that the cover muffles the sound a bit too, so you might want to whack up the volume in order to hear alerts.

Once it's on, I can't imagine the case coming off the Z Bike Mount accidentally. Never say never, I guess, but it really is super-secure... as you'd hope with something as valuable as a smartphone on board. 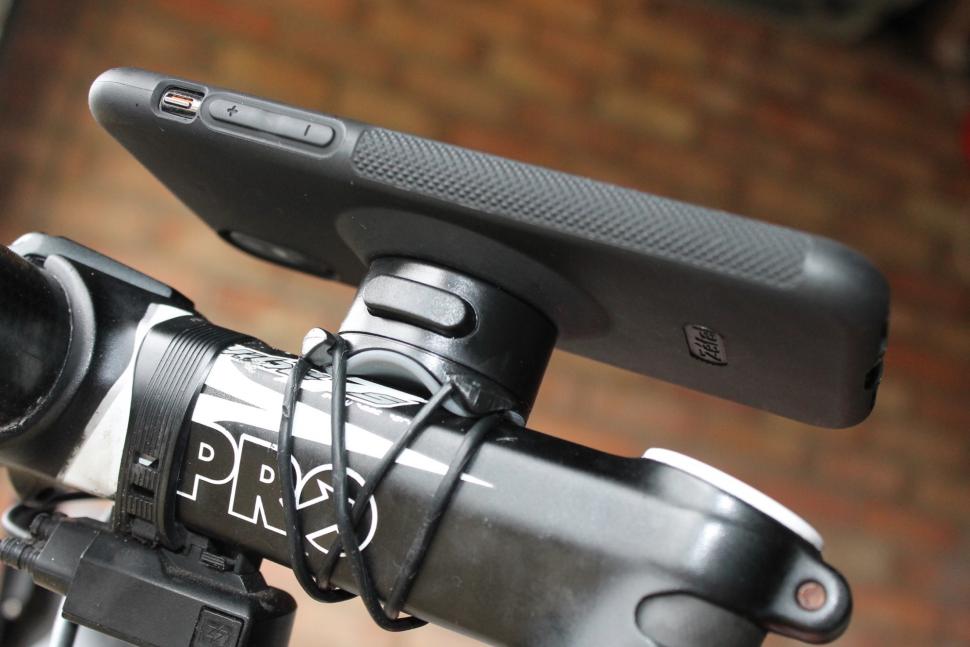 Unlike a Garmin Edge computer mount, say, you don't just twist the Zefal case in the opposite direction to release it. You have to press two buttons on the Z Bike Mount at the same time before you can turn the case, so it's a job for both hands.

Even if you hit the case with your knee when you're riding out of the saddle – which would be difficult if it's positioned on the stem, but let's go with it – there's no way that you'll knock it off the mount. You could move the mount on your stem and need to reposition it, but you're not going to lose your phone in that way. It really is a solid design.

If you did manage to knock your phone into the road – by dropping it at the start or end of your ride, say – the case and cover offer a lot of protection from impact. You'd have to be really unlucky for any damage to occur.

Your phone isn't going to become dislodged from the case over bumpy terrain either. At least, I tried it on a lot of gravel roads and that never happened.

If you're familiar with the Quad Lock mounting system, Zefal's is a vaguely similar concept. They're distinct designs and aren't compatible with one another, but they both involve the phone case clicking into place on the mount and require a distinct, conscious action to release the lock. I wouldn't say that either is any more or less secure than the other.

The stack height is similar too, your phone sitting about 25mm above your stem with each system, although the Quad Lock case has a slightly lower profile than Zefal's when not attached to its mount – there's less of a bulge on the back to accommodate the fixing hole. On the other hand, the Zefal system is significantly cheaper. A Quad Lock case, stem mount and weather resistant cover is £54.95.

Other Zefal mounts are available separately. The Z Armband (£17.99) is suitable for running or gym use, while the Z Car Mount (£20.99)... well, that one speaks for itself. A suction cup attaches it to the windscreen or dashboard.

Naturally, the Zefal Z Console is available for other iPhones and for various Samsung Galaxy models too. There's also a Zefal Z Console Smartphone Universal Holder in two different sizes for other phones (£29.99). If you wanted a second mount for another bike, they're available separately for £13.99 each.

Various other phone mounts for your bike are available from other brands, such as the Quad Lock system I mentioned above. A Topeak Ridecase with a mount is £44.99, for example, while an SKS Compit Smartphone Mount is £29.99 and a holder that's specific to your phone is another £9.99.

Triban also offers a 900 L Waterproof Bike Smartphone Holder for £17.99, although we've not reviewed it.

Compared with the other phone mounts that we have reviewed, Zefal's is a neat system at a very good price. It's a secure solution for carrying your smartphone where you can see it and use its navigational capabilities. It also provides protection against knocks, shielding against rain and mud, and is cheaper than comparable systems from other brands.

Secure system for mounting your smartphone to the stem, with decent impact protection and a good price

Zefal says, "The Bike Kit contains a smartphone case along with a mounting system that attaches to the stem of your bike. You can therefore take a look at and record data from your ride through apps on your phone.

"The encased smartphone holder combines comfort, flexibility and high resistance against any impacts. It is also compatible with the Z Armband and the Z Car Mount (not included in this kit). A transparent cover also protects the smartphone screen from rain, mud and impacts. Quickly fix your smartphone into portrait or landscape mode on your bike and set-off on your adventure!"

That about covers it! You can leave your phone in the case all the time; it doesn't add much bulk.

BI MATERIAL: The overmolding of the smartphone case guarantees flexibility and high resistance against impacts.

ACCESSIBILITY: Lock and unlock your phone into position in just seconds.

WATERPROOF: Protection against rain and mud.

It's secure and keeps your phone safe from knocks.

The system isn't completely watertight and the case isn't quite as low profile as a Quad Lock equivalent when you're carrying your phone in your pocket.

The price is low compared to directly comparable products from other brands, such as Quad Lock. A Quad Lock case, stem mount and weather-resistant cover is £54.95.

We scored the Zéfal Z Console Lite iPhone 6 and 6 Plus as a five a few years ago. However, a couple of the issues we had with that design have been addressed, and phones are generally more water resistant than they were back then.

The Zefal Z Console is now among the best options out there, especially when you consider the price. It's a solid 8. 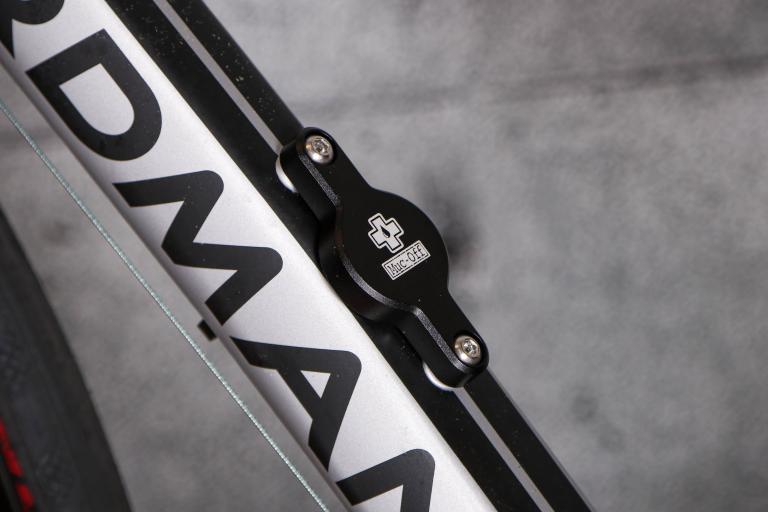 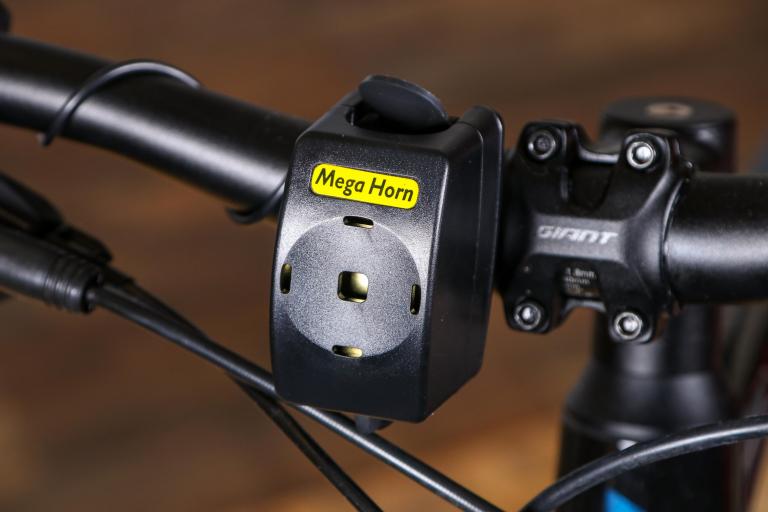 Does the job, but compared with the friendly ching of a bell, it's a bit unpleasant 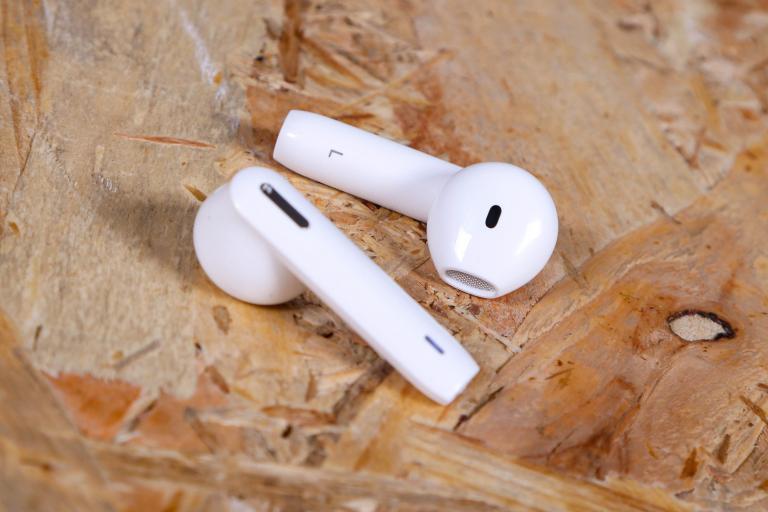 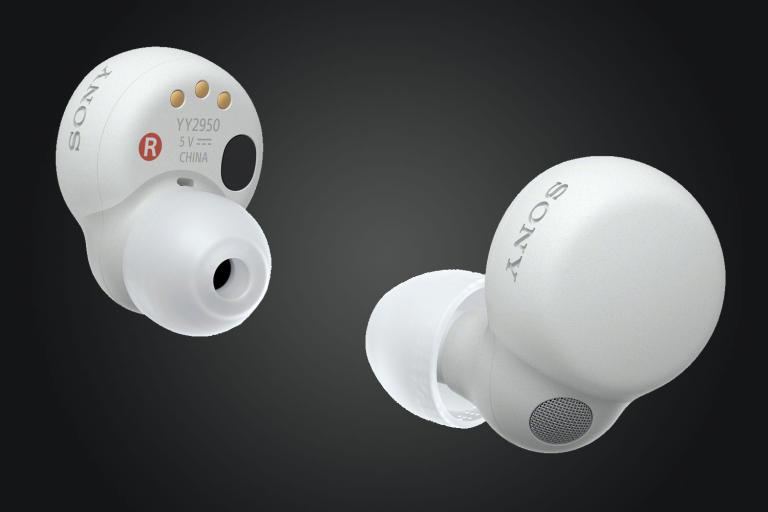