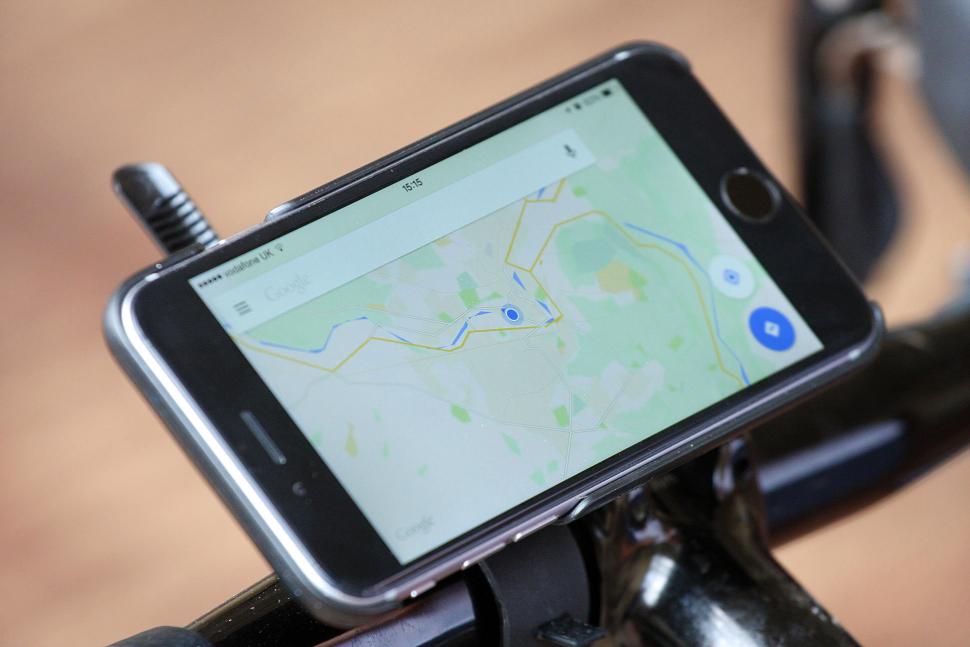 It’s easy to plot a cycling route with many free apps and GPS computers available, here’s how to get started
by David Arthur @davearthur

While you can still navigate the roads and lanes using paper maps, the advent of affordable GPS (Global Positioning System) cycling computers and smartphones with mapping apps makes it very simple and easy to both plan and follow a route without having to turn a page.

Read more: 19 of the best smartphone cycling apps for iPhone and Android

GPS receivers simply show your location, with basic GPS cycling computers offer nothing more than basic metrics (how fast you’re going, distance etc). The more expensive computers, with bigger screens, provide mapping and navigational facilities. They can function much like a car sat nav, or you can create your own routes to follow. 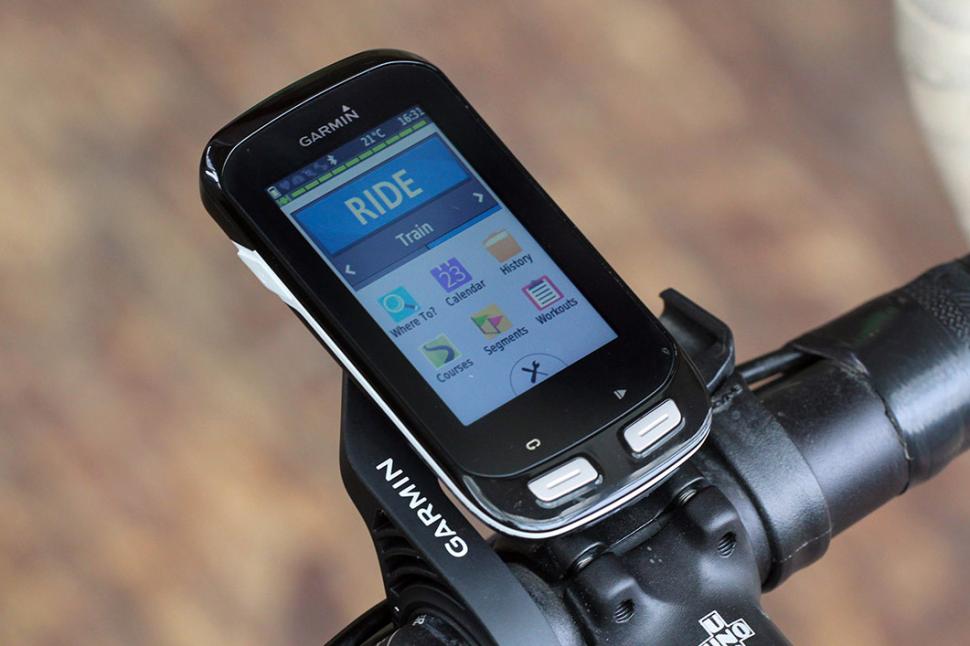 Some devices simply let you put in the postcode or address and will calculate a route, but better for cyclists is to manually plot a route to suit your distance and time requirements.That’s ideal if you’re new to an area, going on holiday and aren’t sure where to cycle, or just want to remove the guesswork from where to cycle.

Planning a route using mapping software or an app has its advantages. You can scout out interesting looking roads and hills, and devise a route that you cycling requirements precisely, where it's packing in as many hills as you can find, or avoiding them completely.

For time-crunched cyclists, planning a route lets you decide the exact distance and many apps will provide an estimated time of completion based on an average speed. Following a predetermined route on a handlebar-mounted computer or smartphone also means less stopping at junctions to unfold a paper map, so more time pedalling and less time wondering which is the right way.

If planning your own route is too much effort, some devices will offer a choice of routes based on a distance, and you can simply choose which one you would like to follow.

Many sportive and event organisers now provide a downloadable route so you can have a backup navigation option to the usual arrow signs that mark key junctions. Even a sport as traditional as Audax has joined the modern age with many organisers providing GPS routes. Weekend club rides now offer downloadable routes.

There is a host of free mapping websites and apps that make it easy to plot your own route. Strava does mapping, there’s CycleMaps, my favourite is the simple BikeHike and then there are more advanced options like MapMyRide, RideWithGPS and Komoot that also offer subscriptions. You might have your favourite, there are too many to list them all here. 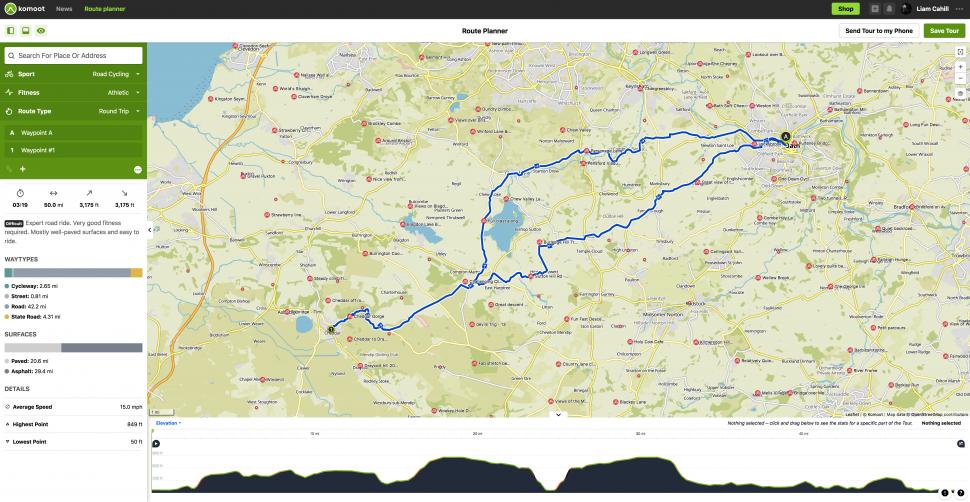 With the proliferation of smartphones, most of which offer GPS functionality, and a plethora of free apps now available, you can easily make use of your phone to lot and follow routes.

Strava’s mapping tool is quite clever because it taps into the vast database of shared activities and segments to show you the most popularly ridden roads in an area, which can be useful if you’re riding in a new location for the first time and aren’t sure where to ride. Other advantages to plotting a route are that you can see exactly how much climbing you're in for. You can also make sure to avoid busy or horrible roads.

If planning your own route is too much effort, or you’re interested to see what routes other cyclists might be riding, there are websites that allow you to search for routes. Bikely lets you enter an area and choose a distance, and it’ll show you a list of routes that you can easily download.

The website opencyclemap.org highlights roads and paths suitable for cycling, which can be handy if cycling in a large city and you want to avoid heavily congested main roads. It can’t be used to plan routes, but CycleStreets.net can. It lets you pick a start location and final destination, and it’ll offer a choice of three routes, using the National Cycle Network where possible.

While plotting a route on a smartphone is probably the quickest way to get a route ready, for more detailed route planning there’s no beating the advantage of using a bigger computer screen. I can spend ages looking at online maps and researching new roads and putting together different routes.

Many of the more popular mapping services offer both an app and website, and you can often save and store a route, making it easy to get onto your phone.

Here are just a few of the popular mapping services:

Once you've created your route, you need to get it onto your GPS device or smartphone.

Using a smartphone for the whole process is the easiest option as you don’t need a computer. Simply choose a compatible app, create a route, then hit GO to follow it. Many apps, like  Strava, will also record the activity and provide speed and distance data at the same time.

If you’re using a GPS device like a Garmin Edge say, then you need to connect it to your computer, using a USB cable (or Bluetooth if it’s supported) and then download the route to the device. How you actually get the route from the computer onto the device can vary from brand to brand, so make sure to follow the instructions. The easiest way is to use a website or software that lets you export the route directly to a connected GPS device. 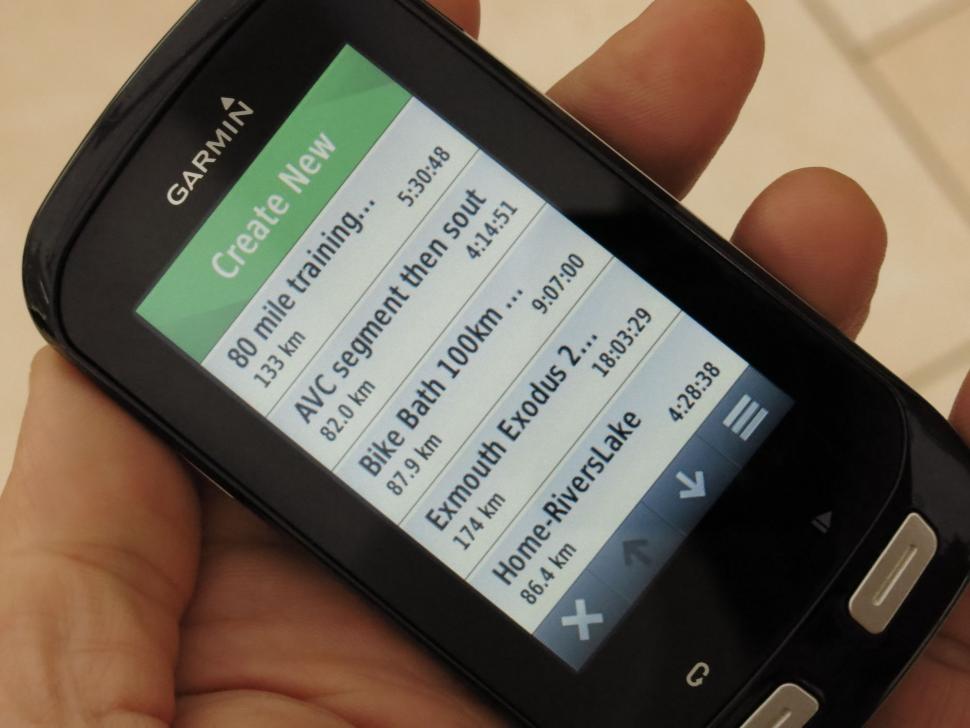 Sometimes you might have to export the route (TCX and GPX are the two most common file formats) and manually save it to the right folder on the GPS device. The best thing is to follow the instructions for your particular device to ensure you get the route loaded onto the device.

Following a route on the bike

With your route created and downloaded to your GPS computer or smartphone, it’s simply a case of following the route. There are two key choices when following a route.

You can either use turn-by-turn directions, and the app will flag up which way to go at key junctions. This is a the simplest choice because you can get on with enjoying the ride and the scenery, and not worry about which turn to take.

The other option simply displays your location on the map, with a coloured line indicating the route you need to follow. This option means you have to pay more attention to the route but does offer a bit more freedom if you want to divert off the route for any reason, such as spotting an interesting looking road. Some devices will provide prompts for upcoming junctions as well.

Both have their pros and cons. More people probably have smartphones than a dedicated GPS cycle computer, and if you’ve already got a smartphone, why spend yet more money on a cycle computer to do what your smartphone can already do?

Smartphones have large colour screens that make following a route nice and easy. Battery life can be a problem with smartphones, though, all that GPS and data (consider using one of the many offline mapping apps) eat the battery. Having the screen on the entire time can also rapidly drain the battery. Consider having the screen turned off and only switching on for turn-by-turn directions.

Smartphones aren’t as rugged or waterproof as dedicated cycle computers, so you want to make sure it’s protected from the elements. If you’re planning to use your smartphone, here are a host of handlebar smartphone apps these days so you can pop your phone on the handlebars and follow the route you’ve created.

A dedicated GPS cycling computer is designed for cycling, so it’s rugged and weatherproof. You can typically expect a much longer battery life as well. The display uses a transflective screen which is easier to view without needing a backlight, the biggest drain on the smartphone’s reflective display.

For extending battery life on a GPS device, you can often buy an external battery pack. Some non-cycling GPS devices (like Garmin’s eTrex) use replaceable AA batteries and might be a more suitable option for longer tours and adventures into the wilderness.