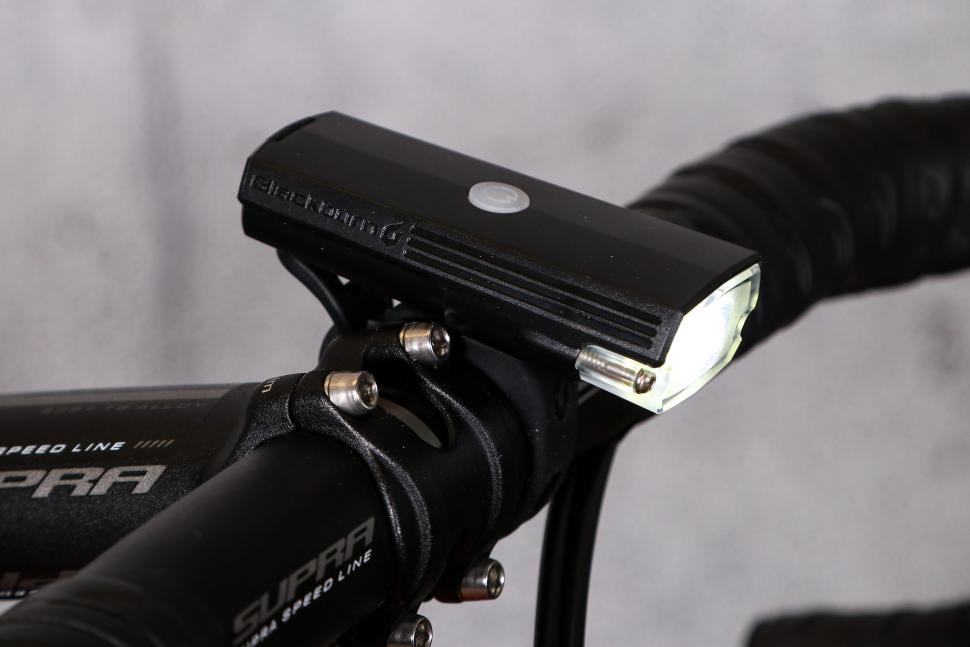 The Blackburn Dayblazer 550 is a compact, wallet-friendly front light boasting, as the name suggests, a maximum of 550 lumens. The output quality is surprisingly good, but run-times are relatively short in the higher modes, limiting its horizons beyond the suburbs.

Despite weighing 61g, the Dayblazer 550 feels reassuringly solid. The black anodised aluminium alloy body serves as a heat sink and protects the internals from accidental knocks. It's also well sealed from the elements, conforming to IP67, meaning it can survive in a metre of water for 30 minutes. The anodising is also of a decent standard, so should keep its looks.

Optics-wise, it sports a similarly tough lens with collimators to make the very most of the single diode (Osram 3737, for those who need to know).

In common with a lot of lights these days, the output is brighter than the numbers might have traditionally implied. The full 550 is good enough for picking out hazards, signs and generic detail in semi-rural contexts at around 17 or 18mph. On clearer mornings, before dawn, I've been able to tackle unlit lanes to around 15mph, and in terms of being seen, I seemed to register on drivers' radars at around 100 metres on the open road.

This setting isn't offensive through built-up areas either, so, economy aside, there's no urgency for stepping down. Other traffic seemed to take notice at 50-60 metres, and its output was welcome when negotiating roundabouts and junctions into the flow of traffic.

High is arguably the sweet spot for suburban riding. The lens projects a reasonable amount of peripheral bleed, although when mounted conventionally on drop bars, it can be obscured. If you tend to cruise on the hoods, I'd be inclined to mount it beneath, since the beam pattern seems unaffected.

Low sounds rather paltry at 75 lumens, and unless I was running low on juice, around town I'd stick with High, and where being seen is the primary aim I'd opt for Pulse or Strobe.

The latter's 65 lumens also sounds a little impotent, but thanks to the extrovert tempo it's visible from around 120 metres in the dark, 80 metres during the day. Pulse is a little easier on the eye yet still distinctive enough to announce its presence at similar distances.

The raised switch is easy to operate, even in winter-weight gloves. It requires a single, definite prod to engage, whereupon you'll have the last mode selected thanks to the memory function. Subsequent prods cycle through the other modes and a sustained, half-second hold powers down. No issues with unwanted engagement.

It also works as the battery indicator and is intuitive to read: green is fully juiced, orange 50-25%, below which it will turn red.

There are two options, a bar mount and helmet mount, though the latter is an aftermarket option. The light is designed to swivel around, giving unhindered access to the strap and clasp, for speedy fitment and removal. 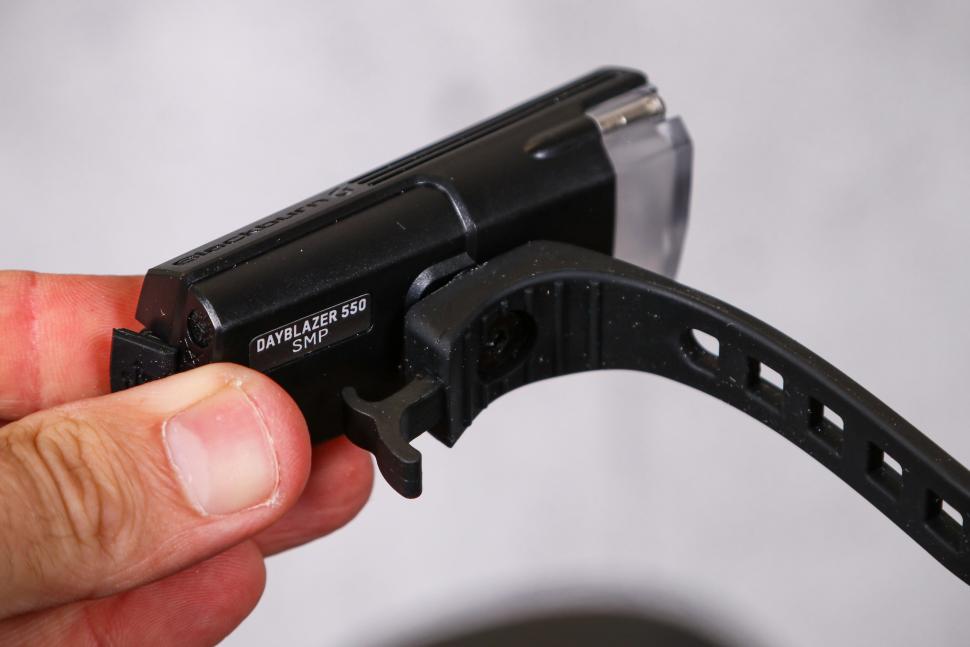 Blackburn says it's compatible with diameters between 22 and 34mm and I've had no problems with a variety of bars within this range. The only minor consideration is that it secures to the light body via a 3mm hex screw, and this can work loose, so keep an eye on it.

As I said earlier, I have hung it both beneath and atop bars, with no obvious impact upon beam pattern or quality.

Run-times have been within a few minutes of those cited when used in temperatures between 3 and 10°C, though they're not the longest (they're listed in the Test Report, below), ranging from just an hour in Blitz mode to 12 hours in Strobe. If you think you'll be spending much of your time in the 550lm or even the 275lm mode (1.5hr), you might be better off with a more powerful light that lasts longer.

It's taken the quoted three hours to charge the lithium-ion cell from the mains, slightly longer via a laptop or tablet USB port.

The USB port cover fits snugly, with no hint of ingress after subjecting it to heavy rain and the garden hose. 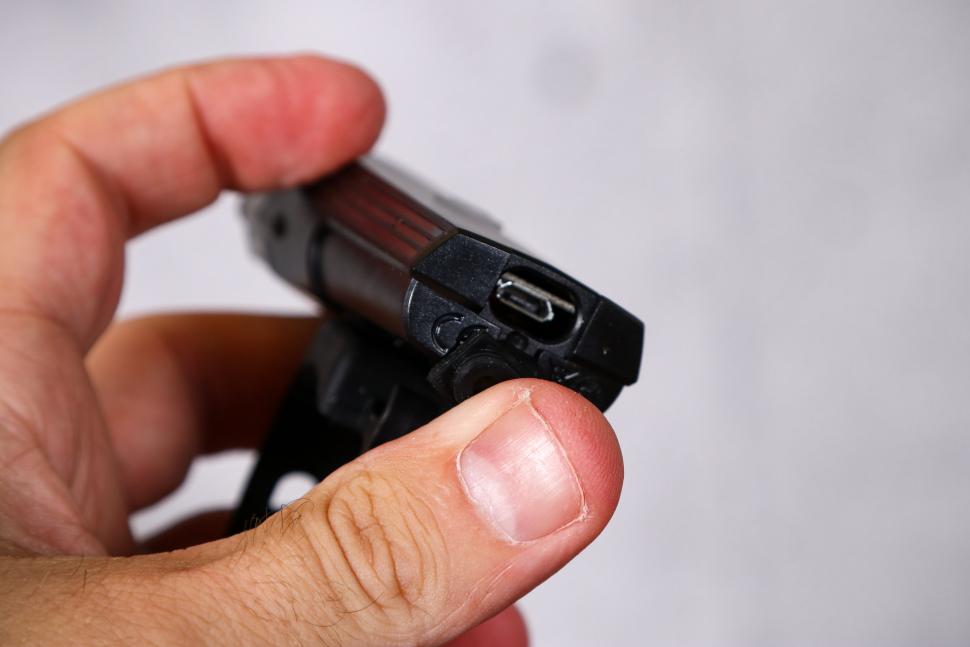 As the whole light is rated IP67 for weather resistance, I took it one stage further and left it in a bucket of water for 20 minutes, and that had no negative consequence either. The limited lifetime warranty adds further peace of mind.

BBB's Strike 500 has a slightly lower max output and is also £15 more than the Blackburn; its mount merits improvement, too.

The Ravemen LR500S is the same price as the Blackburn but, like the BBB, also 50 lumens down on max output. That said, it's an impressive option and offers better run-times than the Dayblazer – nearly double in the highest mode.

Overall, the Blackburn Day Blazer is a competent compact light and worth a look if you are wanting a proper light but aren't looking to stray far beyond the suburbs. The flashing and pulsing modes are suitably extrovert, which is a plus for winter mornings, pre-dusk saunters home on the best bike, or just a dynamo backup/companion. Run-times in the higher modes aren't great, though, if that's where you plan to spend your time.

Blackburn says: "Not too long ago a 550-lumen headlight for this price would have been a pipe dream, but now the Dayblazer 550 is a dream come true!"

It's a compact light with sensible modes, though this is tempered by short run-times in the higher settings.

Swivel mount - A rotating mount allows the light to be adjusted to center on the road! This versatile silicone mount fits handlebars from 22–35mm and can be used to strap to some helmets.

IP-67 submersible - Ingress protection rating, or "IP Rating", is a techy way to describe the level of water- and dust-proofness of a product. This light meets the IP-67 Standard, which means it is totally protected against dust/grit and fully protected against the effects of immersion between 15cm and 1 meter for 30 minutes.

Intuitive to use, and though relatively small, the switch is easily operated wearing full-finger, winter-weight gloves.

A simple, reliable system that seems compatible with most handlebar diameters. However, keep an eye on the 3mm hex screw, which can work loose.

Has taken the elements and deliberate submersion in its stride.

Relatively long charge and, in keeping with a lot of compact lights, run-times in the higher settings are relatively short.

Good output and more potent than the lumens suggest. A good option for suburban commuting or extended playtimes, but look elsewhere if you're tackling unlit roads with any frequency.

Seems well made and the limited lifetime warranty adds confidence.

Close to that cited, and 61g shouldn't be a problem for most riders.

If you are primarily looking to be seen and do shorter runs along unlit roads, the Dayblazer 550 is a credible choice. It's compact, easy to use, and feels solid. However, the run-times and three hours to charge limit its horizons somewhat, especially if you are using the higher constant settings with any regularity.

Compact, solid, and simple to use. Pure arc of light and useful flashing/pulsing modes.

It's well priced. BBB's Strike 500 has a slightly lower max output and is £15 more than the Blackburn; its mount merits improvement, too.

The Ravemen LR500S is the same price as the Blackburn but, like the BBB, also 50 lumens down on max output. It does offer better run-times than the Dayblazer, though.

Would you recommend the light to a friend? Maybe, though there are others I'd steer them towards first.

It's a good light, well made and competitively priced. However, the run-times in the higher settings are quite short, which limits its horizons beyond the suburbs. 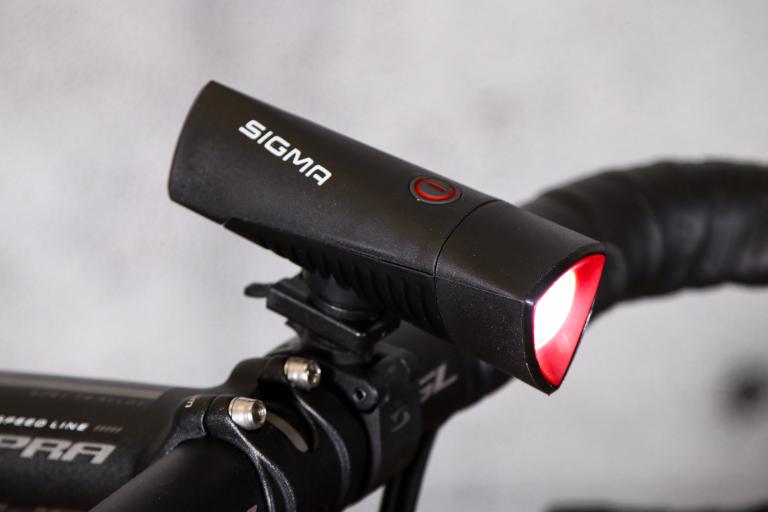 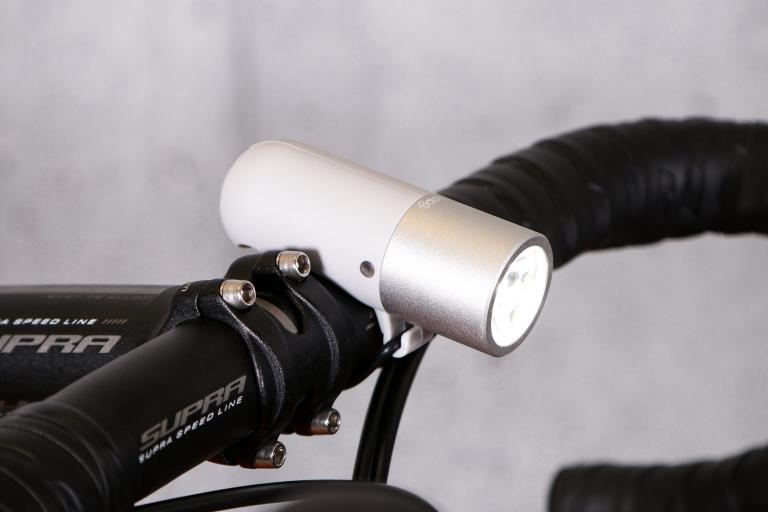 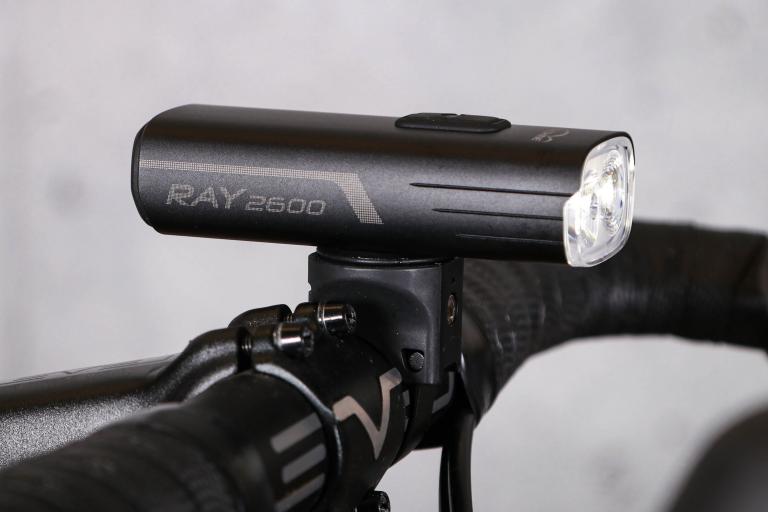 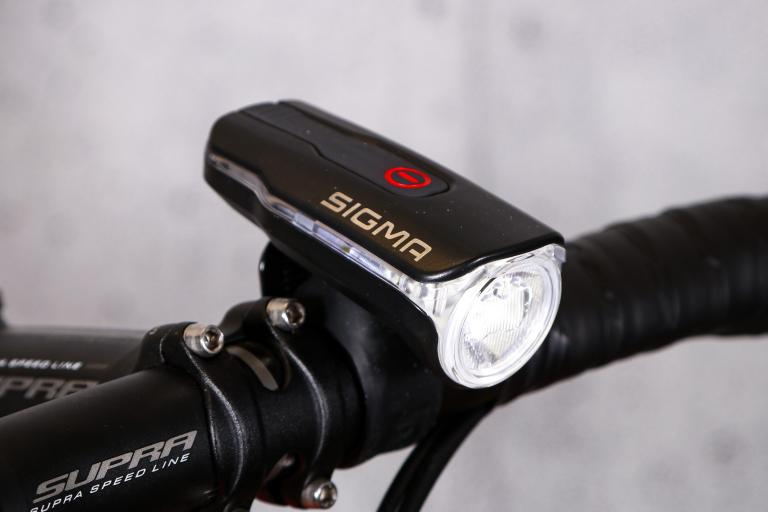 Practical and long-lasting headlight for general riding, but not the best for unlit roads