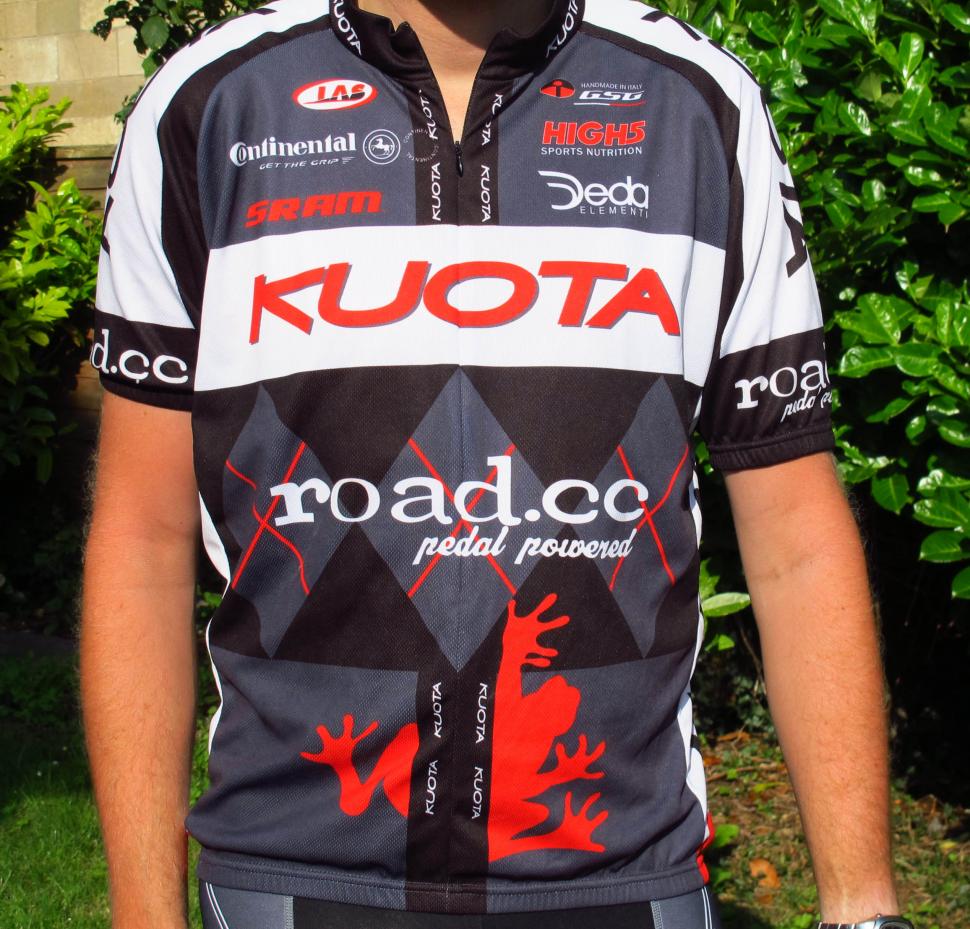 Anyone who has been to China can attest that the place is awash with fake stuff. Some fakes are well-known (Rolexes, Gucci bags and so on); some are rather more disturbing (pharmaceuticals, chicken eggs).

When I was in Beijing this year, I noticed that cycling team kits are now appearing alongside the Barcelona shirts, Nike trainers, North Face jackets and so on in China's markets. When I found a Kuota-road.cc kit for sale, I couldn't resist.

The kit comprised short-sleeved jersey and bib shorts. I was initially unsure of the wisdom of securing the family legacy in a set of fake bibs, even though the pad looked a bit more convincing than I had expected, but when I stretched the waistband and the stitching started to fall apart, I quickly decided I wouldn't be buying the shorts.

The jersey, however, is really not that bad at all. It claimed to be made from Coolmax, a claim that I treated much like the stallholder's insistence that it was "made it Italy". However, the fabric is similar to that on other mid-range jerseys you can buy in Europe and does a surprisingly good job of keeping you cool and dry.

On a recent touring trip to France, we went through some pretty torrential downpours, and within half an hour after the rain stopped, the jersey was dry. On the hot sunny days the good breathability kept me comfortable and cool.

Like the real team jersey, it has 3 pockets on the back. These coped well with wallet, phone, keys and so on - I had thought they might start to come apart, but they didn't. Unlike the real jersey, it has a 3/4 zip instead of a full one. The seams are not flat-lock which in theory would make it less comfortable, but over 700km or so I didn't find this a problem.

One or two other details give the game away if you look closely - some of the logos don't look quite right - especially the road.cc one, which is a bit of a mess - and there are no silicon grippers inside the hem.

I bought an XL which fitted me well - it's not race-fit but was comfortable and didn't flap around too much.

The jersey has been through the wash quite a few times and survived without any bobbling or fading.

I bought this mostly because I was amused that the road.cc argyle had made it to the fake markets on the other side of the world, but to my surprise it's really not that bad at all. It didn't fall apart after 5 minutes as I might have expected, and survived a cycle touring holiday in good shape. I haven't tried the real team kuota-road.cc kit, and I am sure that side-by-side you'd see the differences, but for a cheap jersey it's really pretty decent.

The goods in Chinese fake markets are increasingly aimed at foreign tourists, so the products on offer tend to mirror a slightly skewed Chinese perception of what westerners want. They've obviously picked up that people are buying replica cycling kit in Europe and the US, and hence the fakes are starting to appear.

You don't buy something like this expecting it to be the same as the real thing (or at least you shouldn't). That being so, I was pleasantly surprised at the fact that this is a pretty nice jersey to ride in.

Short-sleeved, 3/4 zip cycling jersey. Claimed to be made from Coolmax - I wasn't able to verify this, but it is far from the worst fabric that I've ridden in. No silicon grippers. Three fairly robust pockets (none with zips) at the back.

Much better than I'd expected (and much better than the shorts with which it was being sold). Quality akin to a jersey from the lower end of a decent manufacturer's range.

Was very quick to dry, breathable and generally comfortable in a wide range of (summer) riding conditions.

Again, better than expected. 1000km or so and numerous washes later, it still looks almost like new.

Lack of flat-lock seams and silicon grippers do count against this, when compared to the real thing ... but in use neither was really a problem for me.

Hard one to rate, this - the price paid was after a considerable amount of bartering (I think the price started at around £80 - rather higher than the list price for the real thing!). Given that you can pick up a passable fake football shirt for £5 in a Chinese market, £22 seemed steep ... but then it's still rather less than the real thing. In terms of what you'd pay in Europe for a similar jersey, it seems good value.

Nice styling (props, Oli), decent fit, surprising comfort and durability. Oh, and the fact that I might have the only fake road.cc jersey in the country!

Nothing particularly. Would have been nice if the bib shorts were better made I guess.

Would you consider buying the product? Yes, I did.

Would you recommend the product to a friend? Yes, provided they had no moral objections to such things... 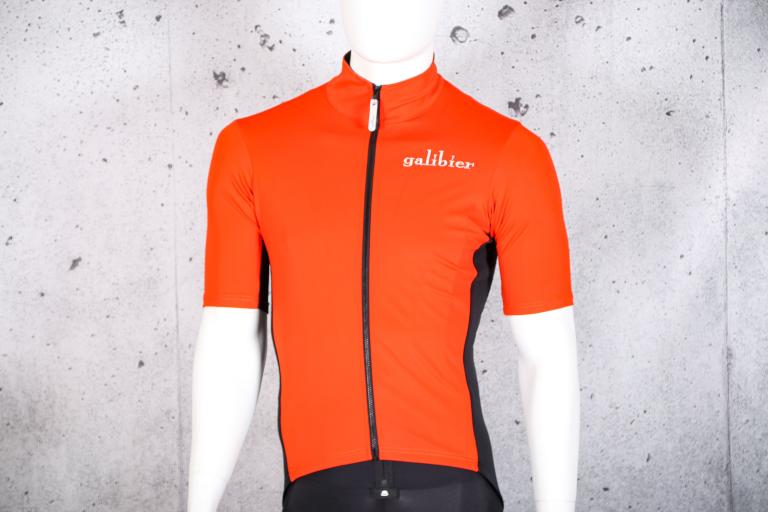 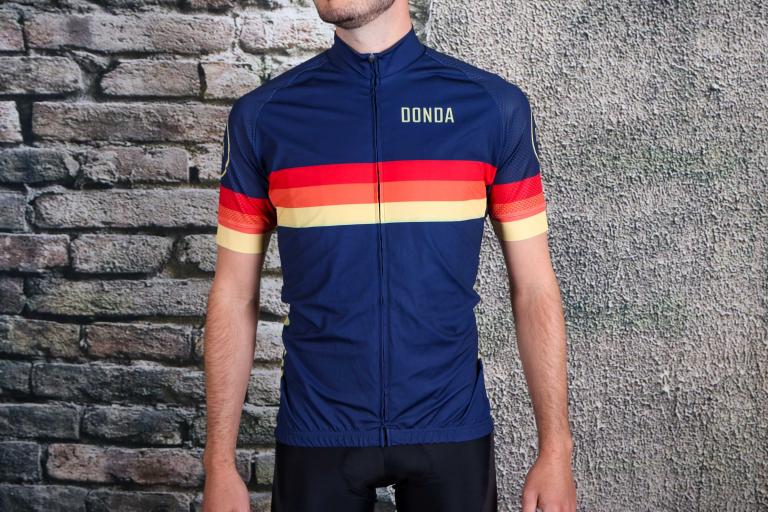 A good jersey from an exciting new brand, though the mesh on the arms and shoulders limits its use 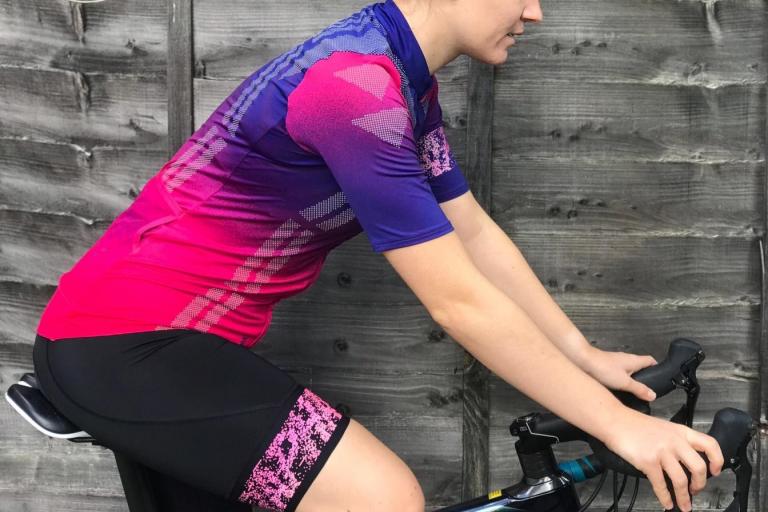 High-quality, lightweight jersey that performs well whether you're racing or training 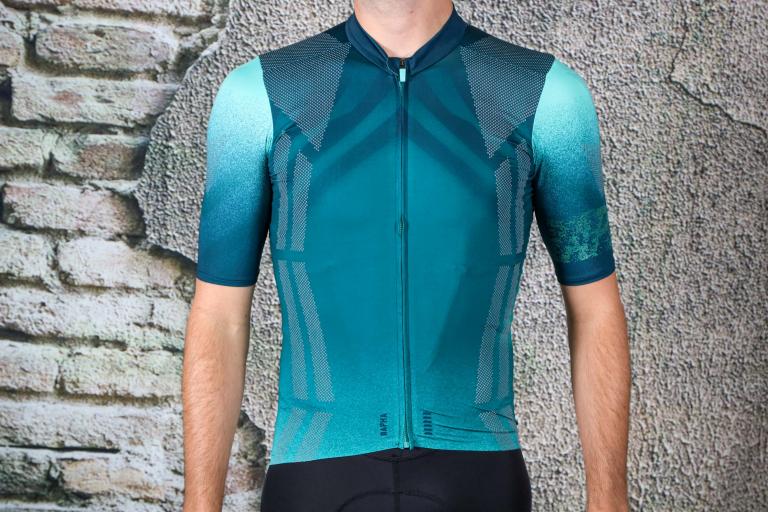