7
10
Good, solid front light for seeing with and being seen, day and night
Weight:
169g
Contact:
www.raleigh.co.uk
How we test

The Moon Meteor Vortex Pro is a nicely executed, compact light with settings for most occasions, from seeing where you're going on pitch black lanes, to being seen in built-up areas and during the day. It also offers the ability to program your own if the default settings don't suit. Run-times are reasonable, and a replaceable battery enables longer rides at full whack.

This year's model has fewer modes than the one Stu tested in 2018, and Boost has gone up from 900 to 1,100 lumens, which should suit night owls like me who spend much of our winter nights tackling pitch black lanes. 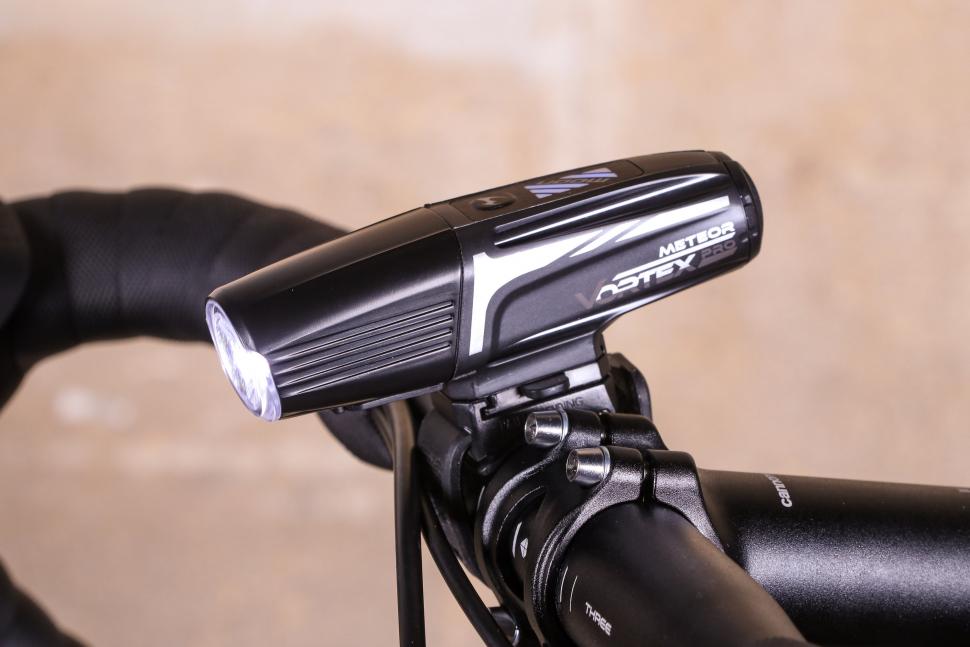 There are two more steady modes, 750 lumens and 120 lumens, plus three flashing (one for daylight) and an SOS, which is designated for emergencies only.

However, the light also features a Variable Lumen System – VLS. This allows you to set the power output of any of the modes other than Boost or SOS within a range of 20-750 lumens. It took me a few attempts to get the hang of it – possibly I was overcomplicating things, Dave in the office found it very easy to configure from the off – but its benefits grew on me.

Otherwise, specification is very similar to its 900-lumen predecessor: a CNC machined shell, Cree XM-L2 LED diode, and replaceable 3.63V 3350mAh battery, which means a dying cell doesn't render the light bin-fodder – plus you could always buy a second and carry that, just in case or for really long rides. 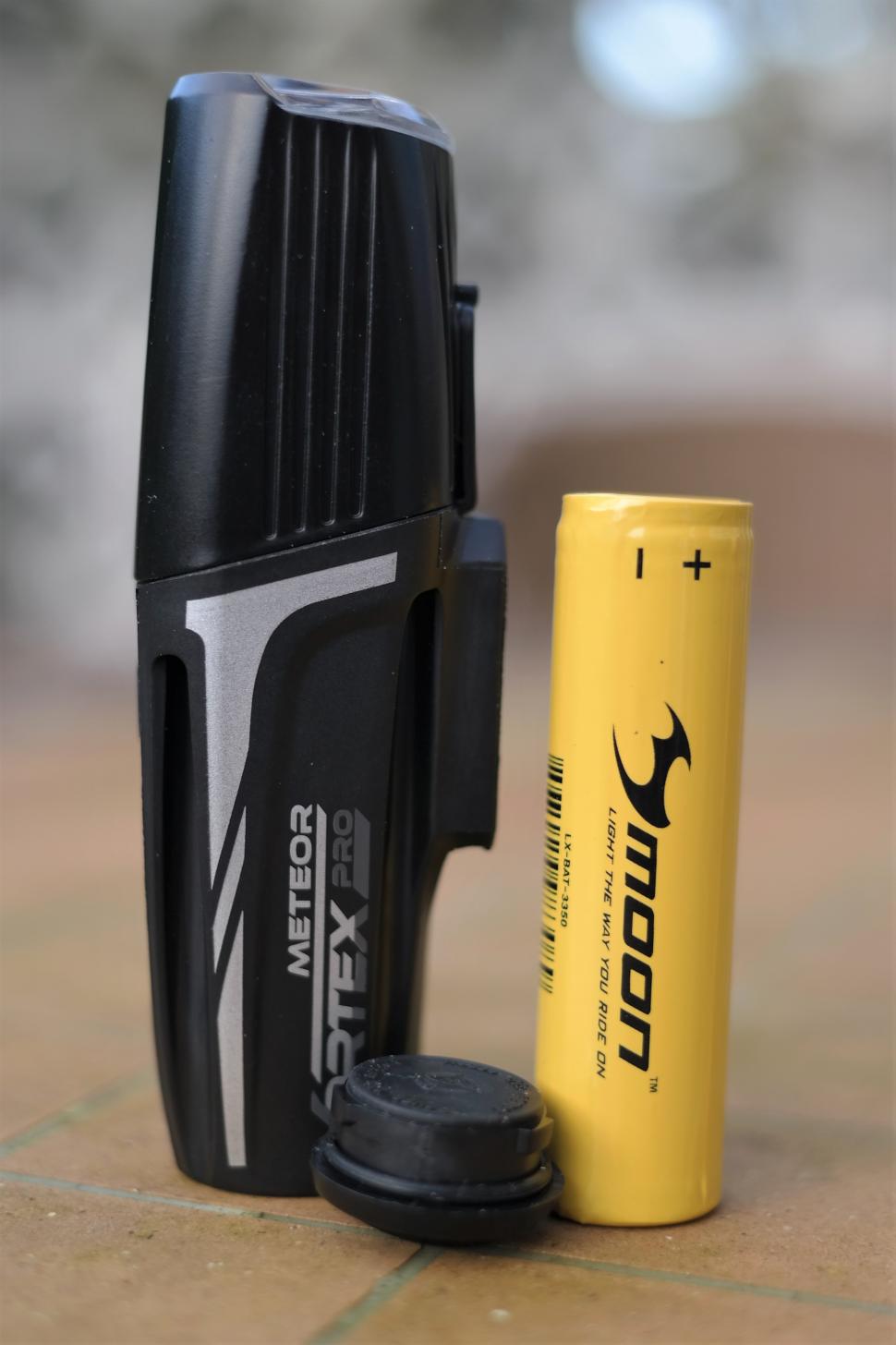 The light has an IPX4 rating for weatherproofing, which means it's splashproof; you could put a sliver of silicone grease on the charge port cover and battery compartment if you wanted, but I've had no issues even in torrential rain.

The default settings are listed in the Test Report below, but VLS means you can change the output of the 750 and 120-lumen constant modes and the three flash modes, Flash 1 (100 lumens), Steady Flash (200 lumens) and Day Flash (400 lumens). You can set these to anywhere between 20 and 750 lumens, by doing this:

3. Hold the button to select VLS mode and keep holding as it scrolls up and down until it's the brightness you want...

This is then committed to the light's memory. This allows you to tailor the light to suit your environment. To restore the factory preset you simply remove the battery, depress the power button for a second or two, and then reassemble.

The switch is a small button type with a relatively soft action but features a locking mode to prevent unwanted power-ups. Simply turn the light off, hold the switch for six seconds and it will lock – denoted by a clear blue line. To unlock, again hold continuously for six seconds.

Otherwise, press once to power up, then subsequent single prods change mode, double for boost. Depress the button for a few seconds to switch to the flashing modes.

The memory function saves faff, although changing modes mid-ride is simplest with the included wired remote. Tidy folks could run the wire beneath their bar tape. 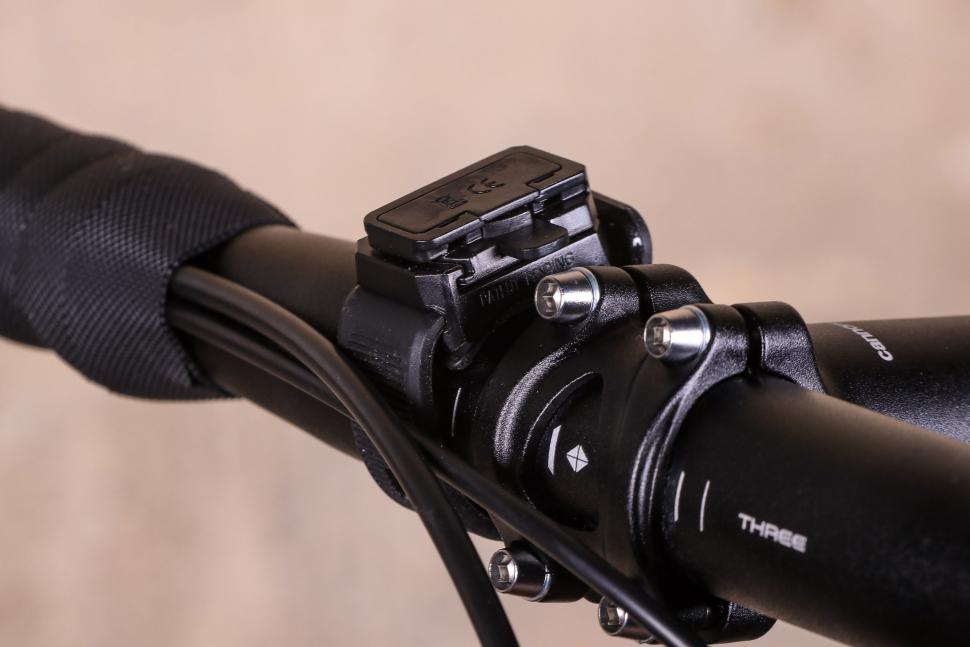 Bike or helmet-mounted, there's some very minor vibration when thundering along an unmade road, but nothing in the way of slippage. 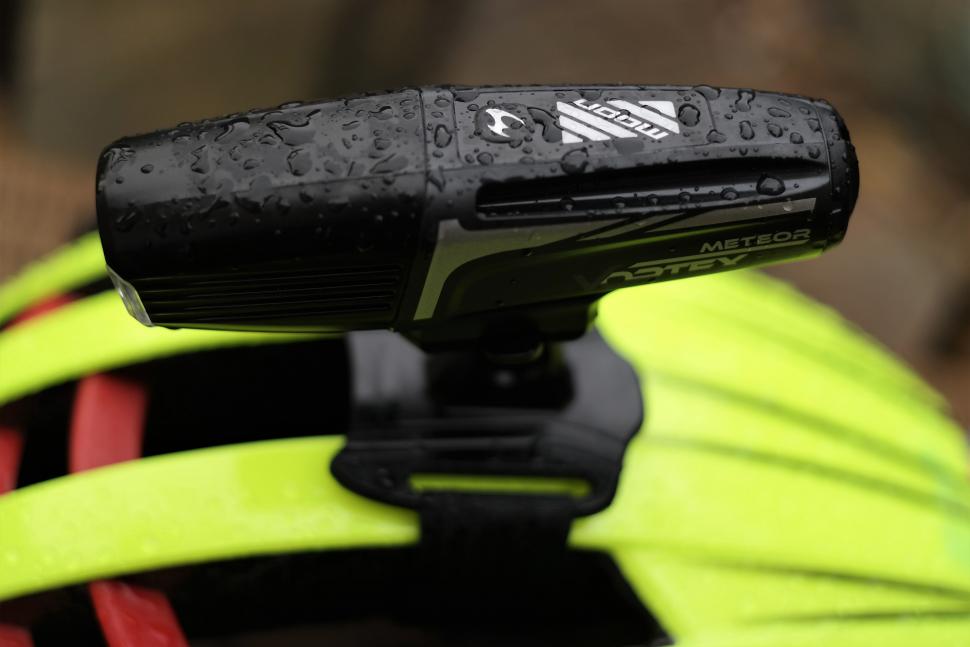 Overall performance, taking into account price and specification, is very favourable. Lens and reflector quality is good rather than great, but with the full 1,100 lumens on tap I've had no problems picking out potholes, ruts and glass from about 10 metres, riding at 22mph on the darkest roads.

Tackling a 1-in-7 descent at 30mph required greater concentration, but again leaves, dung, potholes and kamikaze rabbits were easily spotted/avoided.

There's a good spread of light too, alerting oncoming traffic at 30 metres or so.

Run-times are cited as 2hrs 15mins and I've come within 10 minutes of this, in temperatures ranging between 2 and 6°C. Given the battery type, I wasn't surprised to lose a few minutes when temperatures dipped below zero, but the charge life indicator clues you in pretty well, allowing time to prod down.

When it comes to recharging, bargain on four hours, zero to hero, longer if refuelling from a PC/similar device. Solid blue denotes fully fuelled. 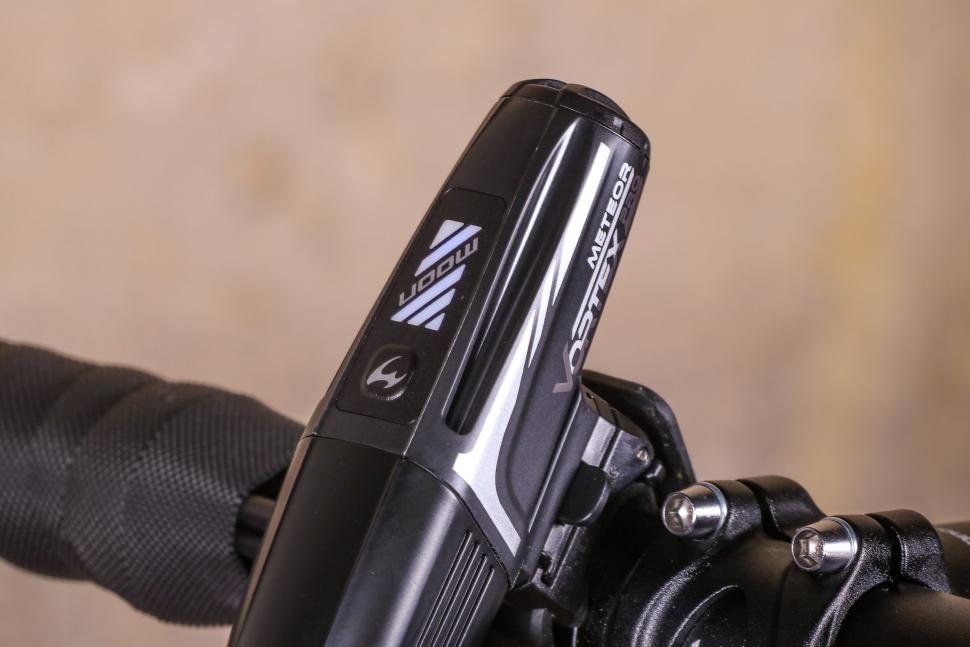 The next brightest mode, 750 lumens, is still good enough for dark roads and I've slipped to this, extending battery life, without trading too much output. Helmet-mounted, paired with higher power dynamo/rechargeable bar-mounted systems, it's pretty effective and brilliant for tackling punctures and similar mechanicals along very dark roads or trails. I wasn't overly conscious of its weight either. I found it came up about 10 minutes short of the claimed 3hr run-time.

I was a little sceptical of the 120-lumen default setting – yes, it's good enough for shared use town paths perhaps, and useful for reading road signs, rummaging in panniers and tending to a mechanical, but around town I felt more comfortable with the 200-lumen Steady Flash.

With street lighting there's enough power for spotting hazards, while the distinctive pulsing tempo signals your presence to around 60 metres on a clear night. I've cruised past the 30-hour mark and it's reckoned good for 52 hours.

The 400-lumen Day Flash has also pleased me, with more than enough punch on murky open roads without being aggressive or drowned out on the high street scramble. Friends reckoned they could pick out its flashing tempo at 55-60 metres. Some considered it borderline antisocial on group rides, and in those instances I've gone for the 200-lumen option.

Moon reckons 129 hours for the Day Flash, and I've come nowhere near calling its bluff. Nor, thankfully, have I needed the SOS.

A penny shy of £80, the Meteor Vortex Pro offers solid value for money. It's £10 more than Lezyne's 1,000-lumen Lite Drive 1000XL, but the Lezyne's mode sequences and bar mount would merit revision.

It's the same price as Giant's Recon HL900, and £30 cheaper than Cateye's AMPP 1100, which offers a good performance but shorter run-times.

In my opinion, the Meteor Vortex Pro is a solidly made, affordable light with a good choice of modes and outputs, plus the ability to set five of them to suit your own requirements. On paper, the weather sealing could be better but this hasn't been an issue during testing, and a replaceable battery is a definite plus.

Good, solid front light for seeing with and being seen, day and night

Moon doesn't state what it's for; I would describe it as a very versatile torch-type light for most types of road-biased riding.

Generally very solid, thanks in no small part to the aluminium body.

Bar mount seems universally reliable with all shapes and diameters. Helmet mount good rather than great, but certainly better than some OEM types I've used.

Hasn't missed a beat, despite prolonged exposure to torrential rain and being left in situ during sudsy bucket bike washing.

Run-times are favourable, and there are ample modes to suit most road biased conditions. Zero to hero charge times are slightly pedestrian but nothing unusual by genre standards. The replaceable battery is a plus, since you can carry a spare and switch to that, on longer rides or forgetful moments.

Enough wallop for dark roads, and sensible number of modes which you can tailor for a decent blend of output and economy.

Solidly built and no problems to date. However, I'd be tempted to add a precautionary lick of Vaseline to the battery contacts if you're regularly riding in foul weather.

Feels solid, but not hefty atop a helmet.

Overall, the Moon Meteor Vortex is a solid choice for those seeking to tackle a wide range of road biased riding The VLS (Variable Lumen System) allows some customisation so you can tailor modes to your needs, run-times are favourable and I like the option of being able to purchase spare/replacement batteries.

Mastering the VLS system took me a few attempts... useful once you've got it sussed, though.

Would you consider buying the light? Yes, for a lightweight commuter/winter trainer.

Overall, it's a decent all-rounder for those who want to ride in a wide variety of contexts. The ability to program your preferred output and to carry spare batteries are definite pluses. In some respects the lens could be better, likewise waterproofing, but in fairness both are up to the job.