6
10
Useful second light if you have a compatible Giant helmet
Weight:
26g
Contact:
www.giant-bicycles.com
How we test

The Giant Numen Plus Link TL (it stands for Tail Light) is, as the name suggests, an integrated rear light designed specifically for Giant's own range of helmets. It's a bit of a niche product in some respects and many standard lights can be persuaded to fit road and trail helmets too.

The Numen Plus Link TL attaches neatly to Giant helmets via magnets, one on the light, the other hiding behind the Giant branded panel. These aren't the most powerful connection but it's firm enough for most people's needs and some mixed terrain shenanigans hasn't dislodged it. You can also mount it on the seat post, as per the photo above.

It also uses magnets to link with the charger. This is neat from a designer's perspective but commits you to not losing Giant's cable. On a day to day basis, this isn't a problem but will require a more disciplined approach to refuelling; you can't use any old micro-USB cable like those almost universally used with phones. It takes three hours to charge from fully depleted. 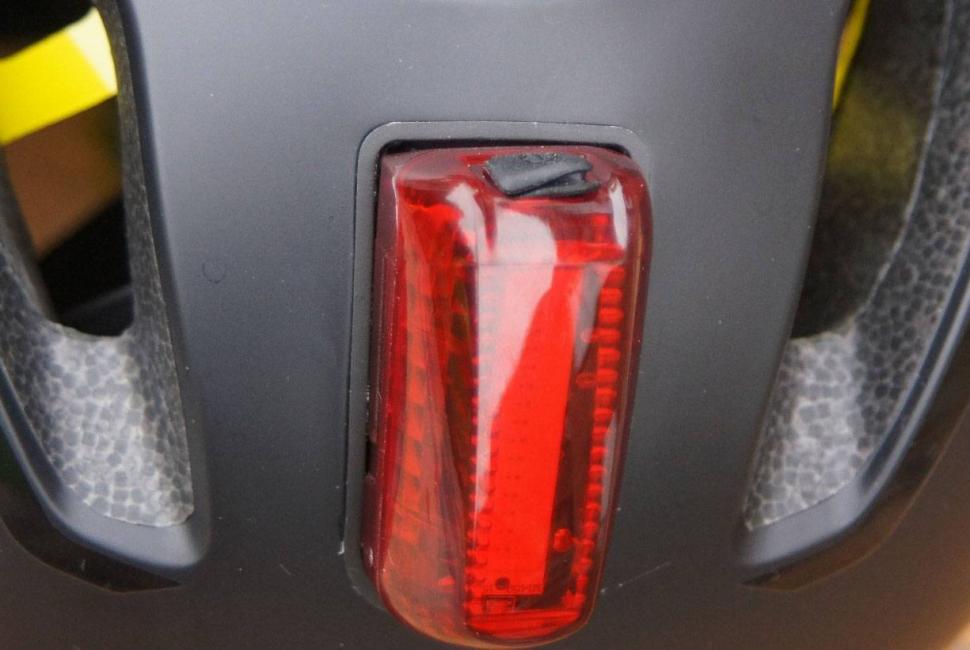 This is a relatively sleek design but blessed with plenty of peripheral presence. Twenty lumens is a decent amount if light for most situations, although especially for a light on your helmet. Over the past few years, I've experimented with helmet-mounting 50 and 60 lumen models but found them unnecessarily harsh and more likely to dazzle other road users.

It's brighter than numbers alone would suggest, thanks to 'chip on board' (COB) LED construction technology, which crams multiple emitters into the same space, increasing their intensity and impact. A heat sink is employed to regulate temperature and increase their useful life.

To eke out as much run time as possible there's a sensor that automatically switches the light on/off according to light conditions. Nothing new, Shimano Nexus dynamo switches had this function some 17 years back. Both required some trial and error moments, although given the unit's location, you'd need to be doing some serious green laning to obscure the sensor and therefore constantly engage the switch.

Read more: Buyer's guide to rear lights — make sure you're seen at night

Talking of engagement, the switch is a sensibly sized rubberised affair that is intuitive enough to operate in gloved hands but requires a definite press, so accidental engagements have not been an issue.

Held for two seconds and it comes alive, then prod firmly to cruise through the four modes. At its most basic, we only need flashing and steady options but four settings will suit most situations. We have high and mid constant settings, which appear to be 20 and 10 lumens respectively and two strobing: flashing and 'patrol'. The latter is essentially a quick pulsing. 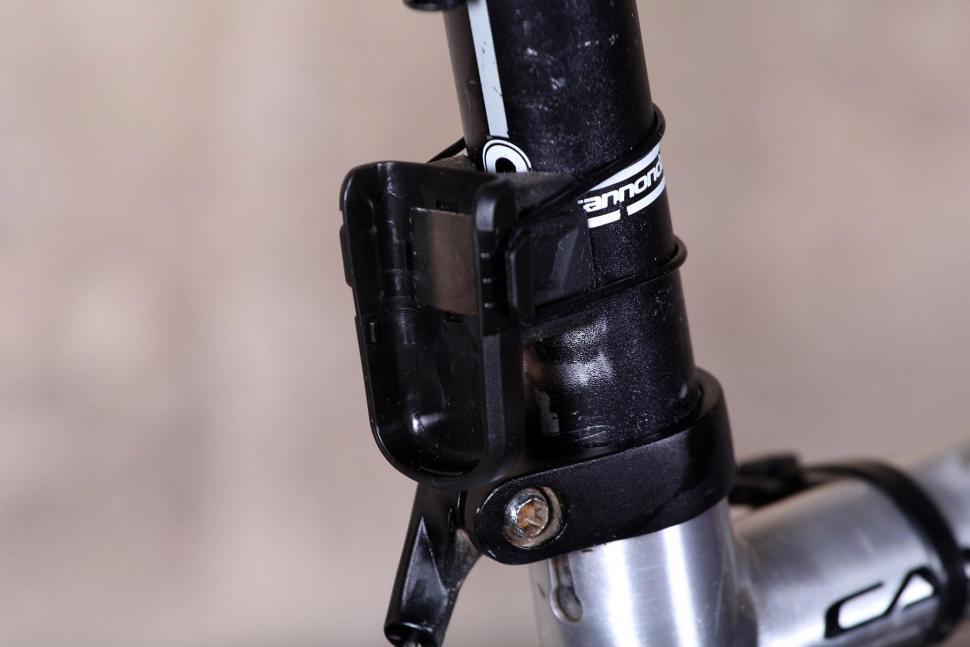 Giant don't list an IPX rating but suggest it's water-resistant enough to fend off heavy rain. I've not had any problems and subjected it to my usual garden hose test without incident. However, a few days into testing the press-fit rubberised switch cover came adrift, leaving circuitry and other sensitive electricals open to the elements. I'm confident ours was simply a rogue model and decent retailers would simply replace under warranty.

Giant don't break this down by mode but cite a middling five hours maximum. That's disappointing when pitted against similarly priced competition, like the Cat-Eye Rapid Micro X[/url. Admittedly, the Micro X a 15-lumen unit but it will flash away for almost 30 hours. Our Giant has returned 4 hours 54 minutes in flashing and patrol modes. High modewas good for 1hr 30min, mid for 2hr 30min. Those are fair numbers given the overall performance and for secondary lighting but this reinforces the point that you'll need to be disciplined about recharging.

While not daylight modes in the commonly accepted sense, flashing and patrol were surprisingly conspicuous in cloudy/overcast conditions, hence I tended to run them by default. The auto engagement function is reliable enough and while there was some occasional disparity between its optics and my eyes, the Numen Plus Link TL is intended as secondary lighting and I never felt the need to override it.

Along pitch black lanes, approaching riders reckoned they could spot me from around 200 metres: impressive. Given competing illumination, expect to be visible from around 100 metres through town. The 180 degree arc provides some welcome presence when entering the flow of traffic or tackling roundabouts. Twenty lumens is sensible in this context too; easily enough to snare and maintain driver attention but without dazzling at close quarters.

Overall, I've enjoyed using the Giant Numen Plus Link TL. Output and build quality are what I've come to expect from this end of the market and the auto function is surprisingly useful. However, the need for a dedicated charging cable can be awkward, especially if you've run out of juice and need to refuel at the office or a friend's house.

Useful second light if you have a compatible Giant helmet

My feelings "Overall, a surprisingly capable light if you have a compatible Giant helmet. Magnetic coupling system for charging may not suit everyone either."

Rate the light for quality of construction:

Generally good but rubberised switch cover wasn't the perfect fit it should've been on our sample.

Rate the light for design and ease of use. How simple was the light to use?

Stable and secure magnetic mounts ensure a clean aesthetic too.

Rate the light for waterproofing. How did it stand up to the elements?

No problems to date, in the everyday sense.

Middling charge times and run times, by no means poor but still disappointing compared with some other brands' budget models boasting similar outputs and price tags.

Rate the light for performance:

Output and presence are pretty good across the board.

Rate the light for durability:

Build quality on par with others at this end of the market and generally good but switch cover was a potential entry point for water ingress on our sample.

Rate the light for weight:

Rate the light for value:

Overall, the Giant numen plus link TL is a surprisingly potent secondary light that, due in part to its location is more attention-grabbing than the 20 lumens might suggest. The intelligent auto sensor system, though nothing new (Shimano dynamo switches had these back in 2000) but effective and avoids unnecessary battery consumption. Magnetic, model specific charger has charm but I missed the option of being able to plug it in via micro-usb chargers.

Integrated design is a double-edged sword.

Would you consider buying the light? Possibly.

Would you recommend the light to a friend? If they had a compatible Giant helmet

Neat and capable light but brand specific integration limits the appeal, especially since many standard blinkies with rubberised straps can be successfully helmet mounted too.