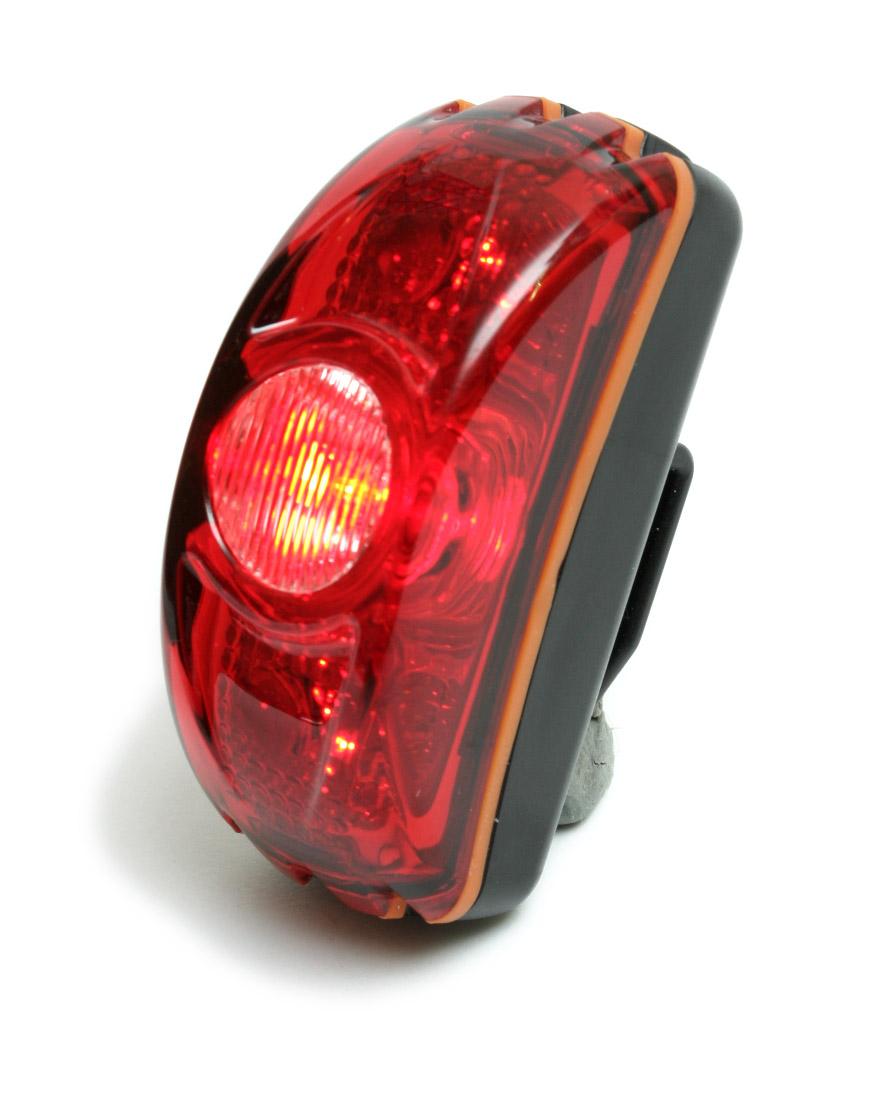 LED lights have developed at a blistering pace to the point where even half a watt’s output is becoming commonplace.

The aptly named Cherry Bomb features two retina burning modes and incorporates a collimator, (basically a lens which projects the light in a specific direction).

In the case of the Cherry Bomb it spreads the light giving much better peripheral visibility which should help make negoating roundabouts and emerging from junctions less dicey.

The other unique feature is the integral reflector, reacting to car headlamps even when the LED is off which could prove a lifesaver in the event of sudden battery failure. On the subject of batteries, burn times seem quite modest from two AAA cells. We got 18 hours on constant and 36 hours in flashing mode: with the Cherry Bombs you are trading run time for brightness. It's not nearly as bright but the Cateye rear light we reviewed recently will give more than three times as much run time. Mind you, If your commute takes you out beyond the street lights you may consider the trade off of run time for extra brightness is one worth making.

There are only two modes, constant and flashing. I'd prefer more flashing modes – although there are others on the road.cc team who would argue that two modes is all you need. Whichever mode you chose though, I can well believe you’d be visible from up to a mile away.

Build quality is impressive, substantial weather seals sandwiched between the robust casings mean you can forgo the time honoured slither of Vaseline on the battery contacts. Distributors 2Pure tell us they kept one in a bucket of water and then froze it into a block of ice and it still kept going. So I popped it in a bucket of water for the night and, yep, it was still going strong in the morning.

The small-rubberised switch is very tactile and sensibly positioned to avoid accidental triggering in the bottom of a bag although feels remote operated in gloved hands. Similarly, the main, post mounted bracket appears suitably sturdy-even over rough surfaces. The clothing clip is adequate attached to the jersey pockets of a training jacket but is a bit too hit and miss on courier bags and/or webbed strapping.