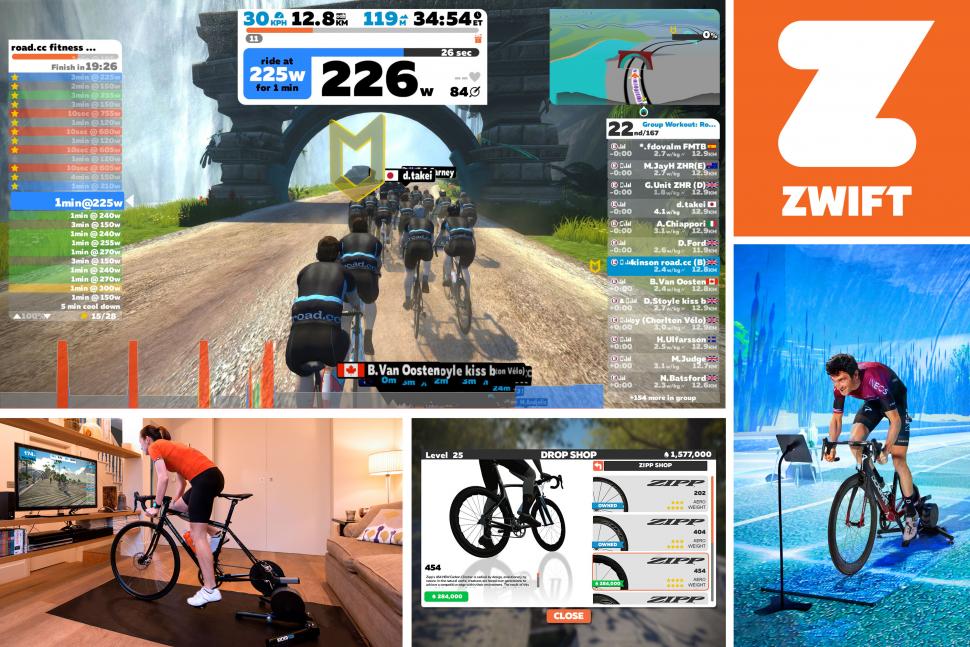 How to get started with Zwift

Want to ride indoors? Here's how to get started with Zwift and make your home trainer sessions more fun with virtual rides, races and group training sessions
by Mat Brett

I’m riding the UCI Road World Championships course, digging in deep after a lumpy loop of the Yorkshire countryside and trying to stay with the pack as the road ramps up through the centre of Harrogate towards the finish line. 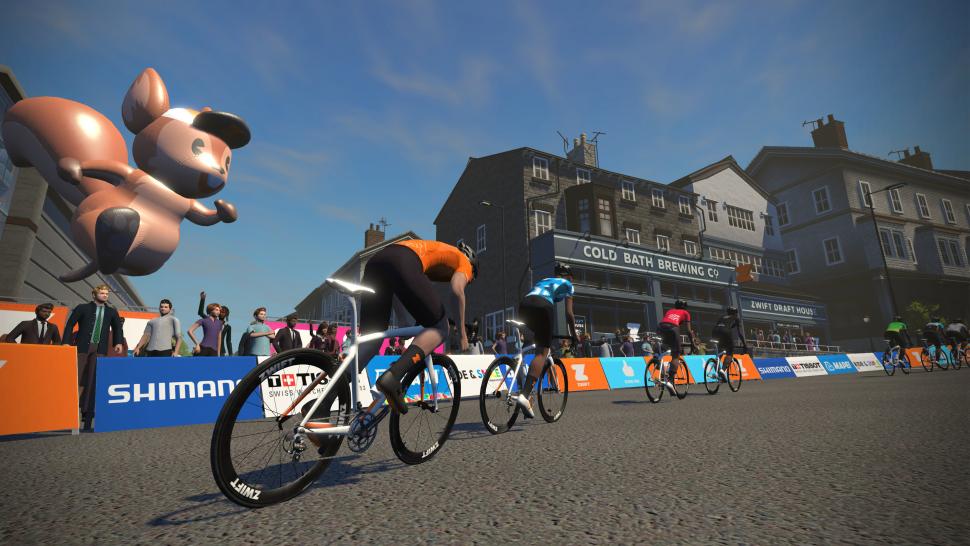 Hang on, though! There’s no traffic, and the road is full of cyclists. It’s not raining, either. Okay, I’m not really there: I’m sat on the turbo trainer in my spare room, going harder than ever before.

This is Zwift and it’s a lot of fun.

Zwift is a way to ride your bike online in a virtual world. And it's booming, with thousands of people riding at any one time. Its most compelling feature is the ability to ride with (or compete against) other people across the world. You can just hook up with your mates, or you can train and race at any level, all the way up to the inaugural UCI esports World Championships which will take place in 2020.

To use Zwift, you put your bike on a turbo trainer, you link your setup to your computer, tablet or phone, and you ride online courses – against other people if you like. That’s it in a nutshell. Think of Zwift as an online computer game with your legs controlling your performance.

“Zwift is the first company to use massive multiplayer gaming technology to bring the outdoor cycling experience indoors,” says Zwift – only you can leave the bad weather and dark conditions outside.

“Athletes from around the globe can ride with each other in rich 3D generated worlds simply by connecting their existing devices". And using Zwift is easier than you might think.

What equipment do I need?

Okay, so what do you need to get started?

First and foremost you’ll need a bike, of course, and some kind of indoor trainer. Then you’ll need a device to run the Zwift app on, and some means of sending data from one to the other. Oh, and some internets. But you’re reading this, so you have that already.

The Zwift app runs on PC and Mac desktop computers and also on Apple TV, iOs and (more recently) Android, so you’ll almost certainly have at least one device already that’s capable of running the software: your laptop, tablet or smartphone will do the job. The bigger the screen, the better the experience! 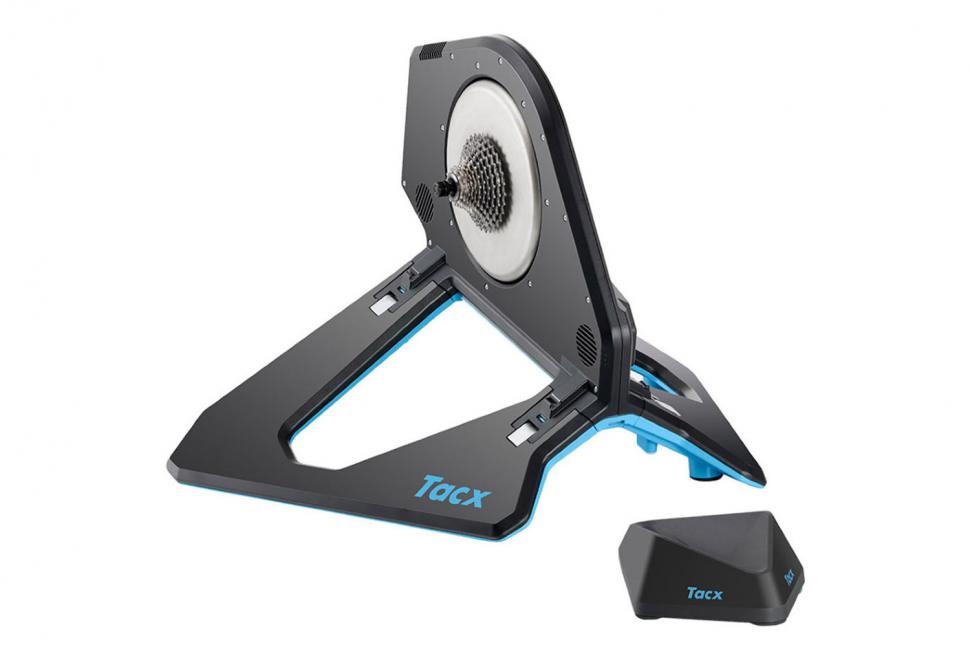 Zwift has calculated a very specific power curve that includes acceleration data for a small range of trainers; currently there are eight. It calls this zPower, and the result is a power reading that responds both to your speed and your acceleration, so if you hit a sprint you’ll get more accurate numbers. A much bigger range of trainers (50+) are supported for estimated power: if you’re holding a certain speed then the power data will be reasonably accurate. If your trainer isn’t on that list you can use a generic profile, but your power will be limited to 400W.

If you have an electronically controlled smart trainer like the Tacx Neo 2 pictured above, you can take things to the next level. The resistance of the trainer will increase and decrease as the gradient changes in the game, and if you sit behind another rider you’ll find it a bit easier. The Neo 2 will even simulate road surfaces, so you’ll feel the cobbles or the planks of a wooden bridge as you ride over them. Clever eh? 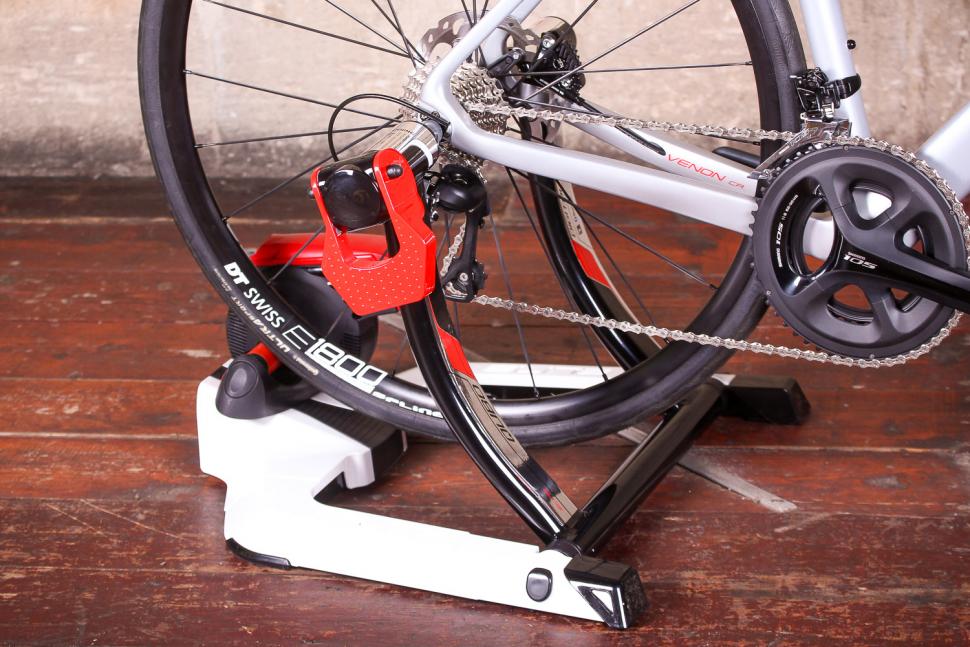 Smart trainers can be expensive, but not all of them are. The Neo 2 is £1,199, but smart trainers such as the Elite Qubo Digital Smart B+  can be had for less than £200 if you shop around. Other turbo trainers from Wahoo, Saris, Kurt, Minoura and more will do the job just fine too.

Go to Zwift’s website for a full, up-to-date list of compatible power meters, and smart and conventional turbo trainers. There’s a list of supported smart bikes on there too, and even some rollers!

As mentioned above, if you’re not using use a power meter or one of the smart trainers, you need to have a speed sensor attached to your bike – working from the rear wheel, obviously, because your front wheel won’t be moving.

If you haven’t got one already, you can buy a speed sensor for not much .

Some speed sensors also measure cadence (pedal revolutions per minute). If yours doesn’t and you want it, you can add a cadence sensor. You can also add a heart rate monitor if you like; it’s pretty useful to have that data too, and they’re not expensive either.

Smart devices and nearly all computers can talk natively to Bluetooth devices, and many smart trainers and sensors will connect that way. If your trainer or sensors only use the ANT+ protocol, then you'll need a USB dongle for your computer. 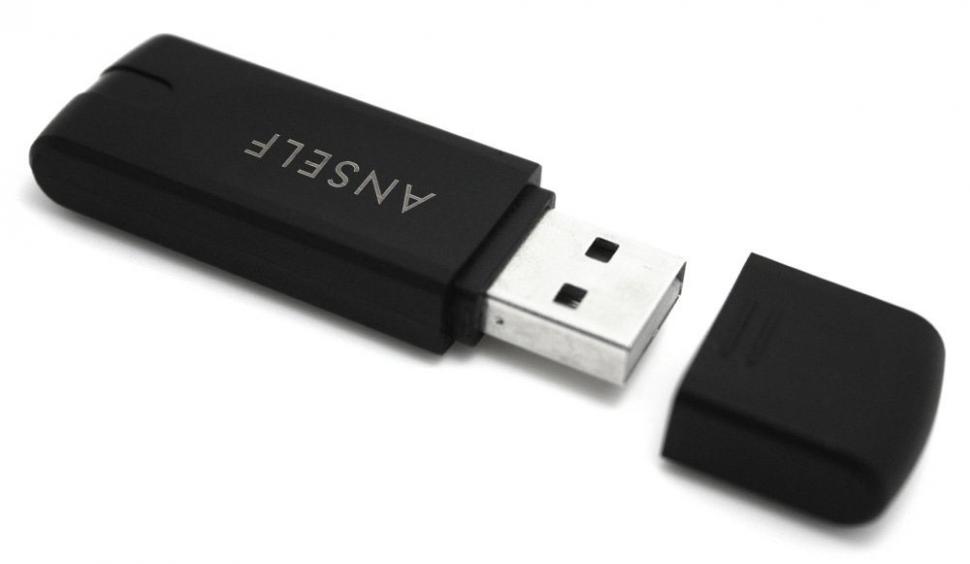 Zwift sells its own USB ANT+ Stick for £26. Cheaper alternatives include the Anself USB stick for just over  a tenner. We’ve tested the Anself stick and it works just fine; it's a big sticky-out thing, but if you can live with that it's a bargain. Zwift also recommends a USB extension cable to position the dongle closer to the transmitters on your bike. 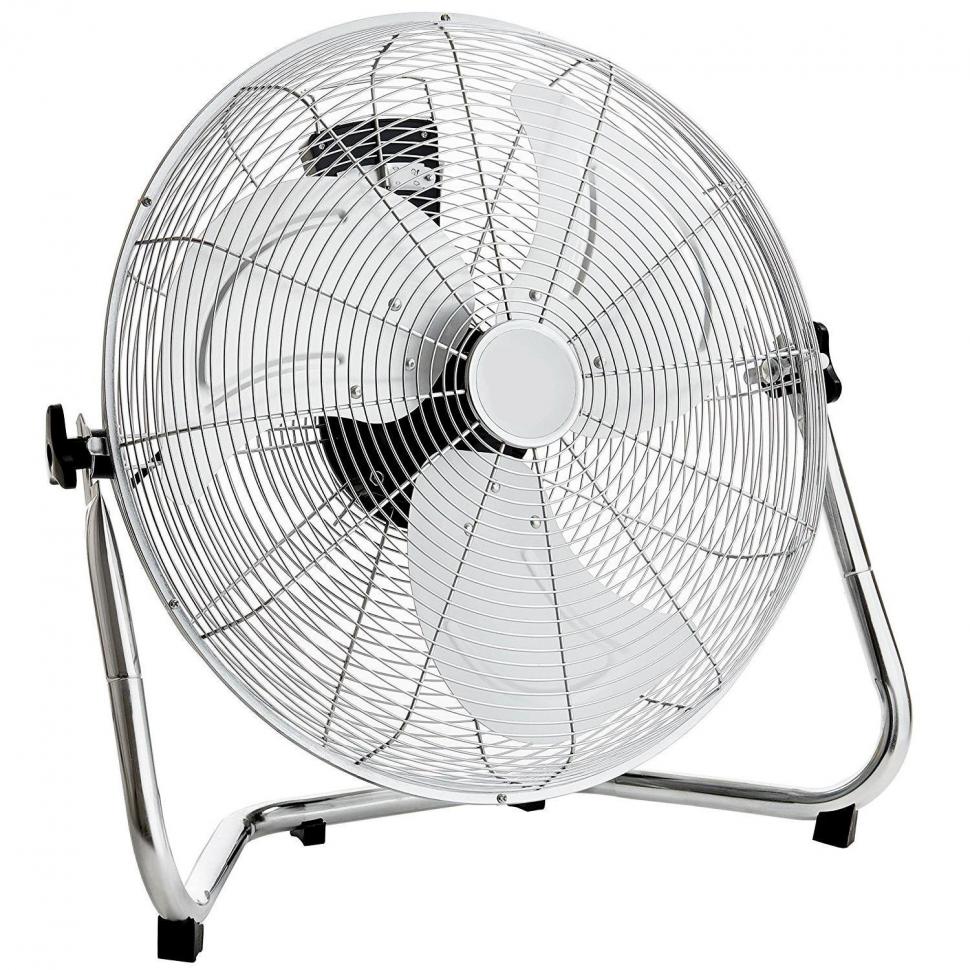 One last thing: you’ll really want a decent fan. Because if there’s no wind rushing past you, you'll quickly heat up on an indoor trainer, especially if you’re in a warm spare room and not relegated to the garage or the shed! Floor-standing gym fans and office-style pedestal fans both work well.

Zwift on the cheap: what do you need?

If you want to give Zwift a go, but don't want to spend a fortune, here's some inexpensive gear we'd recommend to get you started. The cheapest way to get going is with Bluetooth sensors, as nearly all laptops, tablets and phones support Bluetooth natively. A heart rate monitor is a useful addition to any setup, so consider that as an option.

So the minimum setup can cost you under a hundred quid, even factoring in a couple of months' subscription.

Getting set up for Zwifting

For my first foray into the world of Zwift I got this little lot together: First, you need to go to Zwift’s website and sign up. It's a paid-for subscription service that’s non-contract. If you’re in the UK it costs you £13 per month to use Zwift. If you’re based elsewhere it’s US$15. 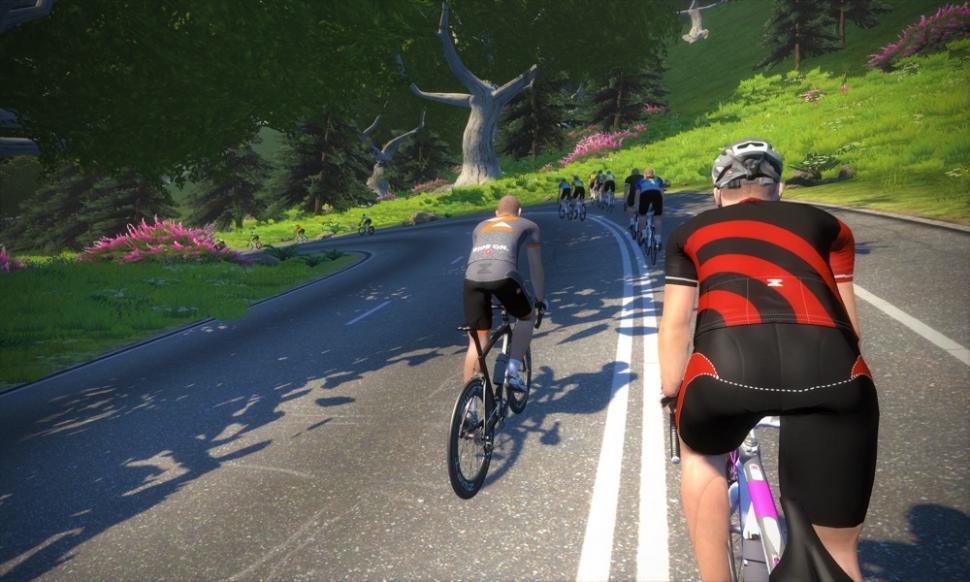 Once you’ve joined up you need to download and install the Zwift software on your computer, or get the app on your smart device. That’s simple; you just follow the instructions.

Then you launch Zwift, set up your profile, pair up your trainer or sensors (Zwift guides you through it), and you’re good to go. Whether you’re using a smart trainer, a power meter or a speed sensor, it’s pretty simple.

If that all sounds easy, it is. Genuinely, it takes a matter of minutes.

Most times when you ride the turbo it’s pretty dull, right? Ride outside on the road and an hour sails by in an instant. Ride on the turbo, on the other hand, and time does something curious. An hour takes about a week. It does for me anyway, even though I always chuck intervals into the mix. Zwift is like riding outside in that you get into it really quickly. The second another rider passes you on the screen or gets a bit of a gap, you want to jump on their wheel. Your power shoots up as you try to drag yourself back. You’re determined to drop other users on the climbs or at least not to get dropped yourself, and to bag yourself a good King of the Mountains time on one of the segments. Then, once you have your King of the Mountains time, you want to beat it on the next lap.

Everyone says this when they ride Zwift. They get drawn into riding with other people so that turbo training isn’t just bearable, it’s fun.

Okay, it’s not exactly like going out on the club ride or tearing it up on the road with a bunch of mates. But you can wave at other riders, give them a Ride On (a big thumbs up), flick an elbow when you want someone else to come through and do the work at the front, send real-time encouragement and communicate with the pack via group messages. You can also choose to see what’s going on from different points of view. It's really immersive, and a million miles from just sitting on the turbo and banging out the intervals on your own. There’s plenty to explore in the Zwift universe over and above just riding around. If you’re after structured training then workouts offer lots of choice depending on how much time you have. You can set yourself up with a multi-week training programme, and the pre-programmed workouts are designed to be progressive and inspiring, so that Zwift becomes a vital part of your training.

Once you’ve trained yourself up a bit, why not try a race? There’s loads of choice with events starting at all times of day, and you race in categories, a bit like in real life. On Zwift the categories are based on how many Watts per kilo you can put out, so you’re grouped with riders of a similar ability. If racing’s not your thing then there are plenty of other organised rides going on, some at a furious pace and some that are more social. There are group workouts too, and you can even organise meetups with your friends through the Zwift Companion app and ride together. The app also acts as an on-bike dashboard for Zwift sessions, giving you access to in-game functions without needing to reach your computer.