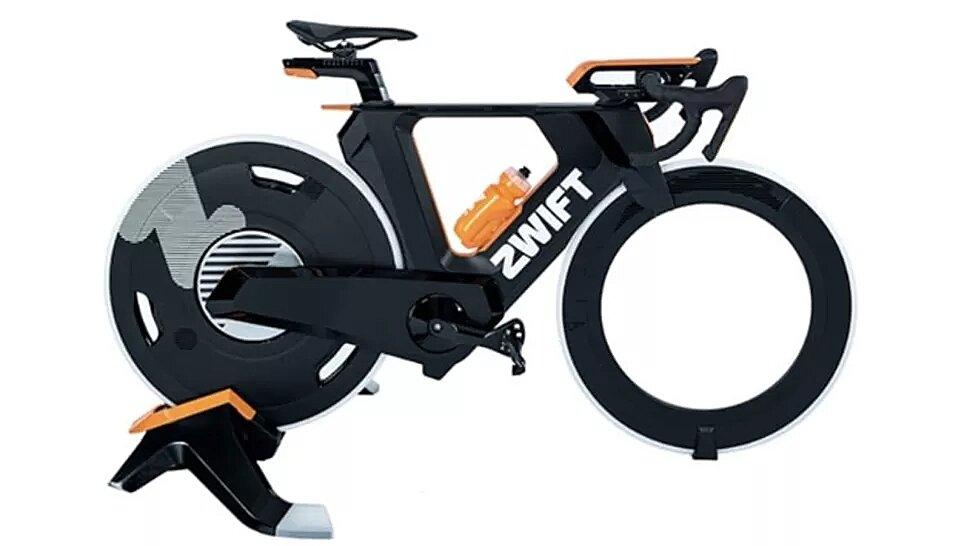 Just over two weeks after Wahoo confirmed that it had laid off around 50 people as the brand refocuses on indoor training software, Zwift has announced its own round of redundancies, which sources claim will affect over 150 staff.

The lay-offs largely centre on but are not limited to the company’s hardware division and come as Zwift says it is cancelling – or “pausing” – its plans to produce a new smart bike and trainer.

In January, the virtual cycling platform released details of its then in-progress smart bike and direct-drive turbo trainer designs in an online survey that was sent out to a small number of subscribers, leading to speculation that the arrival of Zwift’s indoor training hardware was imminent.

However, a Zwift spokesperson has told road.cc that the recent lay-offs form part of a scaling back of that project, owing to the recent fall in indoor cycling hardware sales since the end of the lockdown-induced boom of 2020 and 2021, as well as supply issues caused by the war in Ukraine.

“Given the current macroeconomic environment, we have decided to scale back our hardware offering, pausing plans to launch a smart bike,” a statement from the company reads.

“As a consequence, Zwift has implemented difficult, yet important changes to the organisation of the business. We are grateful for the contributions of all those impacted and have done our very best to support them.”

While Zwift refuses to confirm the exact number of employees impacted by the lay-offs (though road.cc has been told that the rumoured number of 150 isn't far off the mark), the company says that the redundancies were not purely focused on its hardware division and that all staff affected were given severance packages.

A Zwift spokesperson also claimed that, despite the redundancies and the suspension of the smart bike project, the business - and in particular its core virtual cycling platform - is “in a solid financial position at the moment” and that the company expects to see further growth in that area for the foreseeable future.

“We started to scale the business with anticipation of launching hardware, spinning those products up,” says Zwift PR director Chris Snook.

“But also, we planned for the additional revenue that would have been driven by sale of that hardware, and that revenue isn’t going to be coming in now.

“So the decision has been made to right-size the business as the result of the loss of that projected revenue stream.”

Snook continued: “We didn’t think it was a wise move to launch a high-end trainer or a high-end smart bike at this time.

“There are products existing on the market that are readily available, and there are going to be fewer people looking to spend big money on high-end trainers. We don’t want to be fighting for that space.

“The intent [of launching Zwift’s own hardware products] was always to grow the market, not to go into hand-to-hand combat with those guys, and that’s not great for the industry.”

> Zwift changes its layout – and people are very angry

Zwift says that the shift in the company’s focus will allow it to reprioritise its virtual software platform, which – as we reported last week – faced a backlash from users after its latest range of updates, including a controversial new user interface, were rolled out.

“We are committed to increasing the development of the core Zwift game experience, increasing the speed of new feature releases, and making the platform more accessible than ever before,” Zwift said.

Zwift, of course, isn’t the only indoor cycling business which has struggled in the current economic climate after an unprecedented surge in demand during the early stages of the coronavirus pandemic.

Two weeks ago, Wahoo announced the acquisition of virtual platform RGT Cycling, at the same time as news circulated of around 50 redundancies at the company, which the brand told road.cc were part of “strategic changes… made to support the growth and development of Wahoo”.

In November, shares at in-home fitness brand Peloton fell by a third, wiping $9 billion off the company’s market value, and resulting in the redundancies of over 2,800 employees (or one-in-five of its corporate staff) as part of severe cost-cutting measures.

The company also slashed the price of its entry-level Peloton bike by 20 per cent in 2021, squeezing margins and cannibalising potential sales of its premium Peloton+ model.