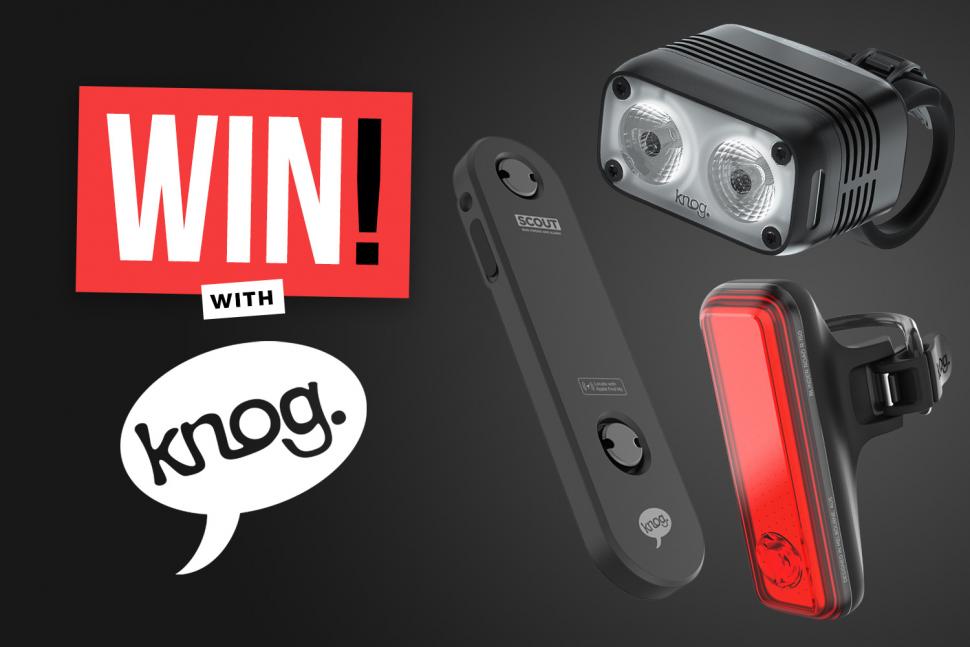 Knog competition is now closed and we can now announce the Winner! is it you? check below.
by roadcc staff

* THIS COMPETITION IS NOW CLOSED. THANKS FOR ALL YOUR ENTRIES! *

A representative from Knog will be in contact with you to arrange your prize.

Thank you for everybody who entered and better luck next time.

The nights are drawing in, it's the time of year when our lights return from their summer hibernation at the back of the draw and go back on charge...

Thanks to Knog you could be heading into autumn with a brand new set of its Blinder front and rear lights, as well as a Scout bike alarm. What's more, we've got four of the bundles — each worth £192.97 — to give away to our UK readers*.

All you've got to do is fill in the form down below and cross your fingers you'll be one of four lucky winners... 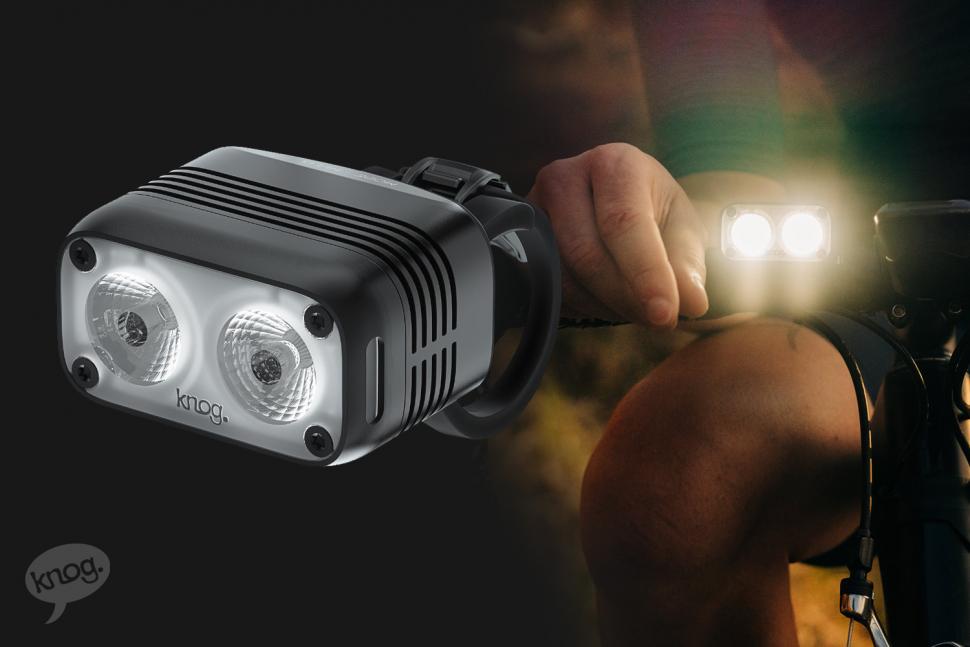 A reliable set of lights should be right up at the top of your winter cycling checklist. Even during the briefest of December daylight hours, lights will help keep you as visible as possible to other road users and help you ride into the dark evenings safe in the knowledge you'll be able to see everything ahead.

Jamie reviewed the Blinder Road 600 last November and found it to be "best suited to extending commutes home" and "nicely designed and durable"... so, no packing it in after one wet ride here...

The Blinder 600 also fits aero bars and is, Knog says, upgraded to be 1.5x brighter than the previous model. You might have guessed from the name, it offers 600 lumens of light, and charges via USB, so you'll just need to remember to plug 'em in. 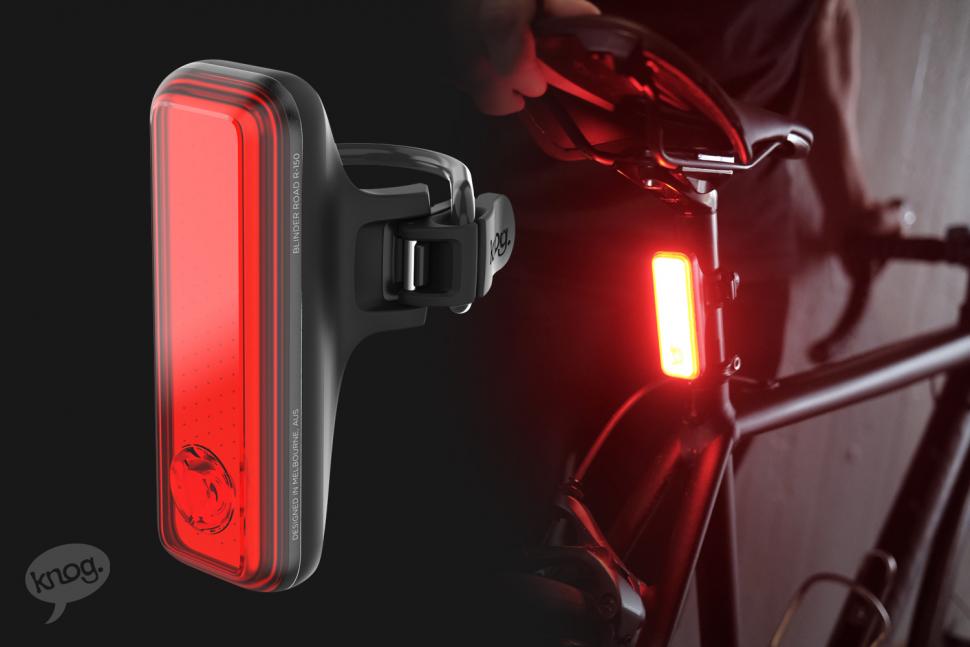 Even during daylight hours we rarely leave the house over the winter months without a reliable rear light flashing away behind us (only when we're on our bikes, obviously!)...

The Blinder Rear 150 won't be slowing you down, weighing just 40g, and has all the waterproof goodness of the Blinder Road 600.

It has eight modes, letting you pick between prioritising the maximum 50-hour runtime or opting for one of its most eye-catching patterns, and will handily let you know when your light dips below 10 per cent battery. 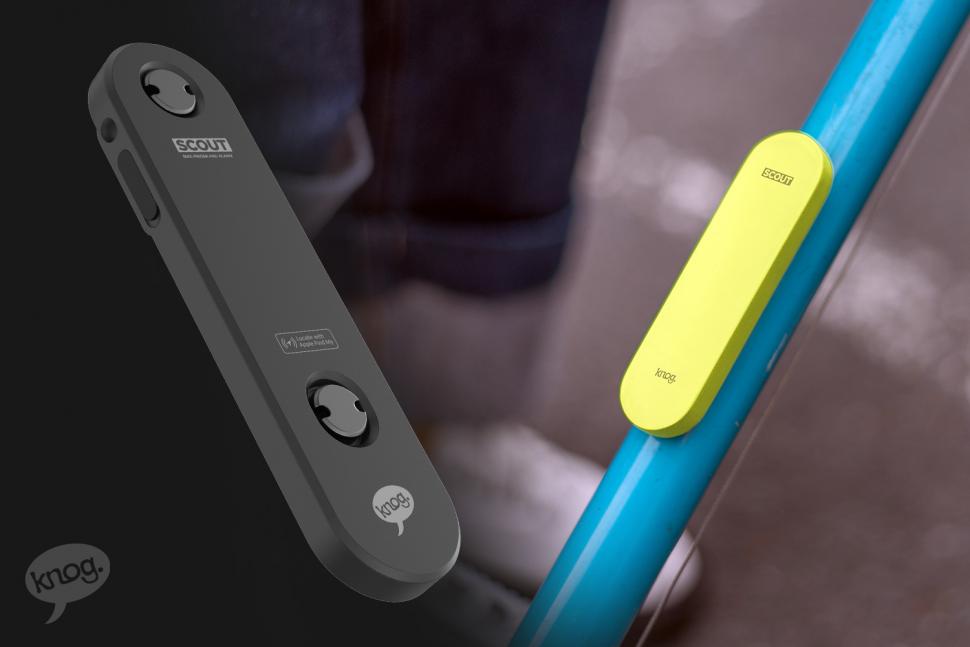 Knog's bundle also has one of its new Scout alarms, offering an 85-decibel alarm to discourage theft and Apple AirTag tracking to help you locate it if it's taken.

The Scout can be attached to your bike frame via the water bottle cage mounts using tamper-proof security screws and is, Knog says, a "sophisticated alarm and finder system that works in tandem with a secure Bluetooth signal".

Weighing about the same as an AA battery – 24g, according to the road.cc scales – the Scout has a life of up to 6 months between charges and an IP67 rating which means it can withstand rain and even a bike wash. 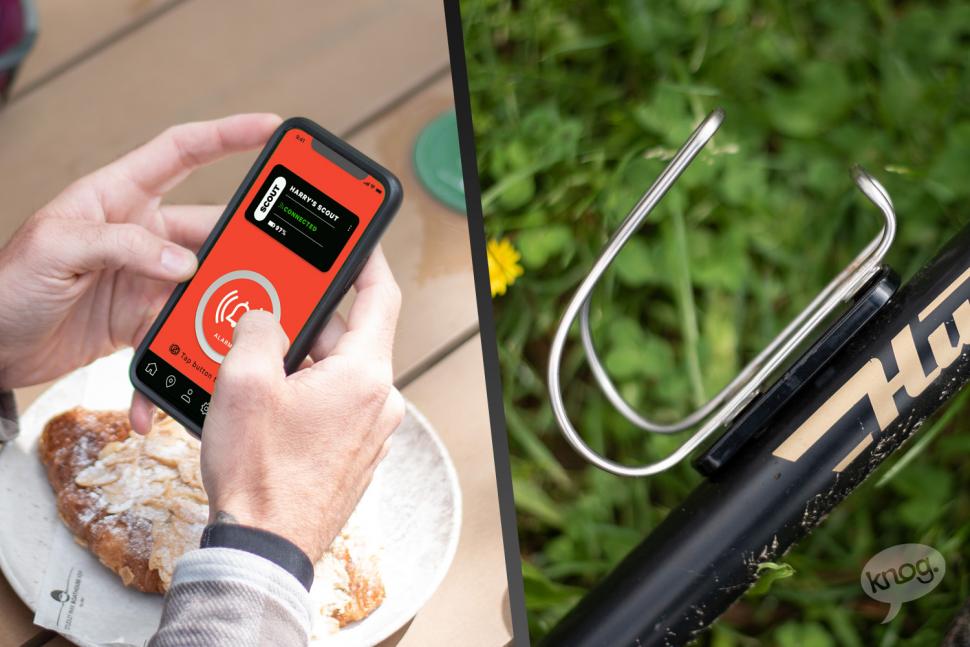 So there you have it; four bundles, four chances to win... get yourselves down to the form below and enter to be in with a chance of landing yourselves some new lights! Oh, before we forget, this competition is only open to readers in the UK and entries will close on October 24 at which point we'll pick four lucky winners. Good luck!

Win 1 of 4 packs of Knog Blinder Lights and Scout bike Alarm worth £192 each!