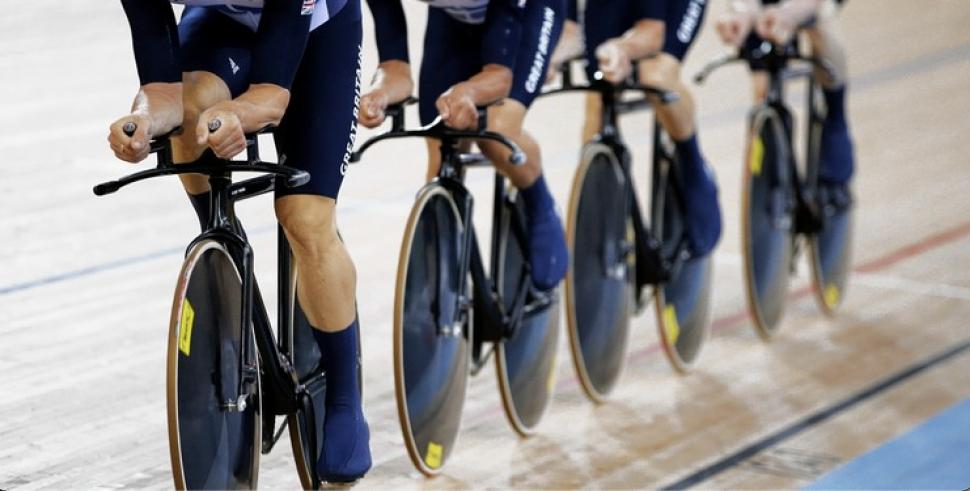 A 'prominent' British cyclist was found to have traces of the banned steroid nandrolone in 2010 ...
by Will Bolton

British Cycling and UK Anti-Doping are under investigation by the World Anti-Doping Agency after a 'prominent rider'  was found to have traces of the steroid nandrolone in 2010.

As the policing body for clean sport in the United Kingdom, Ukad should conduct any in-depth doping investigations, but in the lead up to the 2012 Olympic Games for an unknown reason they let British Cycling try to track down a potential doper themselves.

No findings were ever made public and it appears the whole episode was kept secret until now.

Ukad themselves admit they have ‘no record’ of what happened after one of their officials green-lighted the British Cycling private testing.

At the time of the incident the British Cycling squad was in Perth, Australia for the World Cup when a 'prominent' member of their team was found to have traces of the steroid in a sample taken for an out-of-competition test.

The Sunday Times reports that the rider was tested in November and December of 2010.

A statement from Wada said: “We have asked our independent intelligence and investigations department to look into this matter and to contact Ukad to seek further information.”

Because nandrolone is a naturally occurring substance in the body, it is considered a threshold substance meaning the amount found in a sample needs to be above certain levels to trigger action by an anti-doping organisation.

High levels will likely lead to a sanction, with an atypical finding still demanding further investigation.

An unnamed rider and a representative from British Cycling were reportedly interviewed by Ukad and informed of the finding.

There are two questions that Ukad will now have to answer in relation to the incident.

Secondly,  the follow-up urine testing was carried out in a non-Wada approved laboratory and why Ukad didn’t actually see the results itself.

At the time the British Cycling team, was riding a wave of public support following its unprecedented success at the 2008 Beijing Olympics with the London games just around the corner.

It is believed that British Cycling responded at the time by privately testing both the rider and two other prominent riders from the same discipline — The Sunday Times claim to know their identity, and indeed that of the rider who had the banned substance in their system, but because of medical confidentiality is unable to name them.

The results for all three riders came back negative.

At the time the team was run by Sir Dave Brailsford, with Dr Steve Peters its medical director in their joint roles with Team Sky.

In 2010, the situation caused 'considerable concern' at British Cycling and has sparked further anxiety this week in the wake of the scandal involving Richard Freeman, their former doctor who was struck off the medical register this month after a medical tribunal found him guilty of ordering banned testosterone in May 2011 'knowing or believing it was to dope a rider'.

A statement from a Ukad spokesperson said: “We cannot confirm or comment on individual test missions or results but can explain the testing process in general.

“Banned substances that cannot be used in sport are listed on the World Anti-Doping Agency’s prohibited list.

"Some substances are known as ‘threshold substances’ where the amount found by the laboratory needs to be above certain thresholds set by Wada to trigger action by an Anti-Doping Organisation (ADO).

“There are three potential outcomes following laboratory analysis. Firstly, a positive test (known as an adverse analytical finding), which would result in a charge. Secondly an atypical finding which would lead to an investigation and may result in a charge. Thirdly, a sample can return a negative result which requires no further action by the ADO.

“Sometimes amounts of a ‘threshold substance’ can be reported by the laboratory in a negative sample which are found to be below the threshold where an investigation is required. These are trace amounts and can sometimes occur in the body naturally. The guidance from Wada is that these trace findings may be used to help to decide who gets tested and when in the future but does not automatically lead to an investigation.

“We work within the Wada framework and are always happy to work with them if they ever require any further information from us on any of our activities.”

In a statement provided to the Mail on Sunday, a spokesman for British Cycling said: "None of the people relevant to your enquiry now work for British Cycling and this makes it difficult to check any of the information you have sent, particularly given the events you describe are over a decade ago.

"We are happy to check what email records we have from the time and — subject to GDPR [General Data Protection Regulation] and other legal or regulatory constraints — share our findings with you. But this is not a straightforward process and will take some time so we are not able to respond before your deadline."