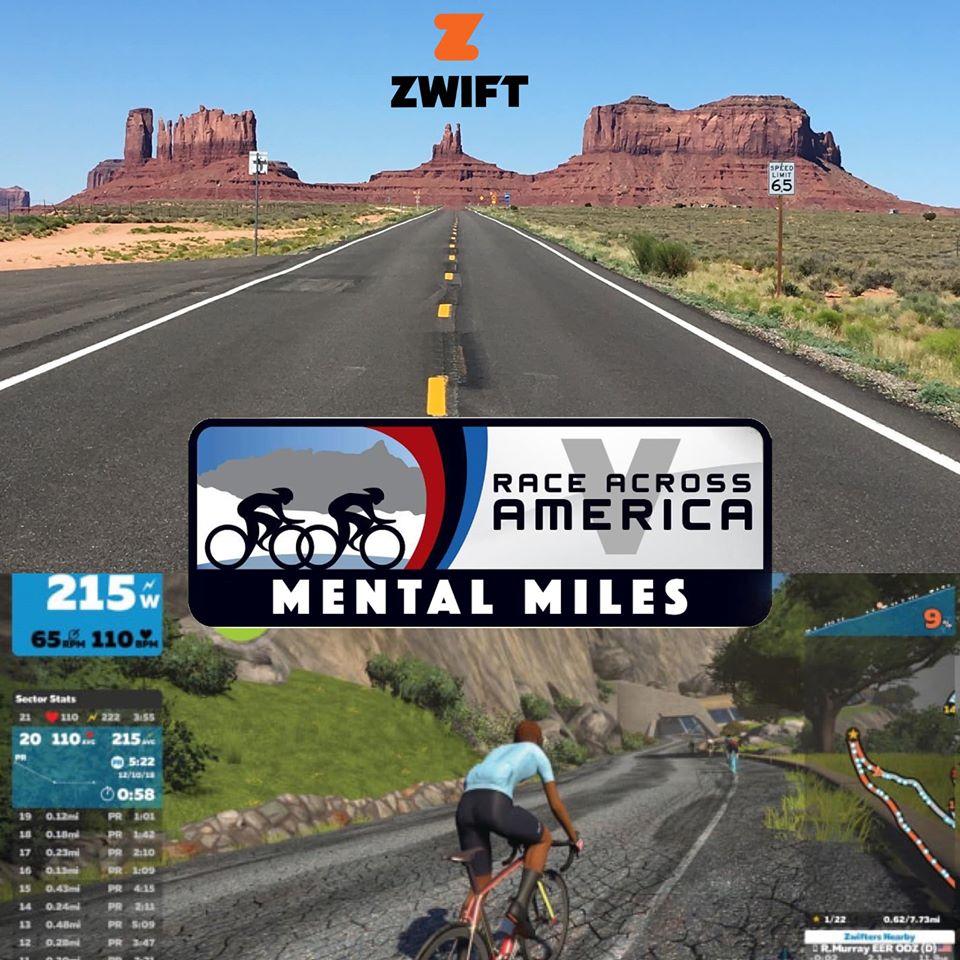 Riders will have a 12-day time limit to ride 3,000 miles on a turbo trainer
by Alex Bowden

Ultra-cycling race RAAM had been due to take place from June 16, but organisers announced its cancellation yesterday, explaining that, “it would be inappropriate to be considering a bicycle race when the entire world was dealing with such a serious public health crisis.”

This year would have been the 39th consecutive year for RAAM, but it will instead be the first year for VRAAM.

Taking place on the same dates as scheduled for RAAM, riders will have 12 days to ride 3,000 miles in a custom Zwift environment that is still under development.

As well as VRAAM, there will also be a virtual version of the shorter, 925-mile Race Across the West (RAW).

One rider who would be exceptionally well-prepared for the event is Danish ultracyclist Michael Knudsen.

Late last year Knudsen trained for RAAM by completing a virtual 5,000 km ride on Zwift in a Copenhagen shopping centre.

The feat, which constituted a new Zwift distance record, took him 10 days to complete.

He got by on three to four hours sleep a night on a mattress next to his bike at Fields Shopping, one of the biggest shopping centres in Scandinavia.

“To sit on a home trainer for so many hours with so limited movement is a huge stress factor for the body,” he said afterwards.

“My daily routine was to set the alarm for around 4.30am, pack my bed away and get on the bike.

“I was then on the bike the entire day, save for when I had to walk the 100 metres down to the toilet and hope it was not being cleaned which then meant I had to go to the second floor.”

He pointed out that while on Zwift he was sheltered from the elements, riding inside brought its own challenges.

“Not seeing the sky, not breathing fresh air, looking at the same TV screen for 240 hours is a mental challenge which is really hard to truly understand without trying it.”