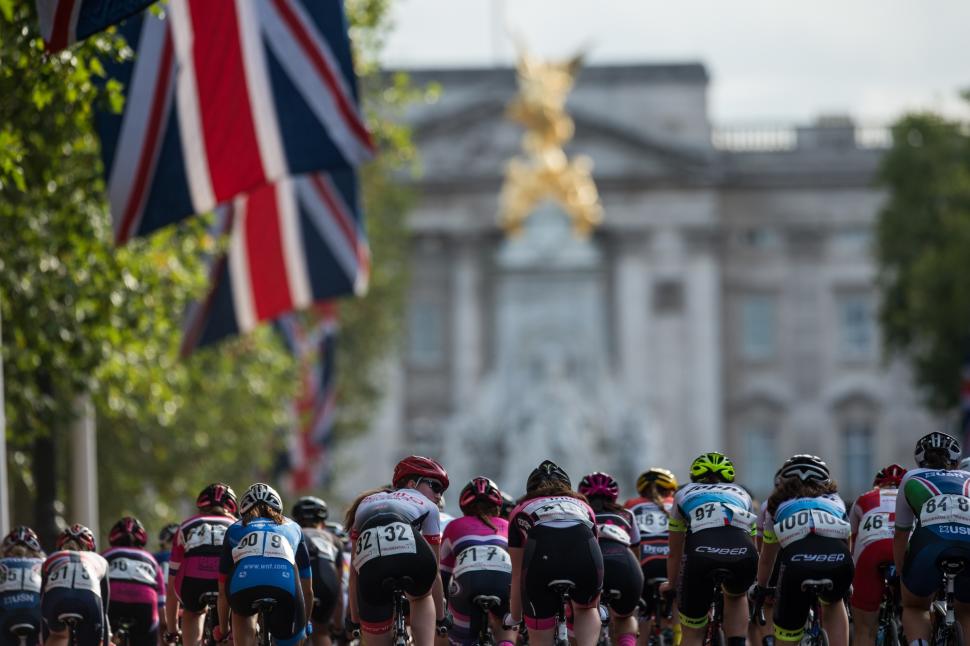 The RideLondon Classique, the three-day women’s stage race which forms part of the RideLondon cycling festival, has been downgraded from a Women’s WorldTour race to a ProSeries event after the organisers breached UCI regulations by failing to provide live TV coverage of every stage.

First held in 2013 as a one-day event, the RideLondon Classique was granted Women’s WorldTour status in 2016, the same year that it became the richest women’s race in the world with a total prize fund of €100,000, equalling the now-defunct men’s RideLondon-Surrey Classic.

After a three-year break due to the pandemic and following the demise of the men’s race, this year the women’s event was expanded to a three-day tour – with a reduced prize pot – won by Team DSM’s dominant Dutch sprinter Lorena Wiebes, who took a hat-trick of stages on her way to the overall title.

However, only the final stage was broadcast live on BBC Two, while highlights of the first two stages were made available on the BBC iPlayer and GCN.

According to the UCI’s rules, WorldTour events must provide live TV coverage of at least the final 45 minutes of each stage. ProSeries races, on the other hand, are only required to provide 20 minutes, either live or delayed, on television or streaming platforms.

As the RideLondon organisers’ failure to deliver live TV coverage of all three stages constitutes a breach of these regulations, the UCI has decided to demote the event to the second-tier ProSeries for 2023 unless assurances can be made regarding next year’s coverage.

“At the 2022 edition of the UCI Women’s WorldTour event RideLondon Classique (Great Britain), the event organisers did not provide the required live TV coverage of each stage, but only of the last stage,” world cycling’s governing body said in a statement.

“This constitutes a breach of the UCI Regulations and of the specifications that every organiser of the UCI Women's WorldTour is required to respect.

“It is also, first and foremost, an unacceptable lack of respect for the teams and riders involved in the competition.

“For this reason, the UCI Management Committee has taken the decision to make the registration of the event on the UCI Women's WorldTour calendar for the 2023 season conditional to the presentation of firm commitments concerning the live TV broadcasting of all the stages.

“In the meantime, the Management Committee has taken the decision to register the RideLondon Classique in the UCI ProSeries class for the 2023 season.

“For the UCI, daily live TV coverage of the UCI Women's WorldTour events, which include the most prestigious races in women's professional road cycling, is fundamental to ensure its continued international development.”

A final decision on the RideLondon Classique’s status will be made at a UCI Management Committee meeting in September.

> RideLondon-Essex riders halted for 30 minutes because of an incident

While RideLondon has been demoted to the second division of women’s cycling, the UCI announced that four other events – the Santos Tour Down Under, the new UAE Tour, Omloop Het Nieuwsblad, and the Tour de Suisse – have been granted Women’s WorldTour status for 2023, a development UCI President David Lappartient described as “evidence of the growing strength of women's road cycling”.

Following the meeting of its management committee earlier this week, the UCI also revealed, as we reported yesterday, that it plans to tighten the rules concerning the participation of transgender athletes in women’s cycling.

The UCI also confirmed in its statement that this year’s inaugural gravel world championships will take place in the Veneto region of Italy, on 8 and 9 October.

“After the launch of a UCI World Series, the award of the first two editions of the UCI Gravel World Championships is an important step in the development of a fast-growing discipline that responds to the desire of an increasing part of the population to get back to nature,” Lappartient said.

“This new event shows that cycling never stops evolving – as demonstrated in track cycling for which we have just confirmed the calendar for the 2022 UCI Track Champions League – to ensure it is at the forefront of cyclists’ expectations, whether they are competitors or not.”