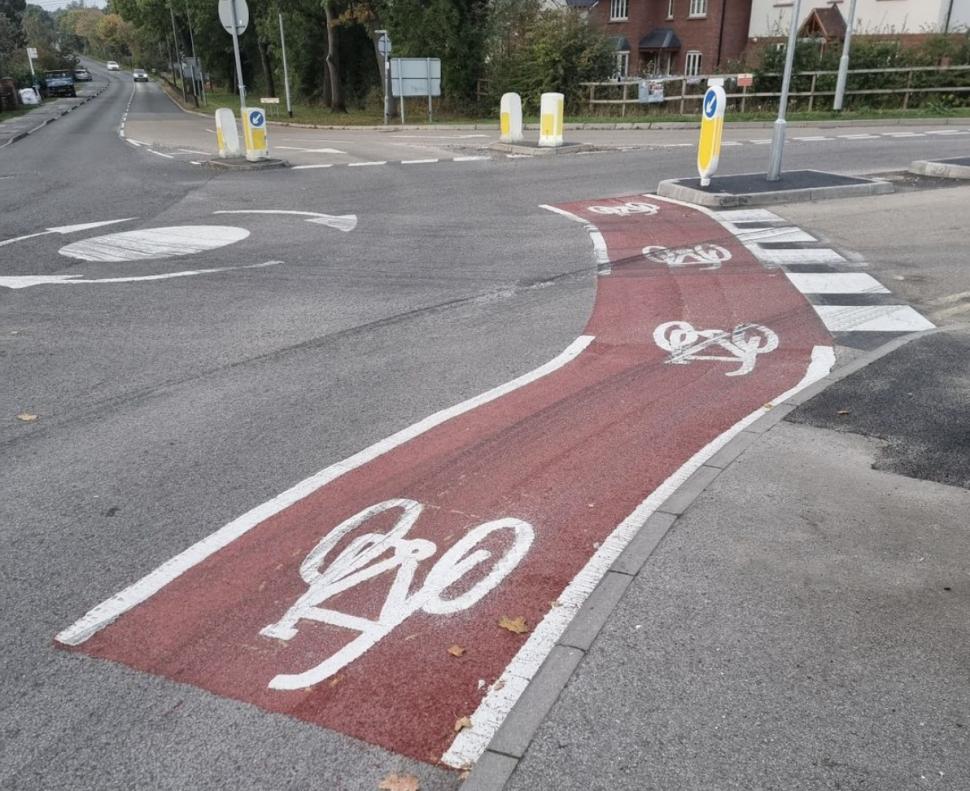 'Two and a half second' cycle lane is not a cycle lane, says council

The council said it was actually just 'new road markings designed to improve road safety'...
by Will Bolton

A controversial 'cycle lane' that 'takes two and a half seconds to ride over' is not a cycle lane, Nottinghamshire County Council has said.

Derek Higton, service director for place and communities at the council, said that it is in fact 'new road markings, introduced to improve cycle safety'.

The markings cover only part of a roundabout and it is not entirely clear what their purpose is.

Richard MacRae, Independent councillor for Stapleford North on Broxtowe Borough Council, at the time described the apparent cycle lane as 'comical and a waste of money', Nottinghamshire Live reports.

However in a delayed statement, the county council has now said said they were only "new road markings which were introduced as part of a casualty reduction scheme to improve safety for cyclists".

Mr Higton said: “There have been multiple accidents where cyclists have been injured at this junction in recent years and as such the contrasting road surfacing, along with improvements to signage and the junction itself, have been introduced to alert drivers to the presence of cyclists.

“Similar measures have been used at other locations both in the county and nationally previously and have had a positive impact in reducing casualties.”

Last week in Birmingham there was another claim made for the country's shortest cycle lane.

Again, the 'cycle lane' near Pype Hayes Park came under fire for its lack of length before Birmingham City Council clarified that it was not a cycle lane.

In that instance, the council described it as 'a pointer for cyclists to join the pavement and cross the main Eachelhurst Road into Pype Hayes Park'.

I reckon the Cycle Lane at the end of our road might be the shortest one in the UK. Unless you know different? pic.twitter.com/9YUGm8O4om