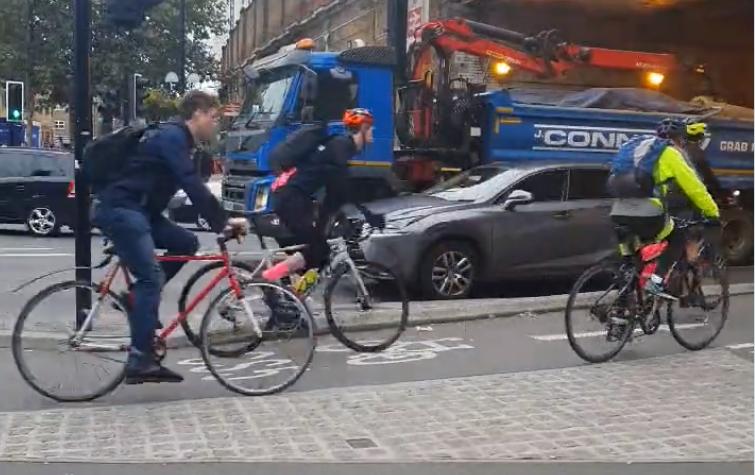 A new report by the academic research firm Transport for Quality of Life estimates that by trebling bicycle use in London to 14% of all journeys by 2030, London’s economy could be boosted to the tune of £5 billion pounds a year.

The report, written by Lisa Hopkinson and commissioned by the Bicycle Association, also claimed that increasing cycling in the capital would save lives, provide health benefits, create jobs, and result in cleaner air and less congested streets.

However, the Bicycle Association warned that any growth in cycle usage is reliant upon support from political leadership and Transport for London. As TfL’s support package from the Conservative government runs out this weekend, and with no long-term financial plan in place, both of these requirements now appear to be sorely lacking.

A report prepared for an upcoming meeting of the transport authority’s finance committee has warned that unless the government closes a £2 billion funding gap, TfL’s new cycling and walking improvement schemes – along with bus and underground services – will enter a period of “managed decline”.

Despite this apparent doomsday scenario, the Bicycle Association’s report maintains that boosting bike usage in London can be a cost-effective way to fulfil Mayor Sadiq Khan’s pledge to make the city net-zero by 2030.

“By 2030, it’s not just the positive environmental benefit of net-zero which will be dramatic,” said the organisation’s Simon Irons, “but the economic benefits, too.”

The report argues that, “Providing better and safer conditions for cycling helps to encourage more people to cycle. As the levels of cycling increase, so too does the demand for bicycles, their accessories and related services, generating significant economic benefits for the London economy and new green jobs.”

“A large-scale shift to cycling from private car use is essential to achieving net-zero carbon status by 2030,” says Dr. Ashok Sinha, CEO of the London Cycling Campaign. “Investing in high-quality cycling infrastructure will not only enable this shift but generate a huge number of new, green, career opportunities, especially for the most disadvantaged Londoners.”