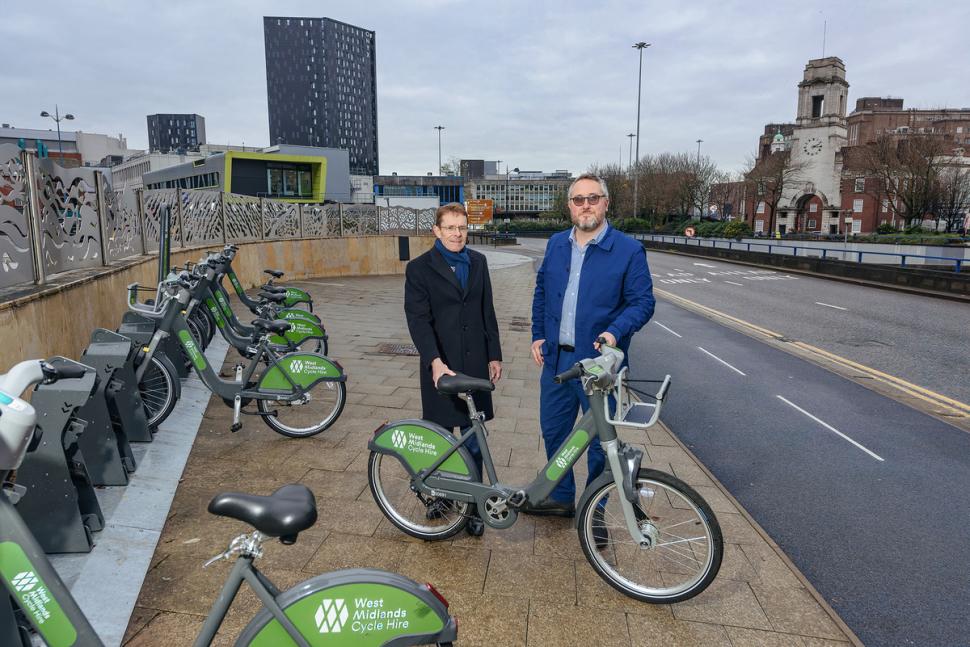 Adam Tranter has been appointed cycling and walking commissioner for the West Midlands by the region’s mayor, Andy Street, who is looking to move ahead with initiatives to increase active travel there.

Tranter, founder and CEO of cycling, running and endurance-focused sport communications agency Fusion Media, has become increasingly involved in campaigning for active travel in recent years, and last year brought brands, companies and organisations in the UK cycling industry together to launch the Bike Is Best campaign.

He has acted as volunteer Bicycle Mayor for Coventry – his home city, and once the largest producer of bikes in the world – since early 2020, the first holder of such a role in a British city, but will now step aside from that position.

In his new role he will work alongside Transport for West Midlands (TfWM), local authorities and the Department for Transport (DfT) in pushing forward the region’s active travel initiatives, including helping plan and support delivery of its Starley Network of safe cycling and walking routes.

The network is named after the family from Coventry that were early innovators in cycling during the Victorian era, including inventing the safety bicycle which can still be instantly recognised as the forerunner of most modern bikes.

Tranter said: “I want our region to achieve its active travel potential. We saw during lockdown that vast numbers of people will cycle given the right environment to do it in; our goal has to be giving these people a genuine alternative to using a car for short journeys. We can only do this by building high quality, direct and connected infrastructure.

“Congestion really drags down our region’s health and prosperity; cities that have embraced active travel have been rewarded with better air quality, less carbon emissions and happier citizens. I want the West Midlands to have these rewards too.”

Among his responsibilities in the role will be:

Working with stakeholders to plan and develop the business cases for at least 10 major safe cycle routes on the Starley Network.

Working with councils to agree a co-ordinated approach to cycling and walking infrastructure.

Building strong working relationships with the Department for Transport and securing fresh investment from the Government’s Gear Change fund.

He added: “I am also looking forward to meeting and working with communities across the region to give people genuine choice in the way they get around as we strive to make the West Midlands a national leader for cycling and walking.”

West Midlands Mayor Street said: “Adam has an excellent track record of campaigning and lobbying for cycling and walking in Coventry, and I now want to use that expertise to improve our offer across the whole region.

“We have put more funding than ever before into active travel, but we need to go further to make cycling and walking the natural choice for shorter journeys in the West Midlands.

“Not only is it good for the environment by cutting down on car use and therefore air pollution, but it is also a brilliant and fun way of improving people’s physical and mental health.

“The benefits of cycling and walking are clear, and I know Adam is the right person to help deliver on my promise to put active travel at the heart of our region’s transport plans.”

Tranter is the first West Midlands Cycling & Walking Commissioner and will split his time 50:50 between Fusion Media and his new role.

He joins other active travel commissioners in city regions in England with directly elected mayors including Will Norman in London, Chris Boardman in Greater Manchester, Dame Sarah Storey in Sheffield City Region and Simon O’Brien in Liverpool City Region.

Until the middle of last year, the former world champion BMX and track sprint cyclist Shanaze Reade held the title of West Midlands Cycling & Walking Ambassador, a role that included meetings with commissioners, visiting cycle infrastructure and media appearances, plus supporting the role through social media.

However, her contract was not renewed at the end of May last year, with the region saying at the time that it was carrying out a review of what was, at the time, a 10-days-a-year ambassadorial role and not comparable to the one Tranter has now taken on.