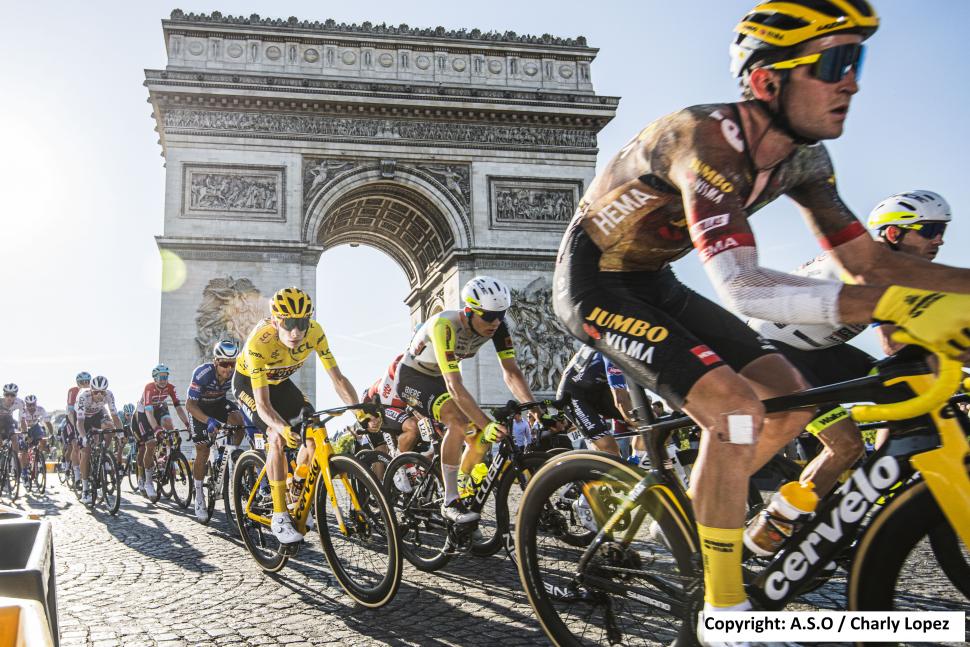 Early reports suggest the driver failed to see Benoot as they exited a car park, crashing into the descending Jumbo-Visma pro
by Dan Alexander

Jumbo-Visma all-rounder Tiesj Benoot, who was part of the Dutch team's Tour de France line-up which helped Jonas Vingegaard win the yellow jersey last month, has had his season cut short by a high-speed crash, reportedly caused by an inattentive driver, while training in Italy.

The Belgian news outlet Het Laatste Nieuws reports Benoot was completing a 220km ride when he crashed heavily on a descent, a fall reportedly caused by a driver crossing from a car park who did not see the pro rider, presumably wearing his bright yellow team-issue kit.

Benoot has fractured his second cervical vertebrae as well as suffering other, at this time, undisclosed fractures but is not in a life-threatening condition, and it is hoped he can be flown back to Belgium today.

Writing on Instagram, Benoot said: "First of all I want to let everyone know that I'm doing ok.

"Yesterday, I was involved in a crash in the Italian Alps. I'm now in the hospital, receiving good medical care to recover from the crash. Despite the seriousness of the situation, examinations showed that I suffered a small fracture in my neck, I was never in a life-threatening situation and I am stable.

"Thanks everyone for sending me all your kind messages. In the following weeks I will fully focus on my recovery."

The fall will almost certainly bring an abrupt end to the 28-year-old's season, a year in which he finished on the podium at Dwars door Vlaanderen, Amstel Gold Race and San Sebastian, as well as helping his team to win a first yellow jersey. The news will be a blow to compatriot and Jumbo-Visma teammate Wout van Aert whose bid for the rainbow jersey in Wollongong, Australia, next month was expected to be supported by Benoot's strength as a domestique.

Last month, Alejandro Valverde was hospitalised after a hit-and-run incident during training.

A 69-year-old man has since been arrested after the incident left the former world champion with no serious injuries, but he was kept in hospital under observation.

A witness reported seeing a driver close pass the group at speed, with one of the riders in the group remonstrating with the motorist for putting them in danger. The driver then allegedly reversed into the group, damaging Valverde's bike in the process.

The 42-year-old quickly returned to training and will, next week, begin his 32nd and final Grand Tour — La Vuelta a España.