Figures show Hackney Council netted £2.7 million in fines from drivers entering Low Traffic Neighbourhoods, with a councillor claiming 8 in 10 of them were rat-running residential streets
by Jack Sexty

A poll conducted by #BikeIsBest has found that 50% of drivers are unfamiliar with the 'no motor vehicles' sign used to signal a Low Traffic Neighbourhood, and 29% actually thought it meant 'cars and motorcycles only, no trucks allowed.' #BikeIsBest says "a more literal and obvious sign" might help to quell drivers' frustrations, while a Hackney Councillor says the large number of fines collected from drivers flouting the rules in London are necessary to discourage rat-running drivers.

As well as finding that half of drivers didn't understand the 'no motor vehicles' sign even though it has been in use since 1964,  the poll, conducted by YouGov for #BikeIsBest, found that 10% didn't believe the sign represented any of the eight options given in a multiple choice question. Geographically, Scotland had the lowest understanding of the sign at 37%, while the highest rate of understanding was Yorkshire & Humber at 53%. Londoners were second-worst with a 39% rate of understanding.

The no motor vehicles sign is used to mark Low Traffic Neighbourhoods, with some councils now using Automatic Number Plate Recognition CCTV to catch drivers entering them instead of physical measures such as planters following incidents of vandalism. Rather than deliberately breaking the rules, the research from #BikeIsBest suggests that some drivers are simply unfamiliar with the signage:

"...some frustrations with Low Traffic Neighbourhoods could relate to the lack of public understanding of the required signage, leading to penalty charge notices. Although road users should keep up to date with the Highway Code, research from 2019 showed that one in five motorists haven't referred to it in a decade", said #BikeIsBest.

"Alternative signs for Low Traffic Neighbourhood restrictions are not currently available. The No Entry sign with an exception for cycles can be used as a contraflow for one-way streets; most streets within LTNs remain two-way and full access is maintained via alternative routes.

"It is not currently possible to put ‘except permit holders’ with a No Entry sign, which low-traffic neighbourhoods may need. The reason the Department for Transport limits exceptions to the No Entry restriction is to preserve the high level of compliance with such a safety-critical sign; the more exceptions a prohibition sign has, then the greater likelihood there is of drivers making an ‘assessment’ to ignore it."

Figures show Hackney Council has raised £2.7 million in fines from drivers entering LTNs since June 2020, issuing over 69,000 penalty charge notices (PCNs). Speaking to Transport Xtra, Hackney councillor Mete Coban said: “LTNs are important because they discourage through-traffic from using neighbourhood streets - where there are fewer pedestrian crossings and roads are less able to handle high volumes of traffic - and encourage people to switch local car journeys for walking and cycling. We know not everyone can make this switch, which is why all addresses in LTNs can still be accessed by car.

“We don’t want to issue anyone a PCN, but unfortunately, a small minority of drivers are continuing to try to use Hackney’s residential streets as rat-runs. This is particularly a problem with vehicles originating from outside the borough - our analysis has found that 8 in 10 of the PCNs issued in LTNs have been to vehicles that aren't registered in Hackney. The number of PCNs demonstrates the scale of the challenge we have in getting through-traffic off our residential roads, and why enforcement using CCTV is necessary.” 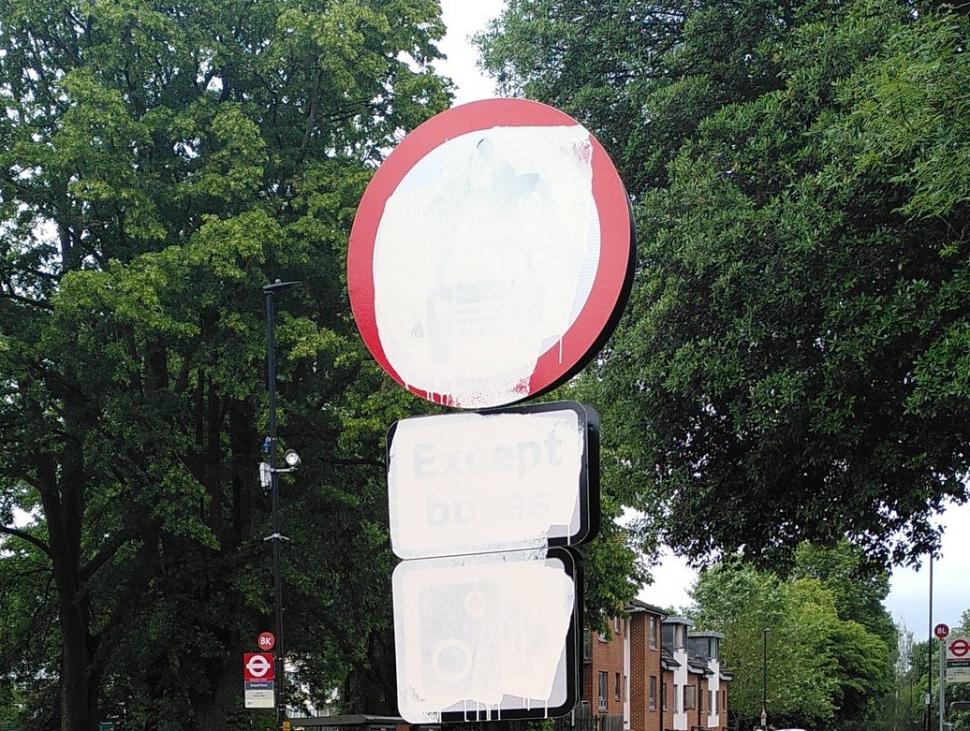 Low Traffic Neighbourhoods (LTNs) have proved particularly divisive in London since active travel initiatives in the past year saw a number of new ones appear across the city. As explained by our news editor Simon MacMichael in the first episode of the road.cc podcast, there are numerous indications that suggest LTNs generally have the backing of the public.

Adam Tranter, founder of #BikeIsBest, said: “Low Traffic Neighbourhoods have been positioned as new and controversial but really the idea has been in use for decades. It’s quite worrying that so many road users think the No Motor Vehicle sign, in place since 1964, means the exact opposite.

“It’s easy to say that people should be reading the Highway Code regularly but I think we all know this is unlikely. LTNs are popular, time and time again, in polling so extra clarity in the signage could help bring people on board who are supportive of the concept but personally frustrated at the implementation. Given these measures are
likely to become very commonplace as part of the green recovery, it might be time for a more literal and obvious sign.”