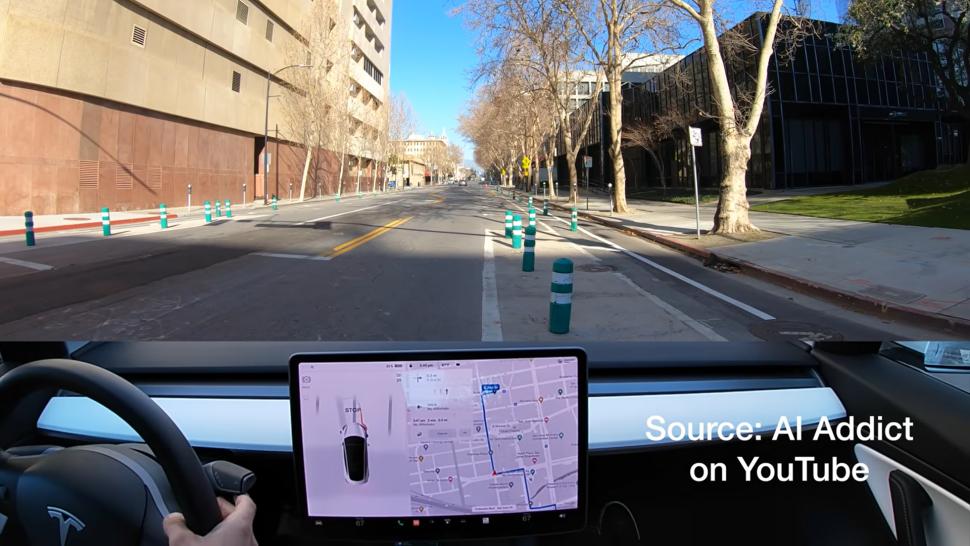 "S***. We hit that": YouTuber AI Addict captured the moment the vehicle steered into a San Jose protected bike lane, having run a red light moments earlier...
by Dan Alexander

A Tesla using the Full Self-Driving Beta (FSD) has been caught on camera crashing into a bike lane, just weeks after Elon Musk claimed the programme had not been responsible for a single collision since its release in October 2020.

AI Addict, a San Jose-based YouTuber who regularly shares videos of FSD 'stress tests', showing the technology being used in real world settings, uploaded the footage of his Tesla crashing into a segregated cycle lane bollard while making a right turn.

Earlier in the video the vehicle can be seen running a red light, before later trying to make a turn into a tram lane.

Commentating over the footage, the Tesla owner can be heard saying: "Changing lanes...Oh...S***. We hit it. We actually hit that. Wow. We were so close on the corner...I can't believe the car didn't stop."

In the next clip the damage to the front end of the Tesla, including a few scratches and scuff marks are shown to the camera. 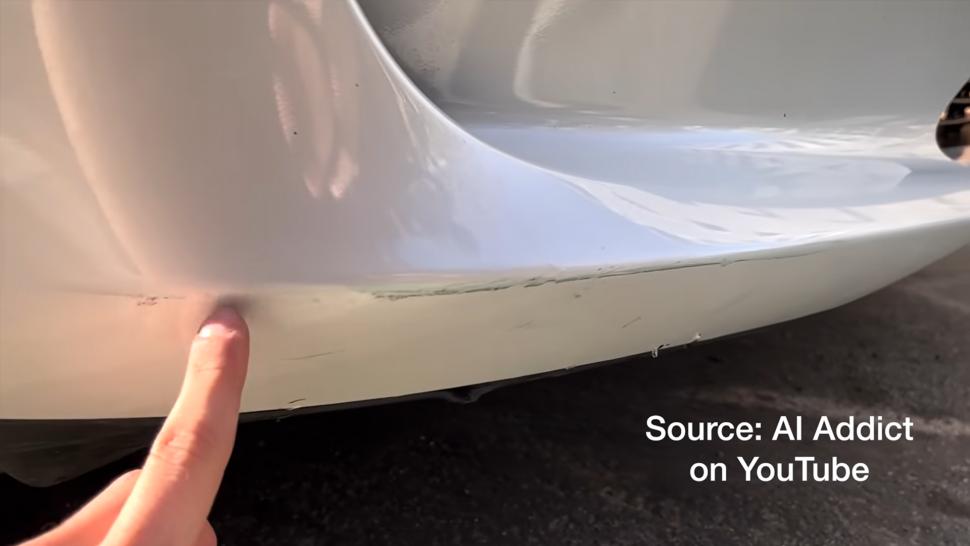 "Alright, YouTube, it's confirmed I have hit that pylon. It's a first for me to actually hit an object in FSD," AI Addict explained.

Tesla says FSD is "capable of delivering intelligent performance and control to enable a new level of safety and autonomy".

It allows the vehicle to drive autonomously to a destination entered into the navigation system, and while the driver must remain ready to take control, it is as close to fully autonomous technology as the company has so far delivered.

The technology has been hotly debated, with co-founder and CEO Musk as recently as last month claiming it had not caused a single crash since its launch in October 2020.

In answer to Tesla shareholder Ross Gerber on Twitter, Musk simply replied "correct" when asked if the figure was correct.

FSD is currently available to several thousand customers who have been deemed "safer drivers", selected by the company through its "safety test score".

The programme has been criticised by some who say it has given users autonomous features, but passes responsibility to the driver as it is still only a beta in testing.

Previous versions of Tesla's Autopilot technology have been questioned too. In 2018, a Tesla vehicle on Autopilot crashed into a police car in California. The woman 'driving' the car sustained minor injuries.

That incident came not long after a robotics expert from Stanford University said the semi-autonomous driving technology displayed a frightening inability to recognise cyclists.

One of the company's more recent controversies came in December when it was announced owners could now play video games while driving, following the latest update of the infotainment touchscreen.

The update was widely criticised by safety bodies in the US, who have already raised major concerns about the vehicles' Autopilot mode.