The developers of smartphone speed camera app Speedcam Anywhere have reported abuse from drivers, forcing them into anonymity.

The app founder told the Guardian newspaper the team has received "quite abusive emails" and said it had become "a Marmite product" which some people see as a step towards a "surveillance state".

Available on the Google Play Store, with an iOS version said to be coming soon, Speedcam Anywhere uses AI to analyse video and report offences to the police. 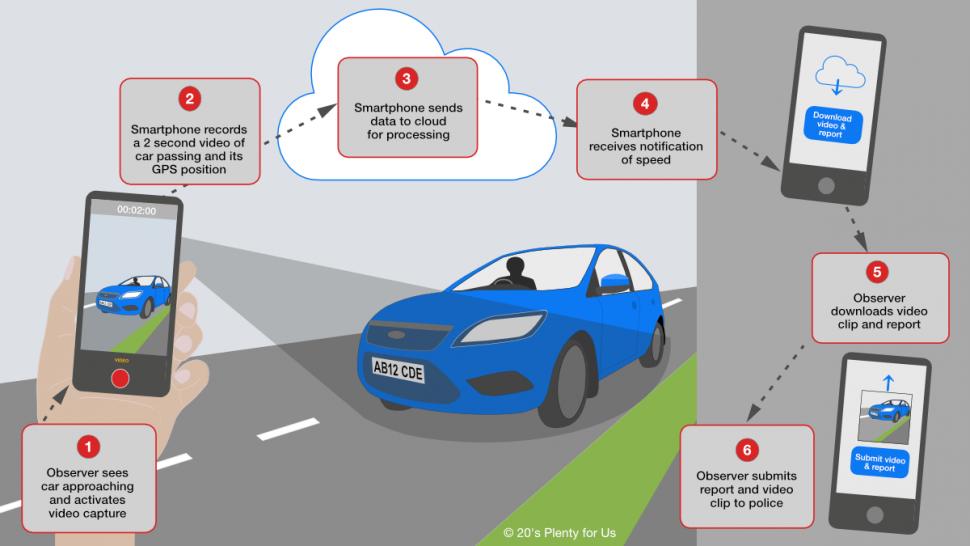 Despite being currently unable to prompt speeding drivers to receive a ticket, due to the algorithm having not been vetted by the Home Office meaning it is not legally a speed camera, the director of road safety campaign 20's Plenty For Us, Rod King, said the app will be "transformational".

But, now faced with abuse from disgruntled road users, the app's founder said they have been forced into anonymity.

"I can see both sides of that, but I think that if you're going to have speed limits, then it's the law that you obey them, and you should enforce the law. It's not a personal vendetta against anyone, it's just – how do we make our roads safe? There are 20,000 serious injuries on the roads every year – how can we reduce them? And the way we reduce them is we make a deterrent to speeding."

The app has received low reviews on the Google Play Store due to issues with logging in (apparently now fixed post-update) and concerns about the in-app purchase price to buy credits to take pictures.

However, other reviews criticise the very idea of a smartphone speed camera: "In East Germany, citizens were encouraged to report their neighbours to the Stasi for even the smallest societal infraction. 'Congratulations' on creating a modern day version of that. If you couldn't tell, I'm being sarcastic. This app disgusts me."

"What we did is extended the sort of capabilities that dashcam systems have, so that you can automate the forensic video analysis that dashcams already do. So instead of a human looking at a video working out the offence, we've created software that automates the process," they continued.

"I think this is a step in the bigger journey of how we make our roads safer and more accessible for everybody.

Addressing the fact the app cannot currently be used for evidencing speeding tickets, the founder said they hope widespread use of the app will at least alert officers to speeding hotspots and encourage action to prevent dangerous driving.

An iOS version of the app is yet to be approved by Apple, something the app's developers find confusing: "We're not sure why they would block a useful piece of technology, something that could save people's lives."

20's Plenty For Us director King praised the app's premise, saying it "will be a game-changer in speed limit enforcement".

"It allows police forces to align with community needs for compliance without imposing an increased load on the police. We expect it to be welcomed by all those interested in making our communities safer," he said.