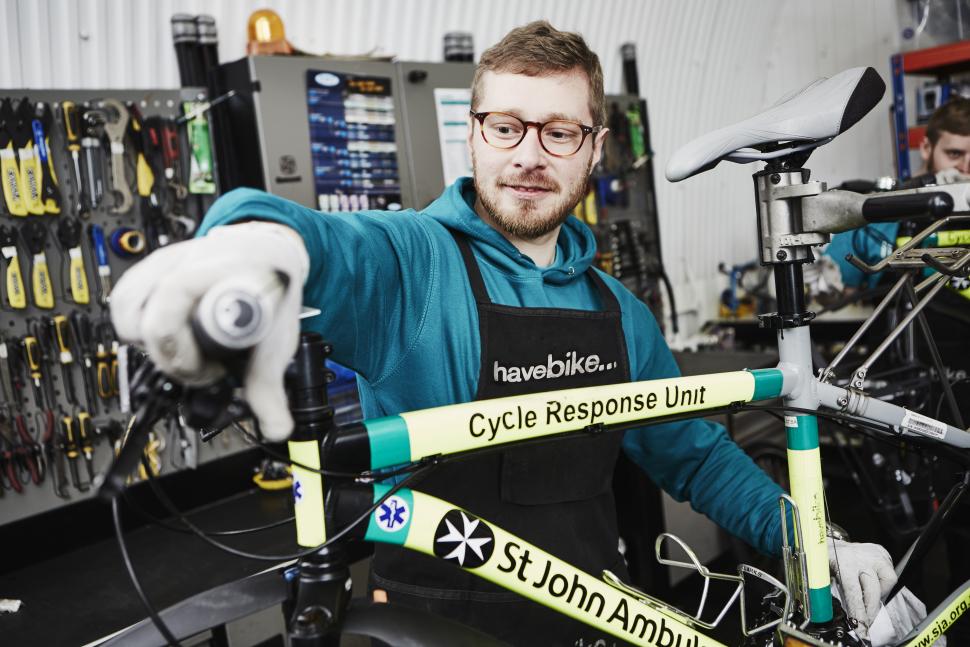 London-based havebike, which claims to be the UK’s largest independent bike repair company, has turned to crowdsourced investment site Seedr.com to raise funds to expand outside the capital to other cities across the country.

The business, which offers a collect, repair and return service for maintenance and repairs, with bookings made online and three levels of service available and bikes returned within 48-72 hours, is budgeting revenue of £1.8 million in its current financial year and wants to grow that to £10 million by 2023.

As well as opening workshops in all major cities across the UK, the company, which was founded in 2010, also aims to launch a ‘havebike at home’ under which mechanics in a fleet of mobile repair vans will visit businesses and customers in cases where it is not feasible for bikes to be serviced at a physical workshop. CEO Nick Brown gave up a career as a finance lawyer in the City of London to found the business due to his frustration in trying to get his bike serviced and repaired, such as finding a convenient shop to carry out the work, time delays, and staff trying to get him to upgrade to another bike.

He said: “havebike was created as a solution to the dread people feel when their bike has suffered a mechanical problem. We want to remove the hassle, inconvenience and uncertainty of bike repairs so that people can get back to turning their pedals as soon as possible.

“We are an ambitious company with plans to be cycling’s equivalent of Kwik-Fit, and I know that our technology, industry expertise and scalable model will allow us to be successful.”

Brown continued: “The UK cycling market was recently valued at £2 billion with around 2.5 million bicycles sold at a value of £940 million, and a similar level of spend seen on service and repair.

“Factoring in the recent cycling boom, the incoming green recovery from COVID-19 and the fact that 42 per cent of people in the UK have access to a bicycle, the true potential of the service and repair market is potentially worth over £1 billion.

“This is the perfect time and opportunity for those looking to invest in a standout company within the cycling market,” he added.

To begin with, the company focused on fulfilling B2B contracts with the capital’s emergency services and bike share fleets including Santander Cycles before launching its collect and return service for the consumer market in 2014 – with revenue in that part of the business growing by 400 per cent in the past year.

Operating from a workshop in Central London, the company has nearly 30 full-time staff and operates seven days a week, and says it is the only bicycle servicing company with a Shimano Service Centre accreditation in the UK and Europe, as well as being the authorised service agents for Canyon and Ribble.

The campaign has already raised more than £400,000 from over 70 investors against a fundraising target of £500,002, and you can find full details on the Seedrs.com website here.