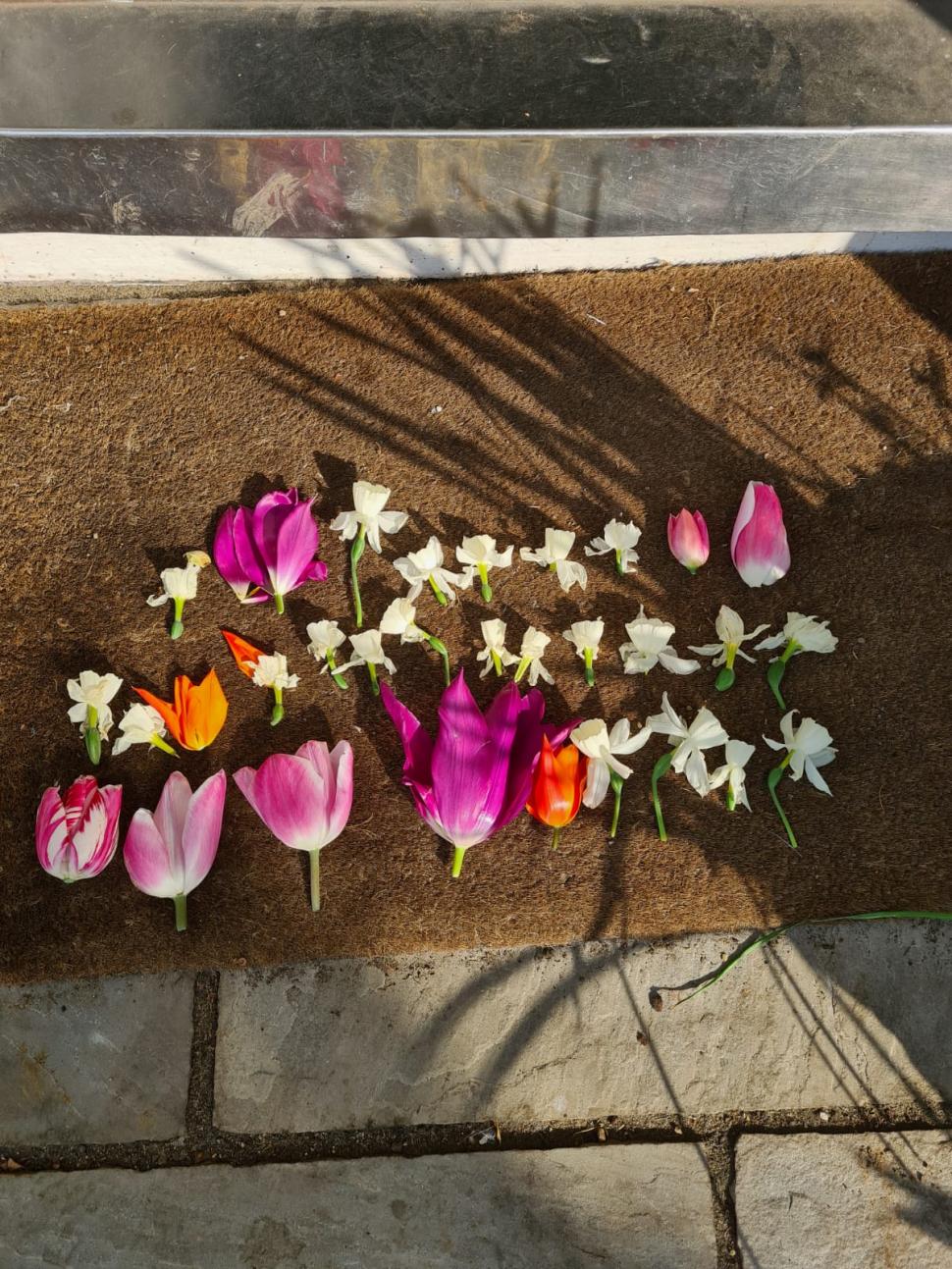 Labour Councillor Jo Rigby said the incident was like something out of 'Midsomer Murders' ...
by Will Bolton

A cycling campaigner who was regularly abused by anti-cycling groups woke up to discover all the flowers in her garden had been 'decapitated'.

Broadcaster Jeremy Vine, who lives in Chiswick near cycleway nine, posted a picture of the 'mutilated' flowers on Twitter and said that the unnamed resident, had been 'relentless' in arguing for safe cycling.

A woman in my area has been relentless in arguing the case for safe cycling. She has had much abuse from the local anti-cycling group which is raising £50k to get our new cycle lane torn out. Yesterday she woke to find all the flowers in her front garden had been decapitated. pic.twitter.com/XRta6Y7yYy

Wandsworth Labour Active Travel and Transport Speaker Jo Rigby was appalled by the image, commenting 'It’s like a scene from Midsomer Murders'.

She even went so far as to create a crowdfunding page aiming to raise £100 to replace the woman's flowers.

On the page, Rigby wrote: "Front gardens are a gift to a neighbourhood.

"This woman created a beautiful garden for people passing to enjoy.

"Someone has decapitated her flowers and you don't f**k with flowers.

"We're buying her some new plants to show that there is a community of people supporting her."

While it is not clear who destroyed the flowers or if the incident has been reported to police, Vine noted that the woman had been particularly vocal in her condemnation of a cycling group who were attempting to raise £50,000 to get a new cycle lane ripped out.

It’s like a scene from Midsomer Murder. Can we replace these flowers for her? I’m happy to donate if there is a community organiser?

The London Cycling campaign slammed the actions of the perpetrator/s as 'Disgraceful, appalling and shameful'.