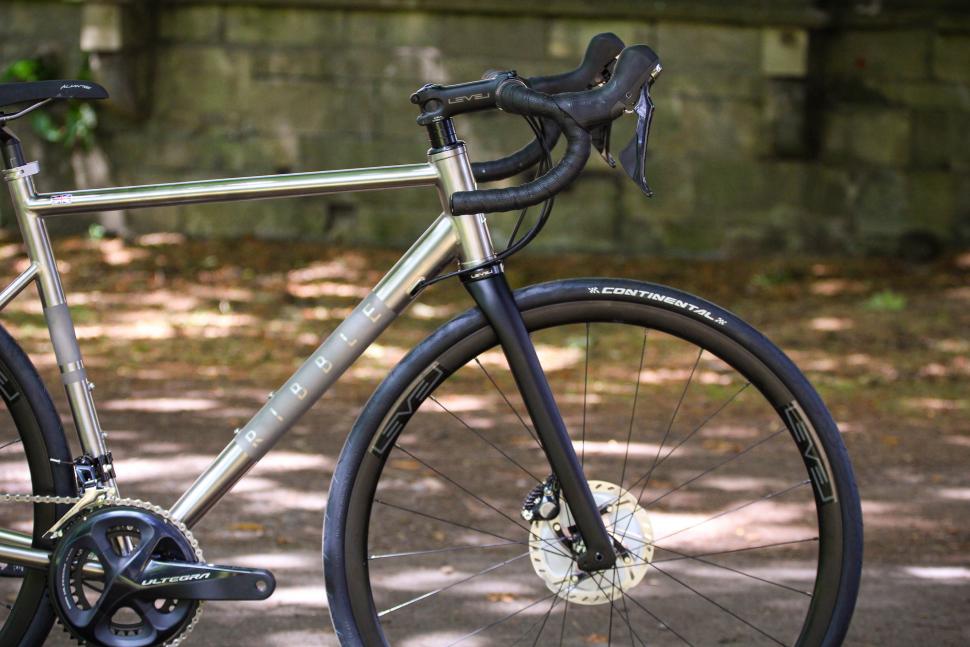 The retailer admits information "could have been clearer", and has offered to refund the 14% post-Brexit tariff for EU customers who ordered between 1st-17th January...
by Jack Sexty

Ribble Cycles has sought to clarify the new Brexit rules for its EU customers, offering to refund the 14% post-Brexit tariff applied to bikes that fall outside the ‘sale of origin’ rule for those who ordered between 1st-17th January.

> Brexit and the bike industry

It comes after a would-be Ribble customer based in Germany got in touch with road.cc to warn of "surprises" at the checkout for EU residents ordering from the UK, when he discovered that a bike he ordered would be subject to the new 14% additional tariff following a conversation with the German Customs Service. The new rules state that bikes can only move between the UK and EU tariff-free if they are at least 55% made and produced inside the UK and EU. As Ribble's bikes fall outside that category, its customers on the continent will need to pay the new tariff, plus local tax.

While this particular would-be customer cancelled his order and bought a bike in Germany instead, Ribble has now created a Brexit FAQs page, and says customers are made aware of the changes at various stages of the order process.

David Stacey, Ribble's Commercial Director, said: "We’ve removed all UK VAT from the pricing that any European customer will see, so they aren’t paying for that twice. The customer also gets a pop-up message when they’re in our Bike Builder, which is the process every customer has to go through to buy a bike from us.

"That pops up to tell the customer that because of Brexit and the changes, they will be liable for local taxes and they will need to work that out with their local customs office when they receive the bike.

"Once they do that and complete the transaction we send them a confirmation e-mail straight away. That confirmation email also reiterates that point to the customer again, even if they missed it through that journey somehow or they forgot about it, and they get another email which confirms that fact to them as well.

"In that regard the customer is exempt from paying anything they don’t have to pay, and then when they do, they do become liable for their local charges and they will have to deal with that through their customs office. We would accept the criticism that that could be clearer, and there are a number of things we’re doing to build on that messaging."

Ribble's CEO Andy Smallwood added: "Because we do accept that it has taken a bit of time to really get under the skin of what the legislation is, and we are obviously very respectful of our customers, for those who’ve ordered between 1st January and [17th January], we will be going back to those customers who have placed orders between those dates. We will be refunding them the 14% import duty that they will be liable for upon importation of the bike into Germany, or any other territory In the EU.

"The messaging was already live on the website, but we’ve made it more prominent and added a couple more locations where the messaging is as well."

The additional 14% tariff works both ways, and as we reported yesterday it means that Canyon has upped its prices to swallow some of the cost, but stuck with its ‘all in’ model of including all VAT and charges in the price at checkout. Other EU brands whose bikes will fall outside of the ‘rule of origin’, such as Rose Bikes, has decided to stop shipping to the UK entirely.

For UK customers, Ribble also gave an update on the continuing issues brought about by a huge shipping container shortage in Asia, which has raised shipping prices, led to huge delays at ports and for Ribble specifically, meant that some of its customers have experienced lengthy lead times after purchasing via Ribble's website.

Stacey said: "These factors are definitely not new, and since about October time we’ve been experiencing major delays at ports.

"Not all of that is to do with Brexit, it’s to do with several other factors, mostly COVID and the furloughing of people at ports, and this has created a massive knock-on effect of container shortages and shipping delays, and therefore supply and demand dictates the price rise [of containers].

"So yes absolutely, that’s been something we’ve been battling for months now, and it’s really difficult as a UK manufacturer, because we’re totally reliant on constituent parts arriving with us.

"We basically build to order, none of our bikes sit on a shelf in a box. Every single customer who orders a bike from us has it hand-assembled from its constituent parts, and we’re just being crippled by these delays. It’s been very, very difficult.

"We’re expecting that to continue through the early period of Brexit, because why wouldn’t it? It’s another factor that impacts the speed at which freight can move through the port. We are actually seeing some green shoots at the moment, so it does feel as though in the first few weeks of 2021 things may be getting better. But they’re very small shoots in comparison to the issues we’ve been facing."

We'll have more on Brexit-related issues, shipping shipping delays and container conundrums in a follow-up article on the state of Britain's bike industry soon.