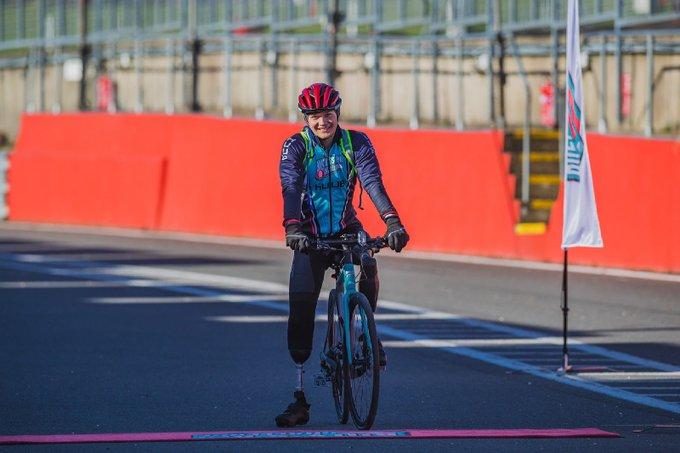 The 21-year-old said that cycling up steep hills forced him 'to dig deeper than ever before'...
by Will Bolton

A racing driver who lost both his legs in a crash has finished a gruelling triathlon covering 140 miles in four days.

Billy Monger completed the final stage of the Comic Relief challenge by walking and cycling laps of his home track in Kent.

The 21-year-old said 'it was hard to explain what it means to be have been able to ride again'.

Billy said he rode a bike for the first time since the 2017 crash about a month ago.

In April 2017 Billy was pulled from the wreckage of his F4 racing car at Donington Park after slamming into another car at 120mph.

At just 17 years old he was placed into an induced coma and when he awoke he was told surgeons had amputated his right leg just below the knee and his left one just above.

Just 11 months after his accident he astonished everyone by coming third in a specially modified car at a British F3 championship race at Oulton Park, Cheshire.

In 2018, he was awarded the BBC Sports Personality of the Year Helen Rollason Award for outstanding achievement in the face of adversity.

He started his latest incredible challenge on Monday in Gateshead, Tyne and Wear, with a brutal 18-mile walk.

Bad weather forced Billy to delay his plans to kayak in the Lake District on Tuesday but he took to the water on Wednesday and covered 6.5 miles across Ullswater.

On Thursday, he completed a 65-mile bike ride from Birmingham to Blenheim Palace in Oxfordshire.

Billy said that cycling up steep hills forced him 'to dig the deepest that I think I've ever had to'. 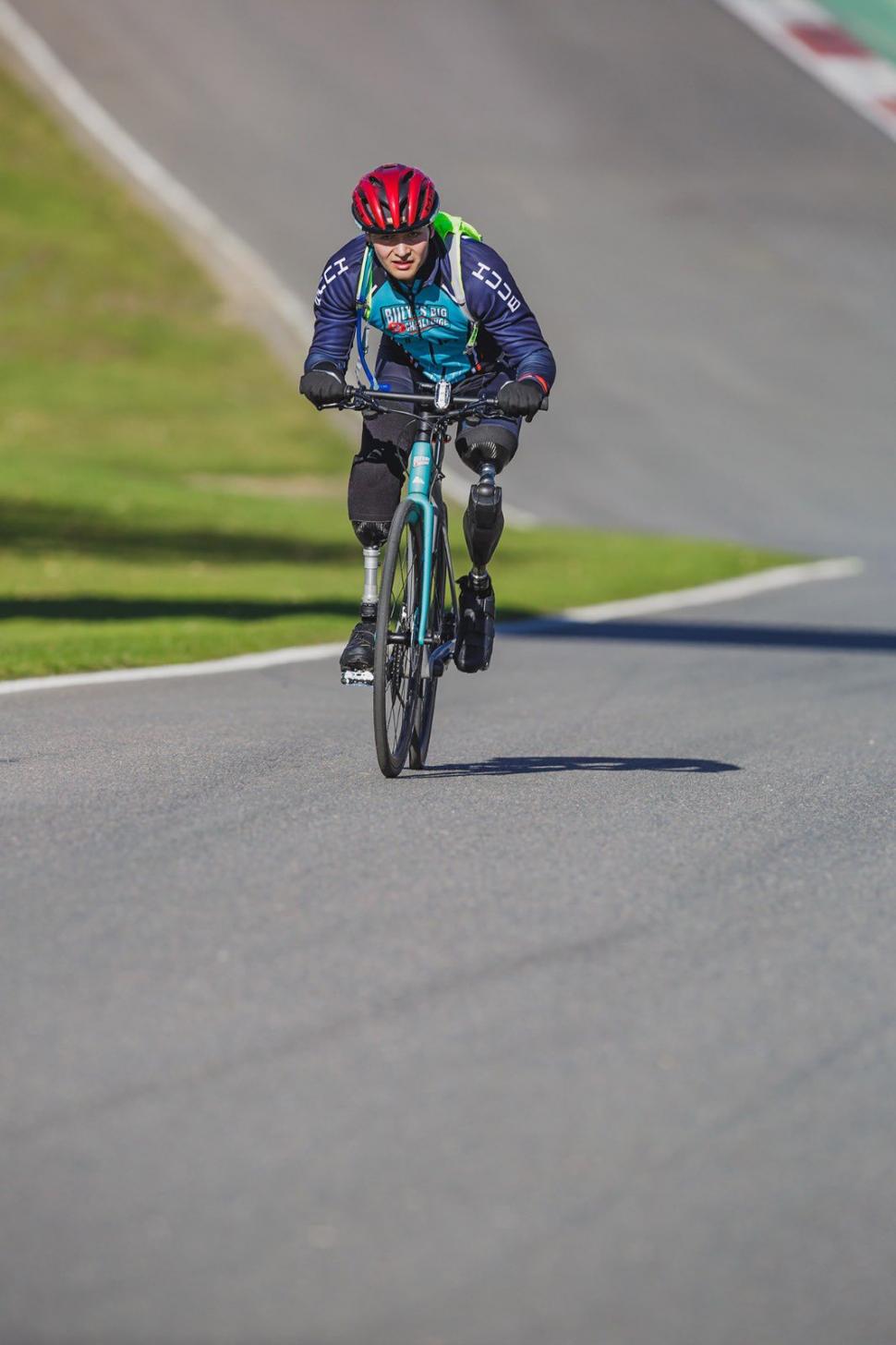 In a Twitter post he explained how much it meant to him to be able to get back on two wheels.

He said: "Hard to explain what it means to be able to ride a bike again, anything is achievable with the right support."

Cycle complete! Hard to explain what it means to have been able to ride again, anything is achievable with the right support. One more walk to go and we’ve made it over the line @comicrelief pic.twitter.com/auO1bvJ54y

Finally, on Friday, he finished the challenge with 18 laps of Brands Hatch on a bike and three on foot, crossing the finish line at about 20:00 GMT.

Speaking after his challenge, Billy, from Charlwood, in Surrey said: "I have just done 140 miles in four days its been the toughest, most exhausting, most incredible four days of my life.

"Super proud and thankful for all your support. I'm going to go to bed now and no exercise for me for a few days."

People  will be able to see all the ups and downs of Billy’s challenge in an hour-long  documentary on BBC One.

The money Billy has raised will help tackle  issues such as homelessness, hunger, domestic abuse and mental health problems.

To donate go to comicrelief.com/rednoseday