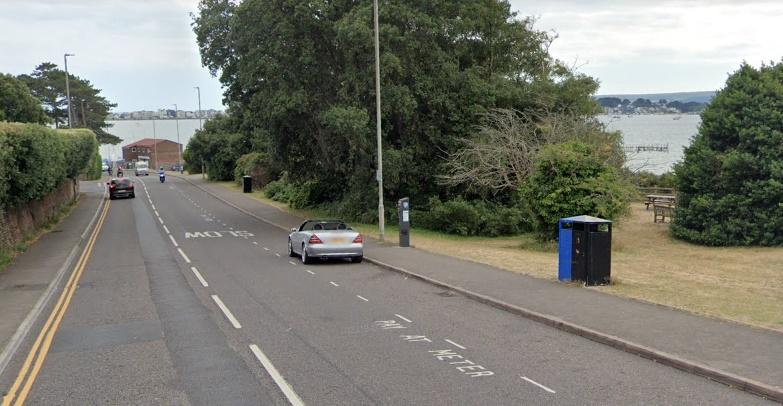 Watersports enthusiasts in Poole have expressed anger at plans to replace parking bays on Evening Hill with a protected cycle lane, arguing this would effectively remove their access to Poole Harbour.

A trial protected cycle lane was this week introduced on Shore Road, the main route to and from Sandbanks, thanks to Emergency Active Travel funding from the Department for Transport.

The route is a key part of National Cycle Network Route 2, but the introduction of the lane has also seen the removal of 43 on-street parking spaces in the Evening Hill location.

Bournemouth Christchurch and Poole Council (BCP) have said that the spaces will be replaced nearby.

Despite this, many have voiced their displeasure on the Widen My Path website that is currently being used by councils up and down the country to identify areas in need of improvements.

One comment, which has been agreed with by over 300 other users, reads: “Current car parking at Evening Hill provides access to variety of activities including personal watersports such as windsurfing, SUPs, kayaks etc, a public slipway, a beauty spot with picnic tables and benches frequented year round by numerous locals.

“The hill is too steep for most cyclists to climb, Beryl bikes and indeed any commuting bike rarely even attempt the ride.

“It is predominantly sports cyclists on road or mountain bikes who attempt the climb. Removing all parking access to the beauty spot and harbour, purely to benefit sports cyclists, rather than to promote cycling and active travel locally, is a misuse of public and government funds and has been decided without public consultation or suitable research.

“If social distancing measures are required to separate cyclists and pedestrians, there is ample room and existing pathways and promenade to safely facilitate this without closing access to the sea and beauty spot with BCP’s current proposal of removing all parking.”

Councillor Andy Hadley, Portfolio Holder for Transport and Infrastructure, said: “A lot of people took up cycling following the Covid-19 pandemic and I am pleased to see this location addressed as part of our emergency active travel plans rollout.

“The seafront, including Sandbanks, is a key destination and due to its popularity, this route can become very congested during peak periods.

“The new protected cycle lane will help users cycle safely on a key section of this busy road, and hopefully encourage more visitors and residents to use their bikes to travel to and from the beach, as well as along the coast.”

“I believe is a grave mistake from BCP, rushed into for the sole purpose of accelerating government funding, with little or no thought for anyone except cyclists,” he said.

“BCP have stated they only had seven days to make their bid for Government funding and they've taken it without enough research.

“Seems to me they wanted as much Government funding as possible at all costs and sadly have not taken the bigger picture into account on this occasion.”

However, the newspaper also quotes an anonymous local cyclist, who said: “Evening Hill is part of the National Cycling Network route 2 and deserves some much-needed attention from BCP.

“When busy, it is often dangerous riding up that hill even for an experienced rider. I tend to avoid it when it is if I'm honest.

“BCP are responding sensibly to Government guidelines, ultimately putting the safety of some people over the convenience of others.

“If people are serious about climate change, helping people move to more active forms of travel due to Covid-19, the council has to make the most cost-effective changes to do that.”