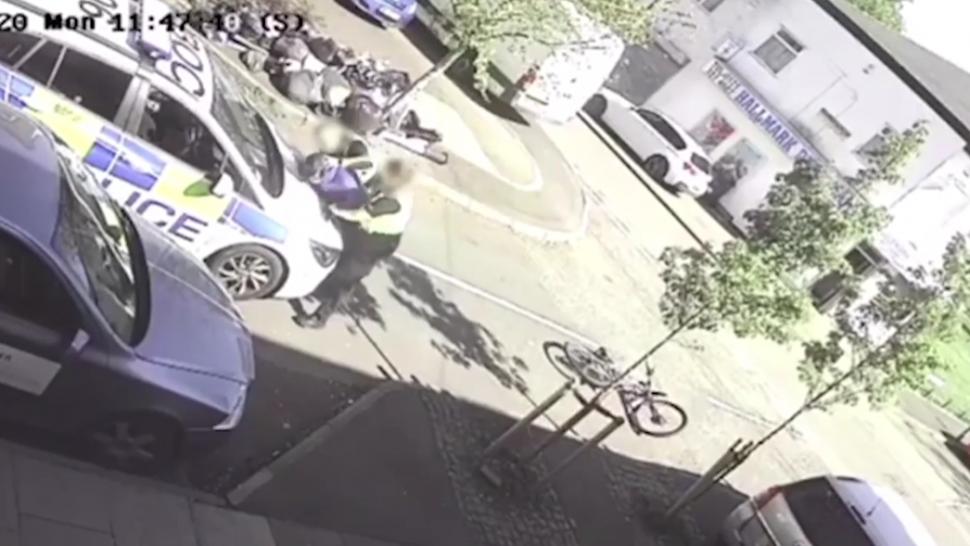 Police officer sacked after being convicted of assaulting black cyclist

West Midlands Police has sacked an officer who assaulted a black cyclist while on duty and the following day attacked a black teenager.

Both incidents in April last year were captured on CCTV, with the officer, PC Declan Jones, suspended from duty the following month.

Last month, he was convicted of two counts of assault and ahead of being sentenced tomorrow, he has now been dismissed without notice by the force for gross misconduct.

CCTV footage shows him pulling Michael Rose, 44, off his bike in Aston on 20 April last year, and punching him in his back three times, as well as banging his head on the bonnet of a police car, while a female officer held down the victim.

The following day he was filmed kicking a 15-year-old boy whom he was searching.

Both incidents were investigated by the Independent Office of Police Conduct (IOPC), which did not uphold the victims’ allegations of discrimination.

However, in a statement West Midlands Police Chief Constable, Sir David Thompson, said that through his actions Jones, who joined the force in 2015, had undermined public trust in the force.

“PC Declan Jones has today made the work of good officers harder by his criminal acts,” he said. “His conduct is criminal and has caused a serious impact upon the public view of West Midlands Police.

“His behaviour has no place in policing and undermines our efforts.

“However, this case will reinforce the view of some that his bad behaviour has only been acted upon because of clear CCTV. That other incivilities towards black people do not receive the attention that is unavoidable in this case.

“Whilst I do not believe this to be true, as a force and a group of professionals we fail if we do not confront the realities of this view and the fact that force is used by us disproportionately on black men.

“There is more that needs to be done by the force, and each of us, to address this. We do police an unequal society and there will be disparities. Where they exist, we must account for them and take action to demonstrate we are acting fairly and in the public interest,” he added.

West Midlands Police and Crime Commissioner Simon Foster said: “The case of PC Declan Jones is deeply concerning and my thoughts are with his victims.

“For an officer entrusted with policing powers to act in the way he did cannot and will not be tolerated.

“I am pleased the force has acted quickly and decisively in this case to protect the public and I stand shoulder to should with them on this.”

He added: “At the end of the criminal justice process, I will examine what action might be appropriate via the pension forfeiture process.

BBC News reports that Jones faces another trial in October on a charge of assault occasioning bodily harm following an IOPC investigation into an incident last February in which a Taser was deployed.

Please note that comments are closed on this story.