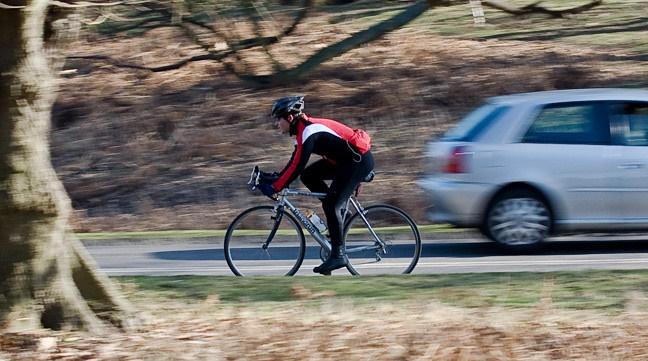 Derbyshire Police have been criticised for stating that ‘local exercise’ during the coronavirus crisis, “does not include lycra-clad leisure cycling on the now quieter roads.” The force later claimed the comment was a specific reference to what appeared to be members of cycling clubs riding in large groups on the Snake Pass.

Yesterday, police in Derbyshire urged cyclists – and others – not to flout government restrictions regarding exercise during the coronavirus pandemic.

The force provided as one example, “large groups” of riders apparently in club kit riding on the Snake Pass.

Lycra clad cyclists is in reference to what appeared to be members of cycling clubs in matching outfits riding in large groups along the 11 mile stretch of the A57 Snake Pass.

Nevertheless, the original comment about ‘lycra-clad cycling’ came under fire on Twitter for being poorly-worded, implying that any form of leisure cycling while clad in lycra was unacceptable.

“So I've got a 7 mile commute (key worker) to my work and I wear lycra coz it's more comfortable,” said Liam McReanan. “Thanks for the target on my back.”

Elisabeth Anderson said that the tweet should have referred to "cycling clubs in matching outfits" rather than "lycra-clad cyclists".

“People can and should be taking exercise, wearing sports clothes is totally acceptable. Are you going to start tweeting about groups of ‘tracksuit clad’ people walking near each other?”

Another user, @dashfiets, said: “You could have just written ‘It does not include riding in groups’ in the first place then? Given that's the bit that's actually the problem, not what their outfits are made from or whether they match.”

British Cycling thanked the force for clarifying the initial comments, and added: “To be clear, we are advising our members to ride responsibly, which means only going out once a day, on our own, or with people we live with, and keeping 2 metres apart from anyone we see.”

Cycling UK is advising the cancellation of all group rides and activities following the latest Government guidance.

The charity adds that, “it remains advisable for people to cycle for their health, fitness and well-being, but in line with our previous guidance, you should only do this alone or with members of your household unless any of them have reason to self-isolate.”