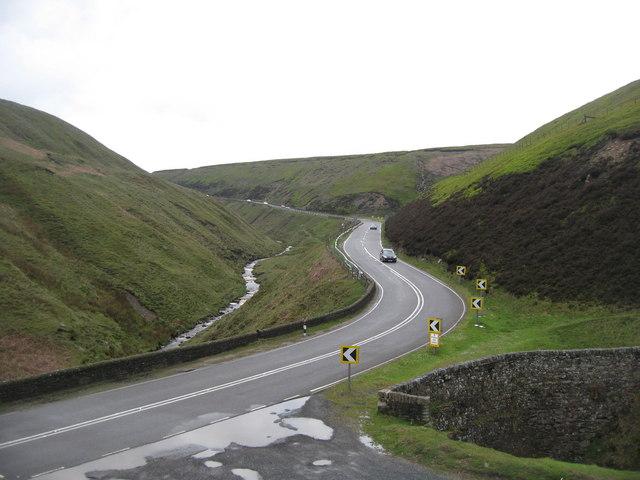 Police in Derbyshire have urged cyclists, among others, not to flout government restrictions regarding exercise during the coronavirus pandemic, highlighting what they say are “large groups” of riders apparently in club kit riding on the Snake Pass in the Peak District. They have also underlined that while individual exercise is permitted, people should not be driving somewhere away from home to do it.

On Monday evening, outlining new rules under which people have to stay at home with limited exceptions, Prime Minister Boris Johnson said that it was permitted to go out for one form of exercise – walking, running or cycling – once a day, either alone or with members of your household.

However, it appears that many people are driving to beauty spots such as the New Forest or the Peak District to go for a walk or bike ride, resulting in police underlining that this is not permitted under the rules and telling them to start and finish their exercise from their own homes.

Earlier today, Derbyshire Roads Policing Unit said on Twitter: “We are patrolling all areas of the county and continue to see an unusually high volume of activity particularly in rural areas.“None of us ever expected or wanted this to happen but the message is clear – stay at home.”

In subsequent tweets, the force added: “Essential travel and local exercise does not include driving to locations and going for walks. It does not include Lycra-clad leisure cycling on the now quieter roads.

“It isn’t just about preventing the spread of the virus but also reducing the burden on essential services.”

Clarifying one of those tweets, it added: “Lycra clad cyclists is in reference to what appeared to be members of cycling clubs in matching outfits riding in large groups along the 11 mile stretch of the A57 Snake Pass.”

It’s not just cyclists that were criticised for ignoring the rules laid down by the government, breach of which is now subject to a £60 fine for a first offence.

“Dispersed with no resistance but seriously this is not social distancing and staying home.”

Despite posts yesterday highlighting issues of people still visiting the #PeakDistrict despite government guidance, the message is still not getting through. @DerPolDroneUnit have been out at beauty spots across the county, and this footage was captured at #CurbarEdge last night. pic.twitter.com/soxWvMl0ls

It’s clear from social media posts from police forces across the country that many people are ignoring the rules on staying at home and avoiding social gatherings, as well as those laid down regarding avoiding non-essential journeys and exercising alone or with people who live in the same house.

While cycling is one of the permitted forms of exercise, the risk is that if some people continue to flout the rules and ride in groups, or take their bike by car to ride elsewhere, is not only that they may spread the virus, but that cycling will be banned altogether, as has happened in several countries on the continent.

A week before the Prime Minister’s announcement on Monday, the charity Cycling UK urged people not to ride in groups, and after his address to the nation it reinforced that point.

“Under no circumstance should you cycle or take part in any cycling activity in groups,” it said. “This is critical to stop the coronavirus disease spreading between households.

Our own advice is in the article linked below, originally published at the weekend and updated since then as the situation has evolved is that if you do feel that you need to ride outside, “then ride on your own, stay on your own, go home on your own and keep social interactions down to the absolute minimum. If you do meet people along the way then observe the guidance on social distancing.”