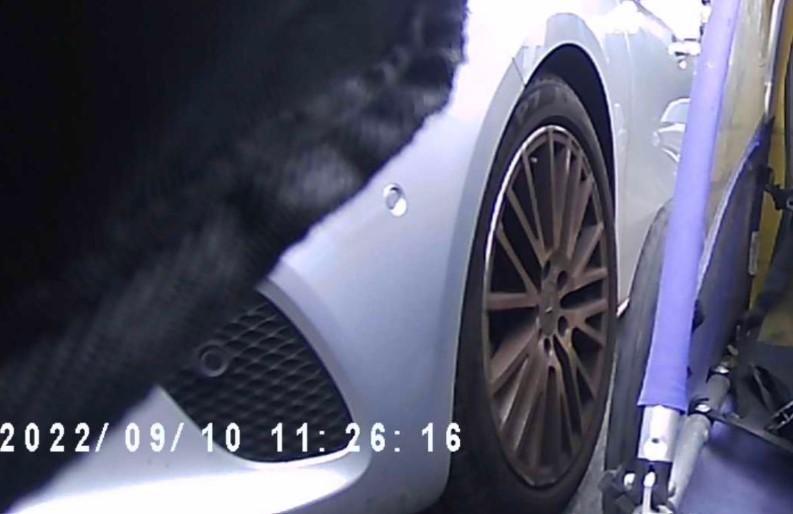 Near Miss of the Day 823: The shocking moment a driver nearly crushes a child being towed in a bike trailer

Our regular series featuring close passes from around the country - today it's Cheshire...
by Simon_MacMichael

Of the more than 800 videos we have featured in our Near Miss of the Day series to date, and thousands more that have been submitted, but not published, it is very difficult to think of a more shocking one than this – a driver who appears to make a deliberate manoeuvre towards a trailer being towed by a cyclist, in which the rider is carrying his infant son.

It left us speechless when we saw the video on Twitter earlier this week. Another couple of inches over and a family’s life would have been changed forever.

As you can imagine, the video attracted plenty of attention when it was first shared on the social network when Simon – @ChesterCycling – posted the footage, shot in Northgate Village, Chester.

“I had my one-year-old son in the trailer behind me, and my son (aged 7) and daughter (9) were riding their bikes ahead of me,” he told us.

“We were using a residential road to get from the local greenway to the centre of Chester. This was the route that involved the least time on a road.

“The driver pulled out of a side road, on to the wrong side of the road, passed two legal scooter riders, a car, and then tried to pass me.

“We were moving towards the centre of the road to pass a parked car on double yellows, and two vehicles were heading towards us on the opposite side of the road.

“He then stayed behind us until the top of the road, at which point he went right as we went left, and according to the passenger in the car behind me that he'd previously overtaken, he then continued up that road for a distance on the wrong side of the road.”

Simon reported the incident to Cheshire Constabulary, who confirmed to him today that “they have sent the registered keeper a letter” – although, echoing a frustration we hear from a lot of readers who submit footage to the police – he added, “I probably will never find out what specific action will be taken against the driver.”