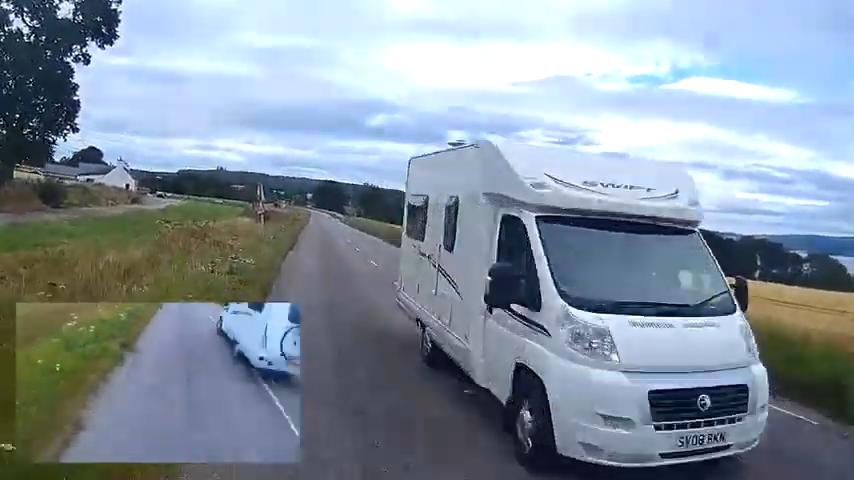 “Not reported to Police Scotland because I wasn’t killed, etc”
by Simon_MacMichael

A cyclist on the receiving end of a very close pass in the north of Scotland from a motorhome driver says he didn’t report the incident to police “because I wasn’t killed, etc.”

The incident, filmed by road.cc reader Kieran the Saturday before last, happened as he approached Garguston – which lies on the Black Isle, across the Beauly Firth from Inverness – from the west.

Kieran’s comment could be viewed as tongue-in-cheek – but it does reflect the reality encountered by many cyclists when they submit footage of close passes to police, namely that due to resource issues even the closest of close passes caught on film will not be followed up by action against the driver unless the rider was injured.