Near Miss of the Day 637: Cyclist receives a very fast and close pass

Our regular series featuring close passes from around the country - today it's Surrey...
by Simon_MacMichael

The rear-facing footage in the video featuring in our Near Miss of the Day series today shows just how close a fast-moving driver came to hitting a cyclist from behind on a fairly wide country road, the B311 near Lightwater in the Surrey Heath area. 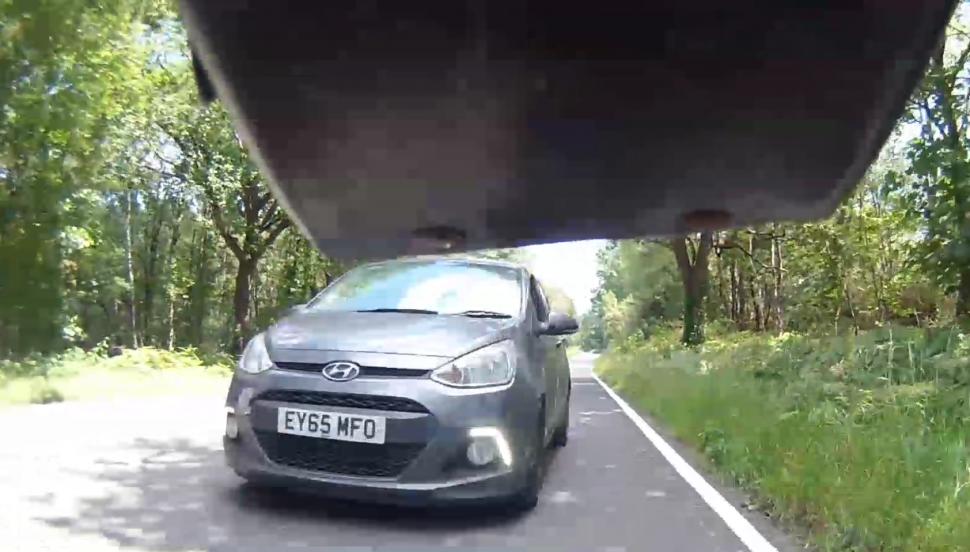 It was sent in by road.cc reader Keith, who said: "I reported this one to Surrey Police but we're past the 6 week window now and, yet again, I've heard nothing so assume they are taking no action.

"The still photo shows just how close the car got, it's not clear if they did this deliberately or were just didn't see me (with 2 rear lights on a bright sunny day)."

The full front and rear facing videos each clock in at 5 minutes and show plenty of other motorists giving Keith ample room.

It's also worth noting that after the motorist who makes the close pass is beyond the cyclist, they have now moved way over towards the centre of the road, and stay there as they head off into the distance..

A case, then, of a distracted driver who only noticed the cyclist at the very last moment then pulled out towards the middle of the road then remained there once they went back to whatever had been occupying them beforehand?

It's impossible to know, but it's one potential explanation.

It's worth noting too that Surrey Police's road policing unit is among the most proactive on Twitter when it comes to flagging up examples of poor driving, as well as dispelling myths held by some motorists about the Highway Code, including how it applies to cyclists and how they should drive when sharing the road with them.

If indeed no action is being taken against the driver in this case, given the speed and closeness of the overtake, that does make us wonder if the unit was made aware of this incident, or whether the decision was taken elsewhere within the force without referring it to them.