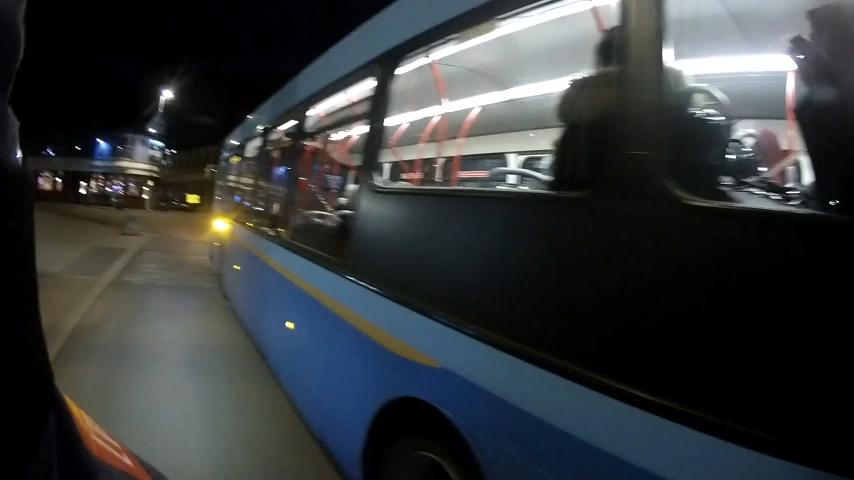 Near Miss of the Day 590: Bus driver left-hooks cyclist, forcing him onto pavement

Our regular series featuring close passes from around the country - today it's the West Midlands...
by Simon_MacMichael

We’ve featured buses regularly in our Near Miss of the Day series over the years – they account for around 1 in 20 of the videos published here – and we have another today, as a bus driver in Coventry starts turning left as they are overtaking a cyclist, forcing the rider, who is banging on the vehicle, to jump onto the pavement to avoid being run over.

James, the road.cc reader who sent in the clip, said: “I’m cycling up Cox Street in Coventry to the junction with Jordan Well and Gosford Street when the bus driver thinks it would be good to overtake me and immediately turn left forcing me onto the footway to avoid being run over (I’d say avoid a collision but since I've been thumping on the side of the bus I'd say there's already been a collision).

“I reported this to West Midlands Police and National Express as per usual I have heard nothing from National Express (any enquiry will simply get a ‘protecting the privacy of the bus driver’ type response).

“National Express were obviously reluctant but I did eventually get the video from the bus.”

He added: “Not my first incident, or my last – there's more to come, with National Express another candidate for close pass of the day here.”