Near Miss of the Day 449: Cyclist gets very close pass from driver of bus ... operated by company that has given its drivers close pass training

Our regular series featuring close passes from around the country - today it's the West Midlands...
by Simon_MacMichael

A road.cc reader who saw how a video previously submitted to our Near Miss of the Day feature had resulted in the bus company involved responding to outline the cycle awareness training has shared his own experience of a close pass from a bus driver who works for a firm that has provided similar training.

Martin, who sent in the footage, said: "This is Great Bridge Street in Tipton,. Huge potholes everywhere, blocked cycle lanes on both sides, and an extremely close pass from a double decker bus.

"I actually had to slow down and swerve to avoid it hitting me. My camera is situated in the middle of the handlebars, so it gets a lot closer than the footage indicates.

"This happened on July 27th, but i've only just set the timestamp on my camera."

The bus operator in this case is National Express West Midlands, which a couple of years ago teamed up with West Midlands Fire & Rescue to train its drivers in Coventry on how to share the roads safely with cyclists, including using a close pass mat to show the distance they needed to allow riders when overtaking. 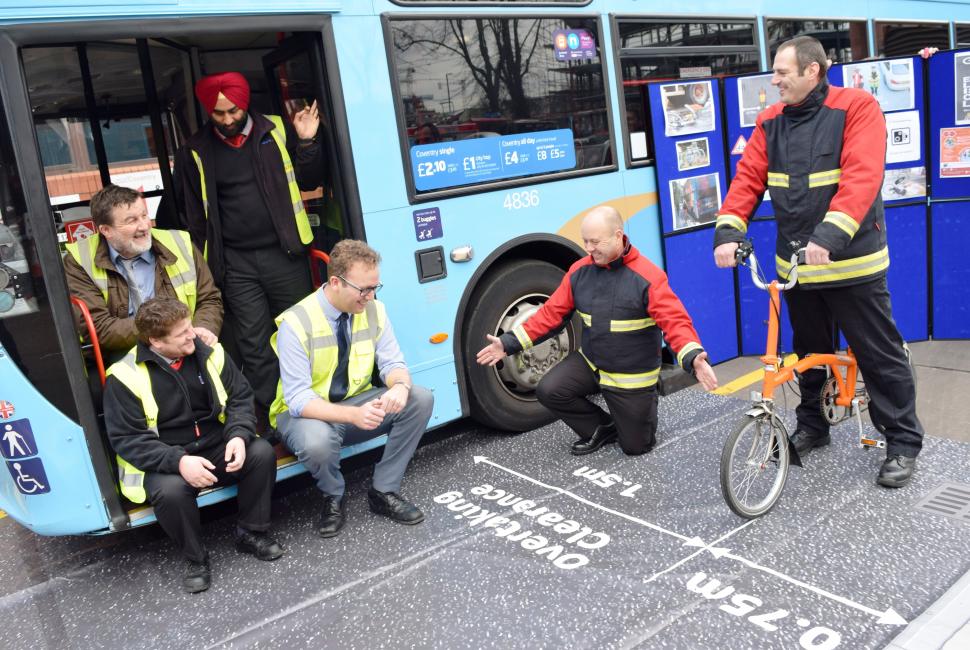 Tom Stables, Managing Director of National Express West Midlands, said at the time: "You can never stop learning about safety. We are constantly looking for innovative ways to make the roads safer for all users.

"Our Coventry bus drivers really appreciated the chance to learn more about this aspect of road safety, especially as many of them are cyclists and motorcyclists too."

Perhaps it's time to give drivers in Tipton a refresher, too?