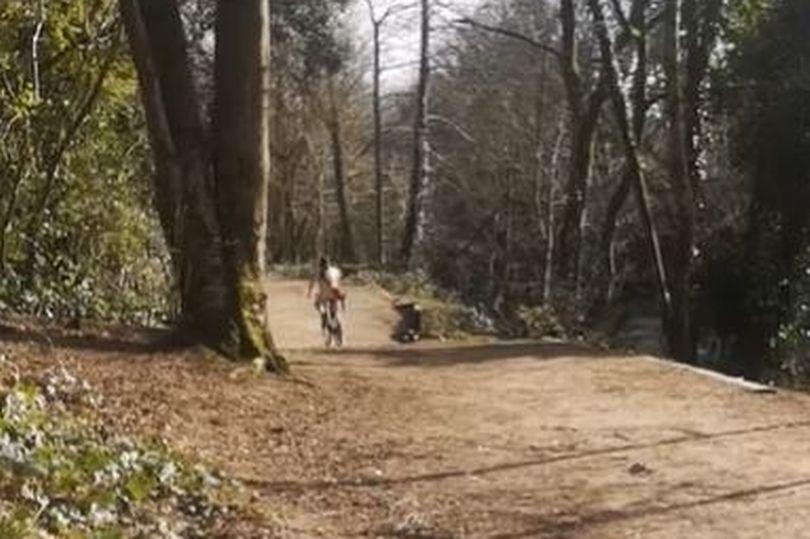 People in Tameside, Greater Manchester, have been advised to be vigilant after a naked male cyclist, described as being in a state of arousal, was spotted riding his bike around a local beauty spot.

The priapic pedaller was seen cycling at Hulme’s Wood in Denton with an “erect member” reports the Manchester Evening News.

One local resident said in a post on Facebook: “I've just been walking down Hulme woods. There's a guy riding down there naked with an erect member.

“It’s been reported to the police. If you see him please report.

“There are a lot of lone women who walk here daily as I do. Please be careful. He has long dark hair.”

They also posted a picture of the cyclist pedalling away into the distance.

One person replying to the post said, “Honestly scares me walking down the woods and even more so seeing this.”

“He’s ruined my happy place,” another said of the area, which runs alongside the River Tame.

Under the Sexual Offences Act 2003, in England public nudity is not illegal unless there is intent to cause alarm or distress to others – something organisers of local editions of the World Naked Bike Ride, who clear the event in advance with local police, point out.

However, in 2015 we reported how a man hoping to take part in the event in Canterbury, Kent, was told by organisers to put his trousers back on and leave after he was said to have become “overexcited.”

One witness said: “Everyone was taking their clothes off to get ready for the ride. I heard gasps and I turned around – it was a horrible sight.

“It's fair to say he was overexcited and got aroused. It looked like he was enjoying the event a bit too much.

“One of the organisers went over to him and told him to put his trousers on while speaking on a walkie-talkie to police.

“The man looked sheepish when he was spoken to by the police.”