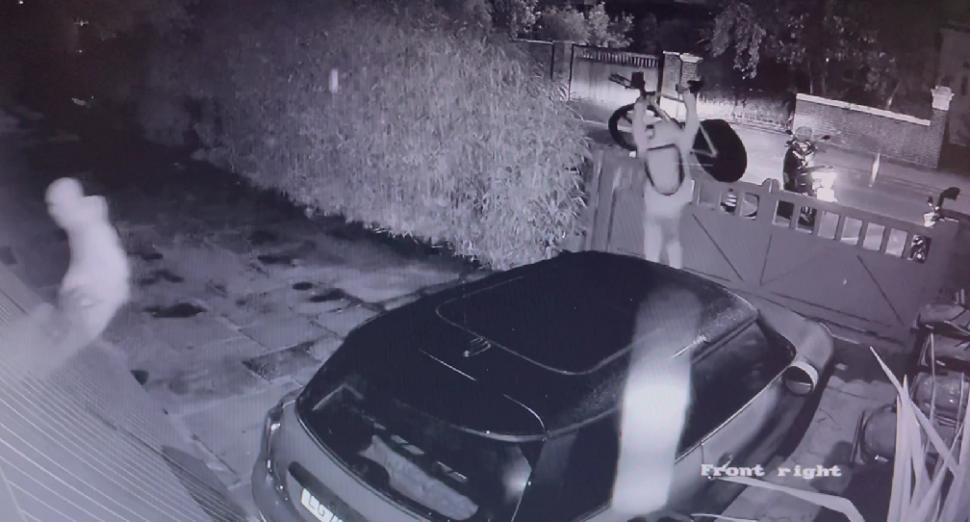 A gang of thieves on mopeds stole six bikes from a home in southwest London in the small hours of Monday morning – including a time trial bike which hours earlier had been ridden by its owner to win the junior men’s national closed circuit time trial championship.

The theft, from Mattie Dodd’s family home in Wimbledon, happened at about 3.30am, with footage of the four thieves, riding two mopeds, making off with the bikes captured by a neighbour’s CCTV camera.

A video shows three of the thieves using tools including a crowbar to prise open the garage door then quickly carry the first four bikes out, hoisting them over the driveway fence to where their accomplice is waiting by the mopeds.

Yesterday’s success should have capped a memorable year for the teenager, who rides for Team Backstedt Bike Performance and in August won the closing stage of the Tour of the Mendips, finishing fourth overall. 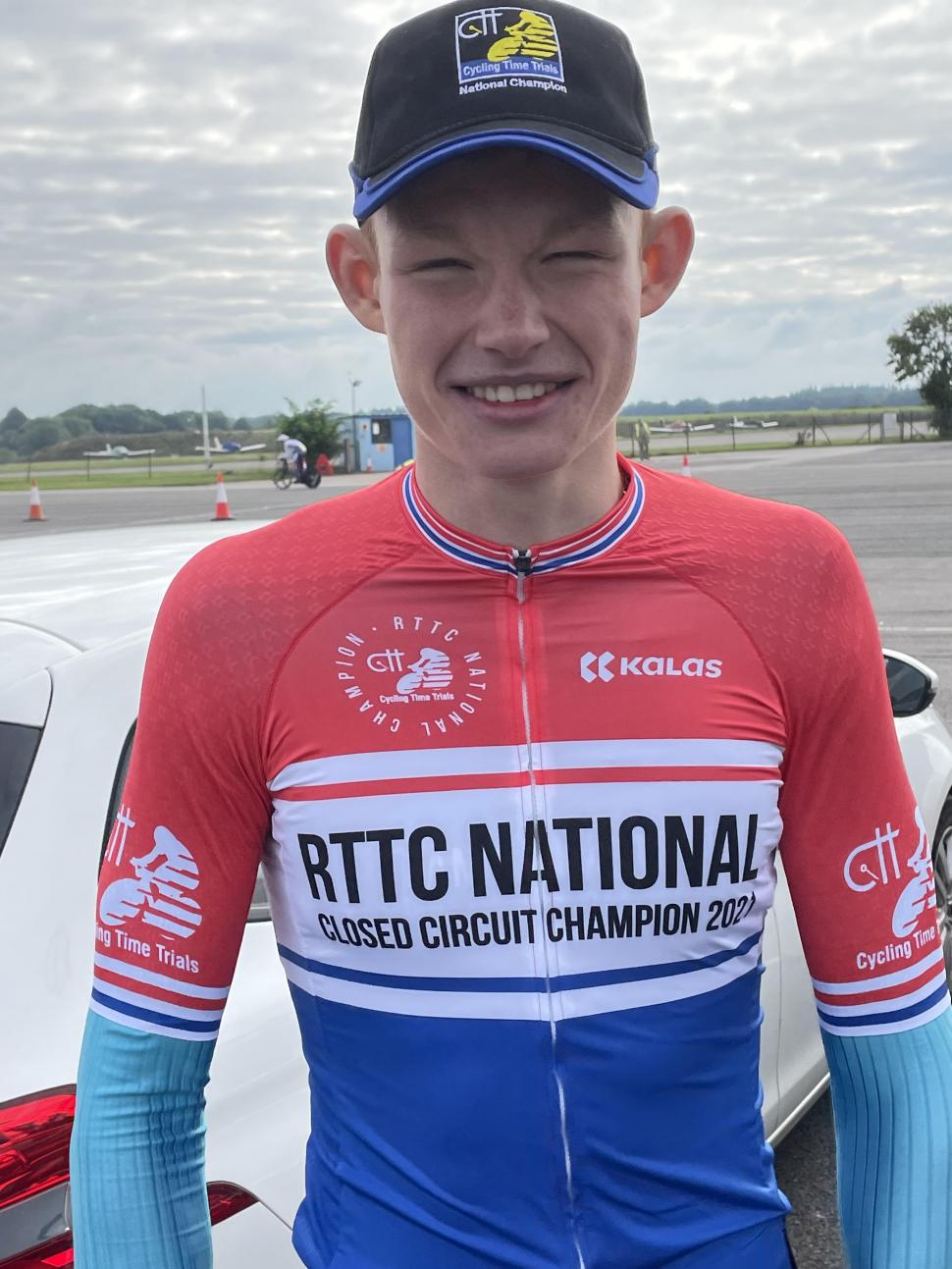 But just 12 hours after the 16-year-old’s victory at the event, organised by Cycling Time Trials at the Thruxton motor racing circuit in Hampshire, thieves broke into the garage at his home and stole the bike he had ridden to victory, as well as five others.

Besides his distinctive blue Orbea Ordu TT bike, the thieves also made off with a Pearson MineGoesToEleven, Pearson Objects in Motion, Pearson Rough with the Smooth, Cervélo R5 and a Specialized Roubaix. All the bikes are shown in Mattie's Instagram appeal below.

“I’m obviously livid for a start, I loved those bikes,” Mattie told road.cc. “My TT bike in particular has taken quite a while to set up right, thanks to the UCI for that one!!).

“Hopefully we can get the money back on insurance though – and at the end of the day no one was hurt.

“I’m holding on to the hope that they might be recovered but I know it is a long shot,” he added.

His father Angus Dodd – who himself lost two bikes, a Pearson Objects in Motion and a Specialized Roubaix – told us that there had been similar thefts at other properties in the area recently.

He added that Pearson Performance in Sheen had been “great in sorting a road bike for Matt in short order.”

Cyclists in southwest London have already been alerted to robbers on mopeds attacking cyclists for their bikes following two incidents last week.

Last week, Alpecin-Fenix pro cyclist Alexandar Richardson was pushed from his bike and dragged along for 100 metres by a gang of four men on two mopeds in Richmond Park before being forced to hand his bike over when one of the thieves brandished a machete at him.

The previous day, another cyclist in the park had his bike stolen by two men on electric scooters.