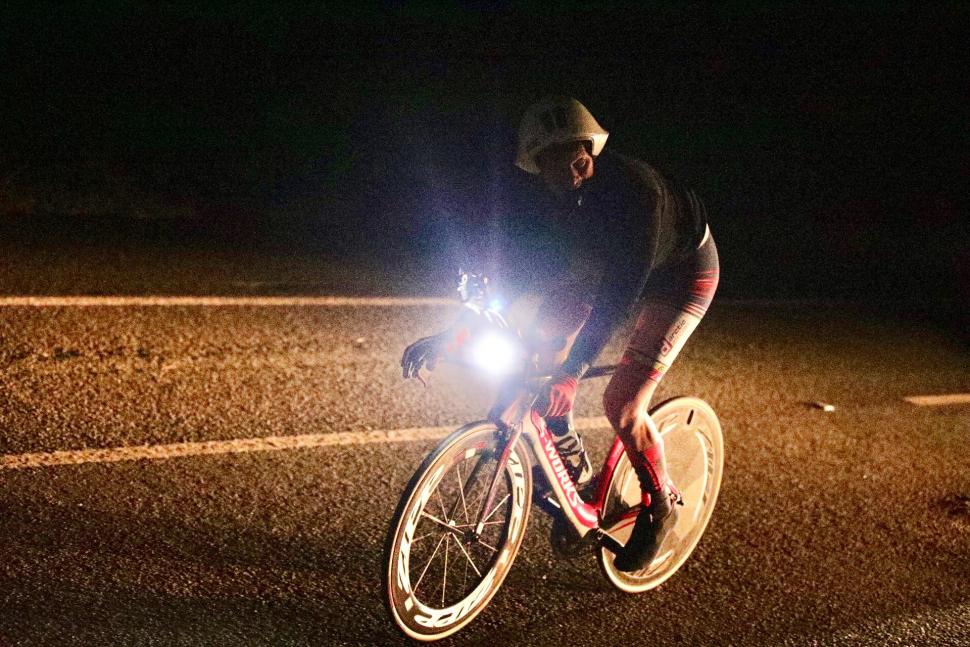 Ultracyclist Michael Broadwith has broken the Edinburgh to London cycling record, but it was touch and go with his support crew unsure whether he had done enough to claim it until well after his ride finished late last night.

Subject to ratification by the Road Records Association (RRA), the maths teacher from Berkhamsted, Hertfordshire beat the previous record, held since 1989 by Pete Wells, by just 5 minutes 17 seconds, according to a post on Facebook from his Arctic-Aircon Racing Team.

The new provisional record is 17 hour 42 minutes and 47 seconds, but it was a close run thing, not least due to unexpected road closures as Broadwith rode through London to the finish line King Edward Street, close to St Paul’s Cathedral.

The finish location for the record, first set in 1903, was by the statue of postal reformer Roland Hill by the site where the General Post Office stood from 1829 until it was demolished in 1912, with the ride starting outside its counterpart in the Scottish capital, as stipulated in RRA rules for attempts on the record.

History of the RRA Men's unpaced bicycle record, London to Edinburgh. Recognised by the award of the TG King shield, dated 1901. pic.twitter.com/vb2nmWz4t8

He was not just riding against the clock – as he left Edinburgh, a letter was posted there addressed to a location close to the finish, meaning he was also racing against the speed with which the Royal Mail could get it from one city to the other. It seems that he won that one, too.

In 2018 Broadwith smashed the Land’s End to John O’Groats record by more than half an hour, and among those supporting him on the roadside during that ride was Gethin Butler, who had held the record for the previous 17 years. Likewise, he received a message of support from Wells on the eve of yesterday’s ride.

The night before his ride, @24HourMaths received a lovely message from Pete Wells, who held the E2L record for 32 years. No-one who was out yesterday would doubt that his 1989 record was an amazing ride.

His support crew also paid tribute to the “incredible” support he had received on the way from Edinburgh to London, whether from those stood at the roadside, or people following his progress through social media.

The night before his ride, @24HourMaths received a lovely message from Pete Wells, who held the E2L record for 32 years. No-one who was out yesterday would doubt that his 1989 record was an amazing ride.