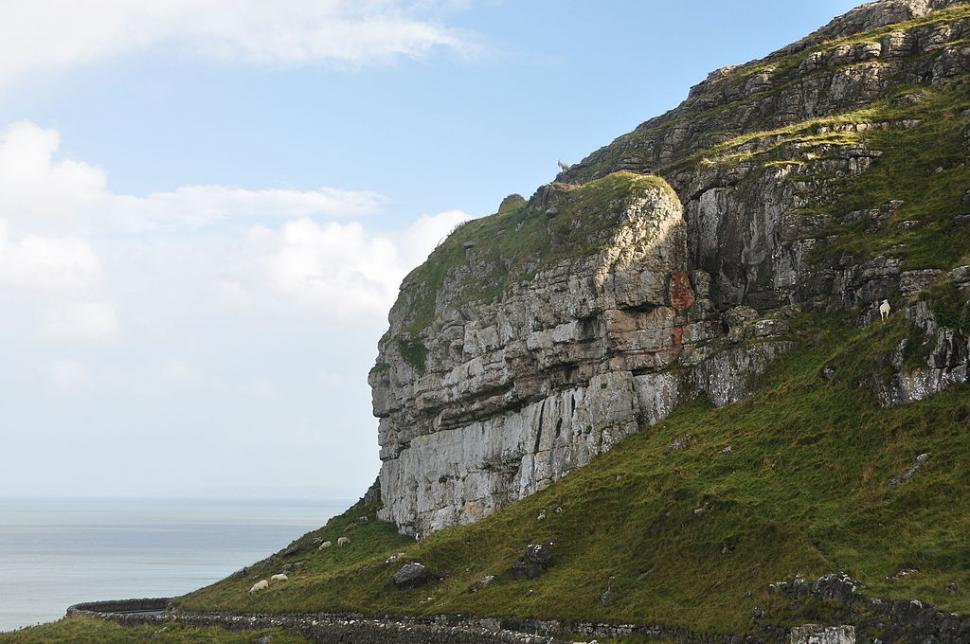 A cyclist has taken to Twitter to tell “lazy bastards” not to use a North Wales beauty spot as a “rubbish bin.”

Simon Roxburgh, a founder member and current chairman of the GOG (Great Orme Goats) Triathlon Club, took to the social network to vent his anger due to the amount of roadside rubbish he discovered on a training ride last week.

My thoughts, riding around the Great Orme this evening.
Apologies for the language but littering sends me up the wall - don’t care if the culprits are locals or visitors. Tidy up after yourselves you lazy b*stards! #llandudno pic.twitter.com/pWapFpelsv

“Here I am, riding up the Orme, and I’m seething,” he said in a video he tweeted.

“It’s the Great Orme, it’s beautiful, and we’re lucky to have it, and people are treating it like their own rubbish bin.

“It’s dead simple, right?,” he continued. “If you can buy that shit, and put it in your car to eat it or drink it, you can fucking take it home.

“So stop making our country a mess and bloody tidy up, you lazy bastards,” he added.

The video, shot while the 46-year-old was preparing for a 24-hour charity challenge his triathlon club undertook yesterday in support of the Great Orme Goat Challenge for St David’s Hospice with clubmates helping clear up the rubbish beforehand, has been watched online more than 25,000 times.

Some things just warm the soul! Great to see the wonderful folk from @GogTriathlon clearing litter on the Orme this morning ahead of their #GOGOrmeChallenge for @StDavidsHospice #caringnotswearing pic.twitter.com/j8HUZXqIvx

The peninsula near Llandudno, with its limestone and dolomite cliffs, is a Site of Special Scientific Interest and home to a number of species of rare fauna and flora, including the horseshoe bat and a 200-strong colony of Kashmir goats.

There are also seabird colonies there, with species including as guillemots, kittiwakes and razorbills.

After his Twitter post went viral, Mr Roxburgh, who lives in Penrhyn Bay, told the Daily Post: “With its goats and spectacular views the Great Orme one of the great icons of Llandudno.

“It’s so sad people treat it this way. I’m afraid it was a bit of a rant but I was seething.

“I was so angry that people come to this beautiful part of the world and can’t be bothered to take their rubbish home with them.”

He continued: “I get angry so others don’t have to. Littering is endemic at the moment, that’s the truth of the matter.

“People are driving along roads and just chucking this stuff out the car window.

“These are people who think it’s the state’s job to clean up after them, that it’s someone else’s responsibility and not their own,” he added.

Ahead of the weekend, he also retweeted this anti-littering message from the Welsh Government.

Wales is beautiful, let’s keep it that way. There is no excuse for littering. Some places you visit may not have bins, or bins may be full, be prepared to take your litter home. #LoveYourLocalArea pic.twitter.com/xvcga52xxi

1
Vincenzo Nibali victim of hilarious TV prank (+ link to video – includes a lot of Italian swearing)
2
Near Miss of the Day 545: Tesco driver nearly wipes out cyclist
3
Motorists to be paid £3,000 to give up cars
4
British riders may be unable to race in Europe under new Brexit rules
5
Video shows cyclist being knocked down at roundabout
6
Five cool things coming soon from Merida, Bontrager, 100%, Farr and Hill & Ellis
7
Near Miss of the Day 547: “My fellow riders did not know how I was not hit,” says cyclist as Jeep driver tailgates overtaking motorbikers through pinch point
8
Custom bike specialist WyndyMilla unveils one-off tribute to guitar legend Eddie Van Halen