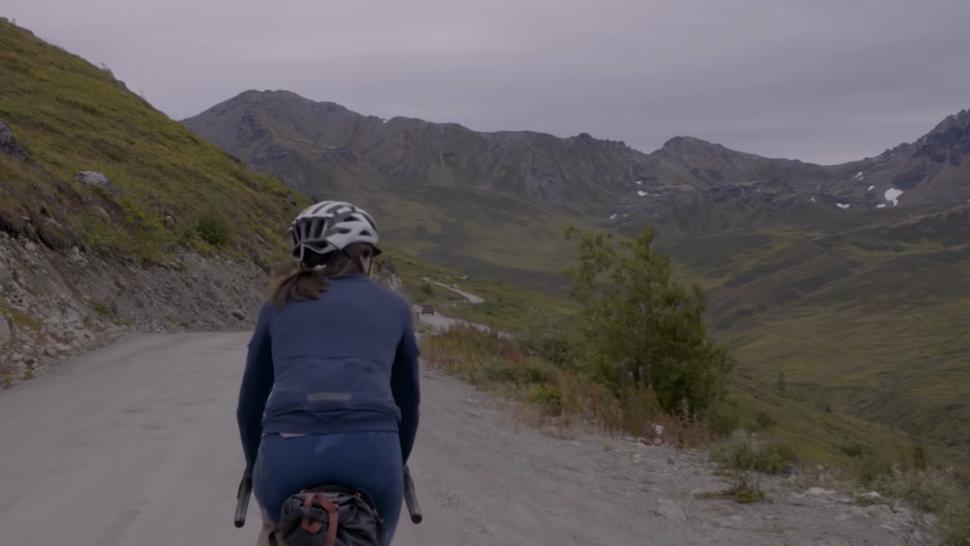 The ultra-endurance racer hopes to set a new outright record by completing the 2,745-mile route in less than 13 days, 22 hours and 51 minutes
by Dan Alexander

Rapha athlete Lael Wilcox is hoping to beat Mike Hall's record for the Tour Divide — a 2,745-mile route from Alberta in Canada to the southern tip of New Mexico but faced a mountain lion encounter and wildfires in a challenging opening week.

The ultra-endurance rider already holds the women's record but aims to add the outright record too by besting Hall's 2016 time of 13 days, 22 hours and 51 minutes. Riding completely self-supported and swapping the mass-start event for a solo tilt, Wilcox set off on Wednesday and is already 1,100km into the challenge.

As with Lachlan Morton's Alt Tour success, the ride is being tracked by Rapha on an interactive map, which shows that as of Sunday morning she has just passed Boulder, Montana roughly 100km off the record pace.

Not bad considering the series of setbacks that have characterised the opening few days of the challenge. In a frightening Instagram update, the Rapha athlete recalled bumping into a mountain lion two nights ago near Ovando in Montana.

Her bike lights caught the animal's eyes and she walked behind it for 10-15 minutes before it finally stepped off the road and allowed her to seek refuge in a nearby church for the night. In another stroke of bad luck, wild fires in Montana forced her to take a detour with 457m of additional climbing, while the smoke also troubled the athlete's asthma.

Once out of Montana, Wilcox will pass briefly through Idaho on the path to Wyoming, before trekking on through Colorado and New Mexico.

Speaking before setting out from Banff she said: "I’m just so lucky, I can’t believe this is happening. My goal is to break the overall record— 13 days, 22 hours, 51 minutes— set by Mike Hall in 2016. That means I have to average 200 miles per day, self-supported for two weeks on dirt through the Rockies from Banff to the Mexican border.

"I’m super grateful to get a crack at it this year. The main concerns are wildfires through Montana. There are so many things that can happen out there, but I promise I’ll do my best."