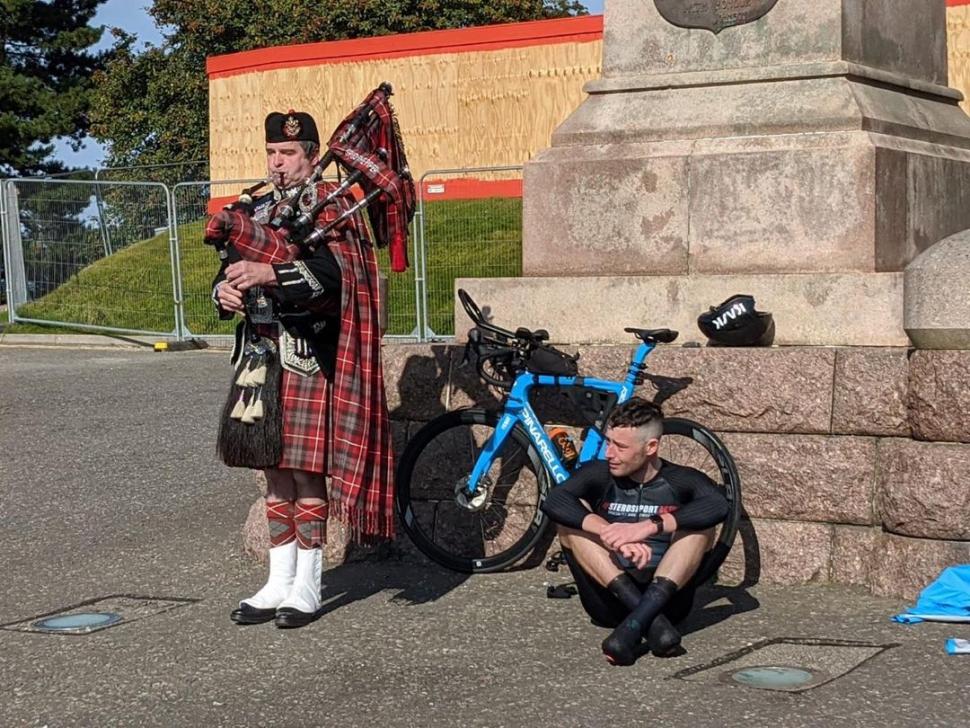 Scottish ultracyclist Josh Quigley has set a new record for the North Coast 500 – riding the 516-mile route in the Scottish Highlands in a little over 31 hours to beat the previous record by less than 5 minutes.

Starting and finishing in Inverness, his ride, which now has to be ratified by Guinness World Records, took place just nine months after he sustained life-threatening injuries when he was hit by a car in Texas while riding around the world.

Writing on Facebook today, the 28 year old from Livingston, who only began cycling four years ago after suffering from depression and suicidal thoughts, said: “We set a New World Record for the fastest ever time to cycle around the 516 mile North Coast 500 route.

“My official time was 31 hours, 19 minutes and 8 seconds. Beating the previous time by 4 minutes and 27 seconds.

“Knowing what my life is like, it was always going to be a nail biting and dramatic final few hours and minutes.

Everything in my life is #Hollywood and this was no different.”

He added: “There were so many people involved in this project and also hundreds of people lining the streets of the NC500 and waiting for me at Inverness Castle.

“Thanks to my team, all sponsors and all of my fans and supporters who came out to see me and who supported online.”

His ride was undertaken to raise money for the Baylor Scott & White Medical Centre, in Temple, Texas, where he was treated after being hit from behind by a motorist last December, sustaining injuries including a punctured lung and fractures to 10 ribs, his skull, pelvis and ankle.

The North Coast 500 was launched by Visit Scotland in 2015, billed as the country’s answer to the iconic Route 66 in the United States.

The previous record of 31 hours, 23 minutes and 35 seconds was set in 2016 by former Rapha Condor JLT and NFTO pro cyclist James McCallum, who also won bronze for Scotland in the scratch race at the 2006 Commonwealth Games in Melbourne.