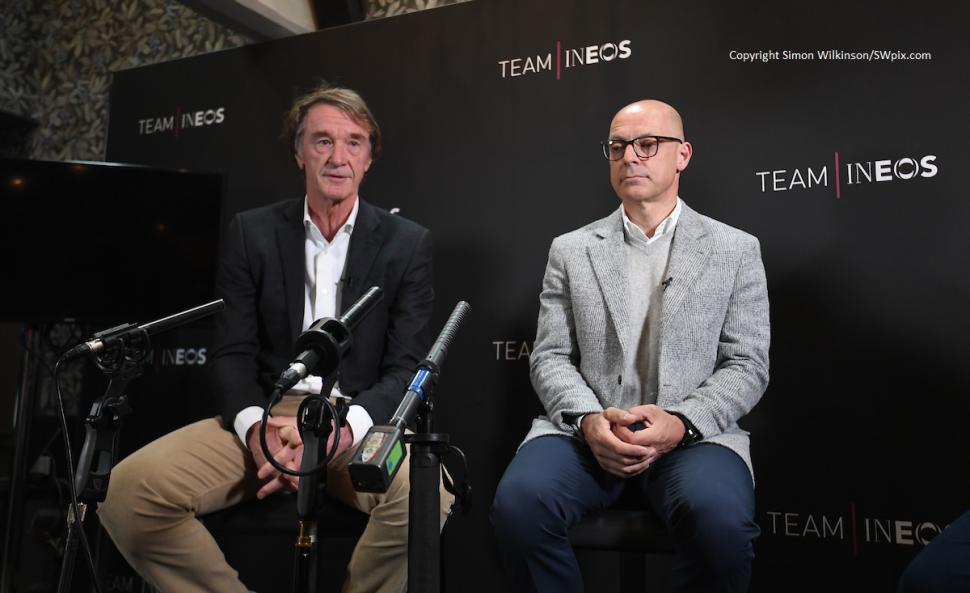 The West London-based club was put up for sale by owner Roman Abramovich on 2 March, a week after Russia’s invasion of Ukraine. The oligarch, who has longstanding ties to Russian President Vladimir Putin, was made subject to sanctions by the UK government a week later.

Ratcliffe joins three other bidders for the southwest London-based club, owned by Abramovich since 2003, each of the rival potential purchasers coming from a consortium.

One is headed by former British Airways and Liverpool FC chairman Sir Martin Broughton, another by Todd Boehly, part-owner of the LA Dodgers baseball franchise, and the third by Stephen Pagliuca, who is part-owner of the NBA side Boston Celtics and the Italian Serie A football club, Atalanta.

In 2019, Ratcliffe bought Team Sky and subsequently renamed it Ineos Grenadiers after the SUV – or Chelsea Tractor, if you will – that the petrochemicals group he founded has developed.

The same year saw him consider bidding for Chelsea, where he is a season ticket holder, but instead he bought the French Ligue 1 club, OGC Nice for a reported €100 million, adding it to a growing sports portfolio that also includes the Swiss football club FC Lausanne and the Sir Ben Ainslie-led Ineos Britannia America’s Cup challenge.

Ineos also sponsors the Mercedes-AMG Petronas F1 team, and the various sports entities within the group are encouraged to collaborate and learn lessons from each other’s disciplines that can be applied in their own field.

The value of the bid for Chelsea of course dwarfs any existing investment into sport by Ratcliffe – it’s enough to finance Ineos Grenadiers for the next century – and is also reported to be the highest one received.

It is also likely to prove popular with Chelsea fans, coming from a long-term supporter of the club who is British – although Ratcliffe is now resident in Monaco for tax reasons – and attractive to the government, which needs to approve the sale due to the sanctions imposed on Abramovich, also because Ratcliffe has the wealth to pay in cash.

A statement issued by Ineos today said:  “Sir Jim Ratcliffe, chairman of Ineos, has made a formal bid for Chelsea FC, for £4.25bn. £2.5bn is committed to the Charitable Trust to support victims of the war, with £1.75bn committed to investment directly into the club over the next 10 years.

2We believe that a club is bigger than its owners who are temporary custodians of a great tradition. With responsibility to the fans and the community.

“That is why we are committing to spending £1.75bn over 10 years that will be for the direct benefit of the club.

“We will invest in Stamford Bridge to make it a world-class stadium, befitting of Chelsea FC.

“This will be organic and ongoing so that we will not move away from the home of Chelsea and risk losing the support of loyal fans.

2We will continue to invest in the team to ensure we have a first-class squad of the world's greatest players, coaches and support staff, in the men’s and women’s games.

2And we hope to continue to invest in the academy to provide opportunity for talented youngsters to develop into first class players.

“We believe that London should have a club that reflects the stature of the city. One that is held in the same regard as Real Madrid, Barcelona or Bayern Munich. We intend Chelsea to be that club.

“We are making this investment as fans of the beautiful game - not as a means to turn a profit. We do that with our core businesses. The club is rooted in its community and its fans. And it is our intention to invest in Chelsea FC for that reason.

“No further comment will be made from Sir Jim or INEOS during the bidding process,” the statement added.