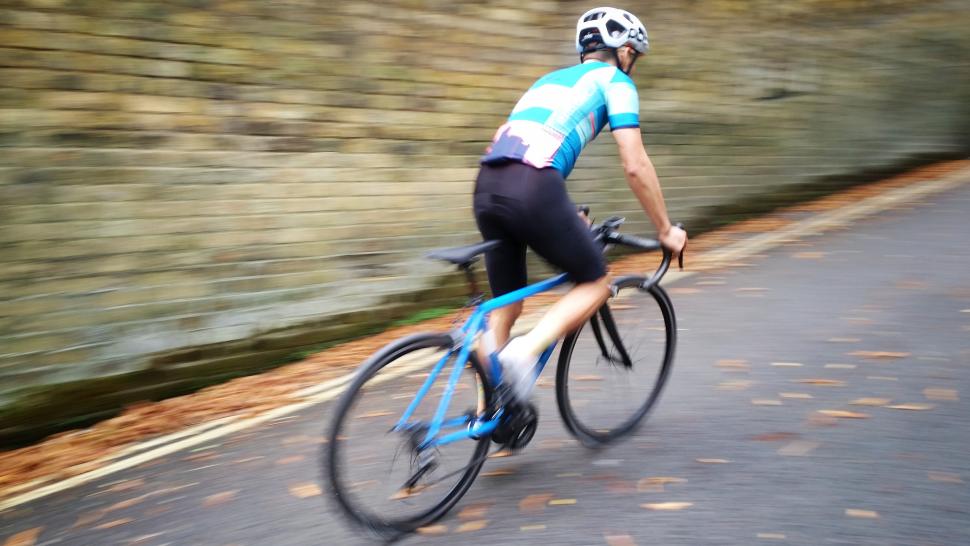 It appears that helmets and front lights are set to become compulsory on future Cycling Time Trials (CTT) events, including hill climbs, after resolutions on changes to the rules were passed by delegates at the annual general meeting of the organisation’s National Council at the weekend.

While there has been no official announcement yet – CTT, the national governing body for time-trialling, is a volunteer-run organisation with no paid staff – news of the changes spread quickly on social media yesterday, including in groups dedicated to time trialling and hill climbing.

Posts seen by road.cc include confirmation from delegates present at the AGM that the changes will apply to hill climbs as well as time trials. road.cc is seeking confirmation of that from CTT, as well as clarification on several other issues.

Existing CTT regulations only require riders aged under 18 or classified as juniors to wear a helmet while taking part in events.

So far as we are aware, changes to CTT’s regulations still require a majority of two-thirds of delegates to be in favour of the proposal in order for it to be passed.

That was certainly the case in 2019, when despite a majority of delegates at the national council’s AGM in Daventry that year being in favour of a proposal from CTT Scotland that helmets be made mandatory for all competitors, including in hill climbs, it failed to pass because it did not exceed that two-thirds threshold.

One that did two years ago was a separate proposal requiring riders in CTT events to display a rear light when taking part – and now that has been joined by front lights too, we’d not be surprised if twin packs of a set of weight-saving front and rear lights suddenly found a niche audience. road.cc has already seen photos from time trial enthusiasts posted to social media showing compact and strategically-positioned front lights on time trial bar extensions.

One question we did see raised on Facebook is whether a front light would need to be operational throughout the entirety of the event, the poster highlighting that battery life may be an issue during 12- or 24-hour.

The poster suggested that so far as the regulation regarding the rear light is concerned, it only needed to be in operation at the start of the event.

That’s one of the points on which we are seeking clarification from CTT, and we will update this article with their response when we receive it.