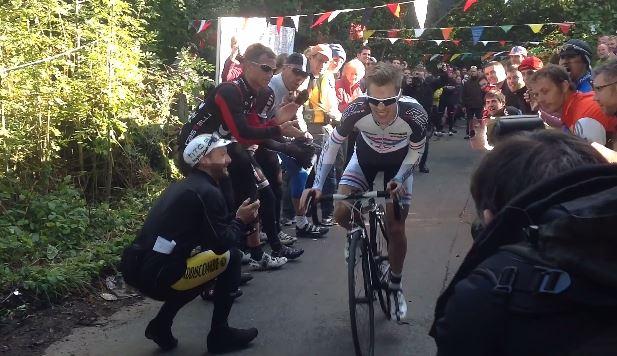 Most delegates at national council's AGM were in favour - but amendment didn't get two-thirds majority needed...
by Simon_MacMichael

A proposed change to the regulations of Cycling Time Trials (CTT) that would have made it mandatory for cyclists to wear helmets while participating in events it sanctions, including hill climbs, has been defeated after it did not get the two-thirds majority required.

CTT is the national governing body for time trials in Great Britain, with its remit also extending to hill climbs, many of which attract strong fields and hundreds of spectators and have a rich history – the Catford Hill Climb, for example, was first contested in 1886 making it the world’s oldest bike race.

Ahead of today’s annual general meeting of CTT’s national council in Daventry, Northamptonshire, CTT’s Scotland District Council tabled an amendment to its regulations that, had it been passed, would have made helmets compulsory in all events.

As we reported on Thursday, under its current regulations only riders aged under 18 or classified as Juniors are required to wear a helmet while taking part in events.

> Helmets to be made compulsory for hill climb competitors?

The amendment, which aimed to “enhance competitor safety,” needed to achieve a majority of two thirds of the delegates voting at today’s meeting but fell 10 votes short of the 49 needed, with 39 delegates in favour of it and 34 against.

A separate amendment requiring competitors to have a rear light on their bike while competing in order to make them more visible was passed, however.

That change will apply to all CTT events, including hill climbs, so for all you weight-savers out there, look out for a feature on lightweight rear lights on road.cc at some point …