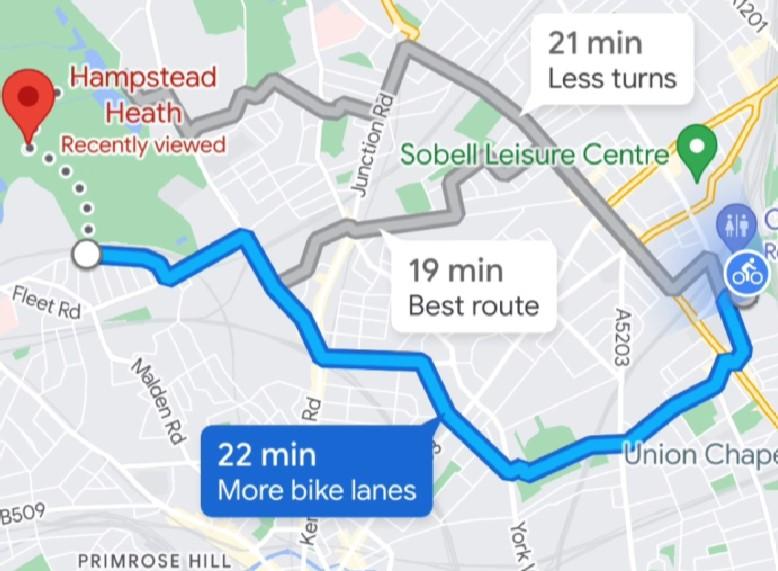 Google Maps has made a major update to its cycling navigation capabilities, including which route options will see riders encounter heavy traffic, as well as highlighting ones where they will find greater provision of cycling infrastructure.

Highlighting that “over the past few months, cycling has increased by more than 40 per cent worldwide,” Google says on its Blog that its new route information means that cyclists will “soon be able to easily compare bike routes and see even more granular details (when this data is available) to prepare for the ride ahead.”

Cycling directions, giving route options and estimated timings as well as a comparison of elevation profiles have been a feature of Google Maps for a number of years now, but the internet giant says that the new features mean that “In addition to seeing the elevation along your route, you’ll also know if you’ll encounter heavy car traffic, stairs or steep hills.

“You’ll also be able to get a highly detailed breakdown of the route itself so you can know at a glance what type of road you’ll be biking on – like a major road vs. a local street. Gone are the days of unknowingly pedalling up a strenuous hill or on a route with more car traffic than you’re comfortable with.”

Here’s how it would look on your phone, with route options provided for a journey from just south of Arsenal FC’s Emirates Stadium to Hampstead Heath (if you’re finding that difficult to view, take a look at it on the Google Blog, which also has details of other non-cycling features being added to Google Maps).

As mentioned above, providing alternative routes and displaying their profiles – with altitude of start and finish points, plus how much climbing and descending is involved in each shown in feet – has been a Google Maps feature for a number of years now.

Here’s an example of existing Google Maps cycle routing from Wales for a trip from Machynlleth to Barmouth, following two route options available on National Cycle Network Route 8, one inland taking in a big climb as it heads through the Snowdonia National Park, the other providing a much gentler option mainly along the coast. 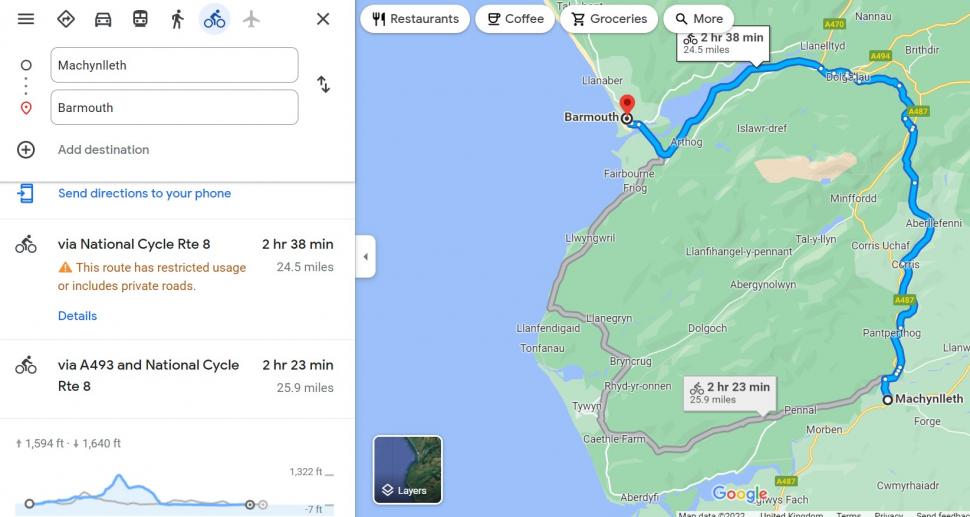