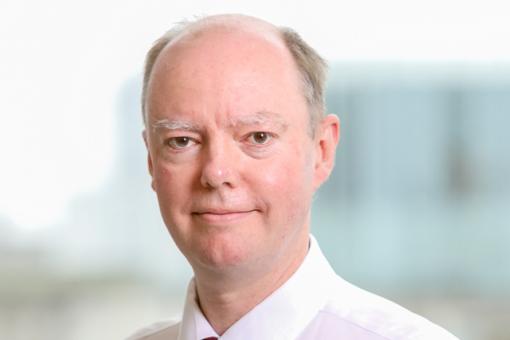 “The idea that the UK is a country you can't actually do cycling is clearly incorrect,” says England’s chief medical officer...
by Simon_MacMichael

Sir Chris Whitty, the government’s chief medical officer for England, has urged people to get cycling to fight obesity, saying that “the idea that the UK is a country you can't actually do cycling is clearly incorrect.”

He also applauded what he described as the “imaginative” ways in which local authorities throughout the country sought to encourage active travel during the early months of the coronavirus pandemic, reports Mail Online.

Speaking yesterday at the annual conference of the Local Government Association and the Association of Directors of Public Health, Whitty, who became a household name through his appearances in government Covid-19 briefings on TV, said that levels of obesity had increased since the pandemic began.

According to data from NHS England, one in four children aged 10 were classified as obese during 2020, up from one in five the previous year, as were three in four adults.

Underlining that exercise is among the “most effective ways of improving health,” Whitty said that people should be encouraged to incorporate active travel, such as walking or cycling to work, into their daily lives to help combat obesity.

“I think there's often a feeling that it's going to be very hard work to get people to, for example, take up cycling,” he said.

“But if you went back to the ’50s and ’60s there were extremely high rates of people cycling for work as well as recreationally across the country.”

Whitty said that the data from 70 years ago demonstrated that “the idea that the UK is a country you can't actually do cycling is clearly incorrect.”

Speaking about the increase in levels of obesity during the pandemic, he said that some aspects of public health have “trodden water or gone backwards over the last two year and we do need to quite seriously address them.”

He said: “One of the things that is the most effective ways of improving health – whether it's cardiovascular, cancer or mental health – is physical exercise.

“And active transport is a particularly important way to do this because it builds it into people's normal routines of daily life, rather than being seen as something that is separate.”

“What happened during the Covid crisis is that we saw many local authorities being extremely imaginative in the way that they made it easier for people to walk and cycle to work, to shops as well as recreationally – largely as a way of trying to get people off public transport where they could pass on or acquire Covid,” Whitty added.

“But what this demonstrates is what can be done and there's a lot that could be done in every area of the country.”

The role cycling can play in combatting obesity is well documented, with Chris Boardman, now the interim head of Active Travel England, having previously said: "Cycling is the miracle cure we discovered years ago.

"It treats obesity, a hundred inactivity-related diseases, air pollution and mental ill-health, and it helps the young and the elderly stay mobile.

“From HSBC UK-British Cycling research, we know that 14 million of us would like to cycle more often. So let’s make space on our roads and streets and give more people the chance to choose cycling.”