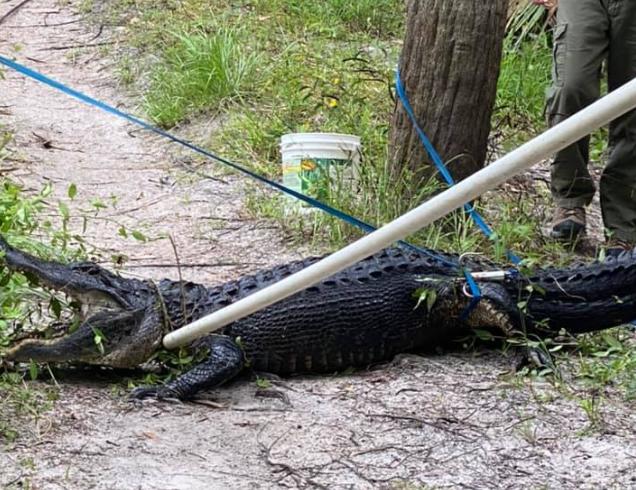 “He had a lot of marks all over his leg, but mainly in the upper thigh,” says dog-walker who came to his aid
by Simon_MacMichael

A cyclist in Florida who crashed his bike while riding a trail and landed on an alligator sustained serious injuries after the reptile attacked him.

According to Martin County Sheriff’s Office, the incident happened at around 11am yesterday at Halpatiokee Park in Stuart, a city around 100 miles north of Miami on Florida’s Atlantic coast.

Police said that the man “lost control of his bike and fell into a body of water about six feet down an embankment.

“The female gator, which measured about nine feet, grabbed ahold of the man severely injuring him.

“The cyclist was able to break free then crawl to an area where he was assisted by a bystander. Martin County Fire Rescue, the Martin County Sheriff’s Office and Florida Fish and Wildlife Officers rendered aid and secured the scene, then drove the bite victim more than a mile to the park area, where a medical helicopter crew was awaiting. 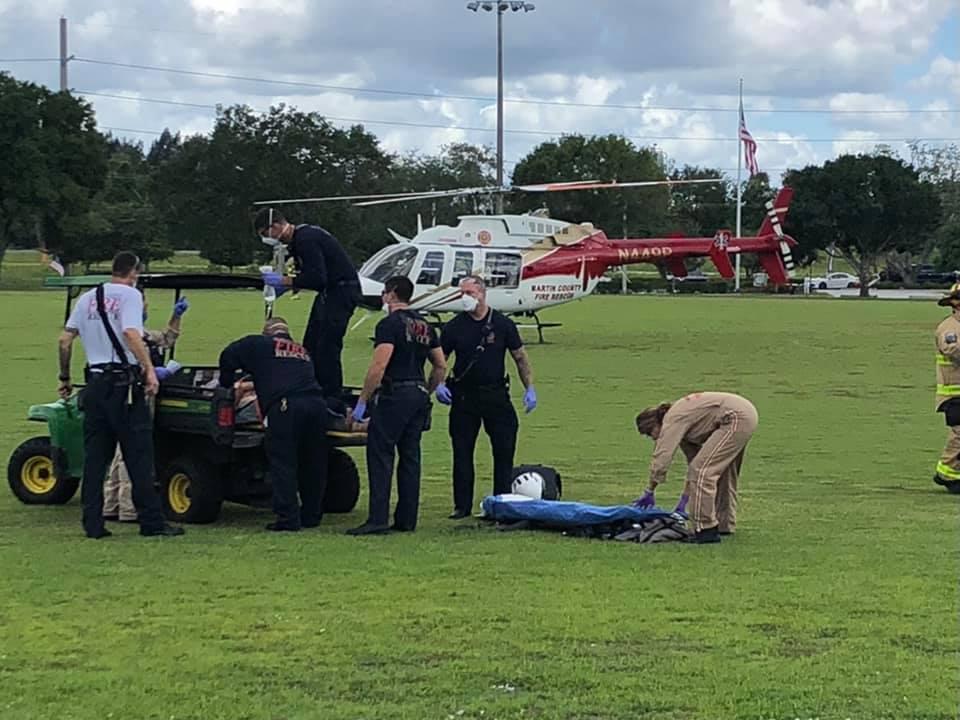 “Trapper John Davidson was able to locate and trap the gator shortly after the incident.,” they added.

Charlie Shannon, who had been walking his dog when he came across the victim, was quoted on WLFX as saying: “He had a lot of marks all over his leg, but mainly in the upper thigh.

“He was hanging on roots like five feet below. It was hard to get him out.”

Others helped him get the man out of the water, with Shannon then using his dog’s lead as a tourniquet to try and stem the flow of blood.

“I hope he's all right, and just to be able to get him out of the water and tie it off, I think that helped,” he added. 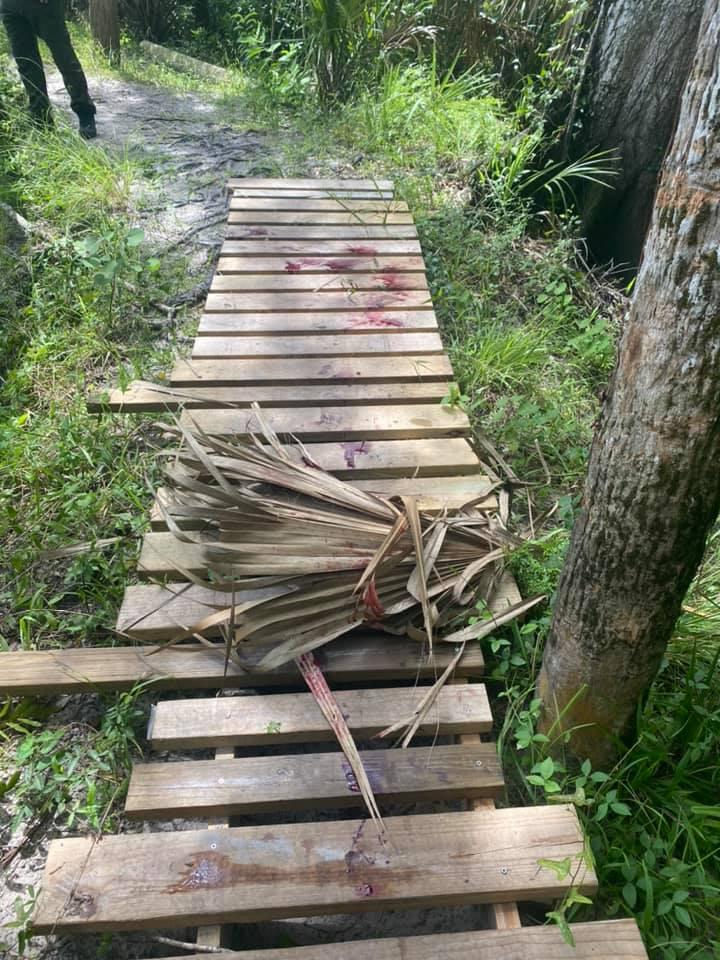 Another person present at the scene, mountain biker Scott Lorraine, described the victim as an accomplished rider whose wheel had slid from under him as he went round a bend.

"He slid out and the water is literally a couple of feet away and he went right into the water, and just as bad luck would be, the gator was right there,” he said.

It is believed that the alligator, which will be relocated, may have been guarding her nest with John Davidson, who trapped the reptile, saying: “We'll attempt to rescue the babies if we can.”

He added: “This is really pretty out here. People hike and walk and you're with nature. Especially this time of year, you just have to be aware of what's around you.”