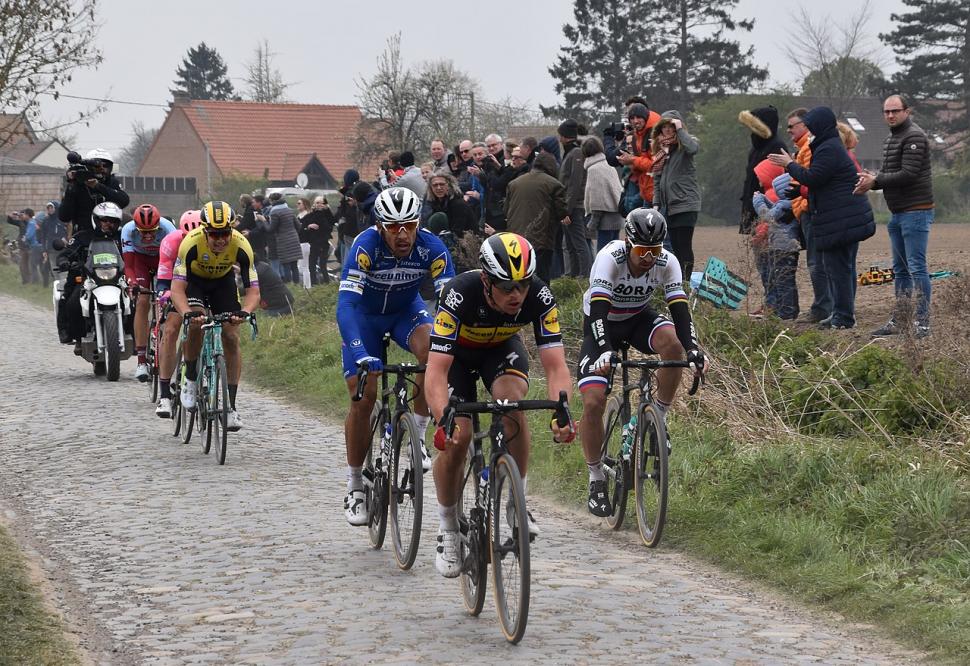 Next month’s 118th edition of Paris-Roubaix, not held last year due to the coronavirus pandemic, is once again at risk of postponement as northern France enters into a four-week lockdown from midnight tonight.

The race starts in Compiègne, some 85 kilometres north of Paris, and takes place entirely within the Hauts-des-France region, one of those to be placed under lockdown amid fears of a third wave of COVID-19.

France reported 35,000 new cases yesterday, three quarters of those attributable to the particularly virulent British variant of the virus, reports the Guardian.

With hospitals at risk of being overwhelmed and the temporary suspension of the AstraZeneca vaccine, the government has been forced to reintroduce lockdown across much of the north of the country, including Paris, along with the Alpes-Maritimes department where a rise in cases last weekend caused changes to the routes of the final two stages of Paris-Nice.

Yesterday, Prime Minister Jean Castex said: “The epidemic is getting worse. Our responsibility now is to not let it escape our control.”

He said the new lockdown would last for “Four weeks, the time required for the measures to generate a sufficient impact,” which is “the time we need to reach a threshold in the vaccination of the most vulnerable.”

Earlier this month, race director Thierry Gouvenou of ASO confirmed that he had secured the necessary authorisations for the event to go ahead on 11 April as planned.

There has been no response as yet from ASO regarding the impact of yesterday’s government announcement on the race.

Last year’s edition – which was also due to see the debut of the much anticipated women’s race – was postponed from April to October before being cancelled as the second wave struck in the autumn.

It was only the eighth time that Paris-Roubaix had been cancelled since the first edition in 1896.

The race was suspended from 1915-18 due to the First World War – its nickname, the Hell of the North, refers to the devastated landscape of northern France that organisers encountered ahead of it resuming in 1919 – and again from 1940-42 during the Second World War.