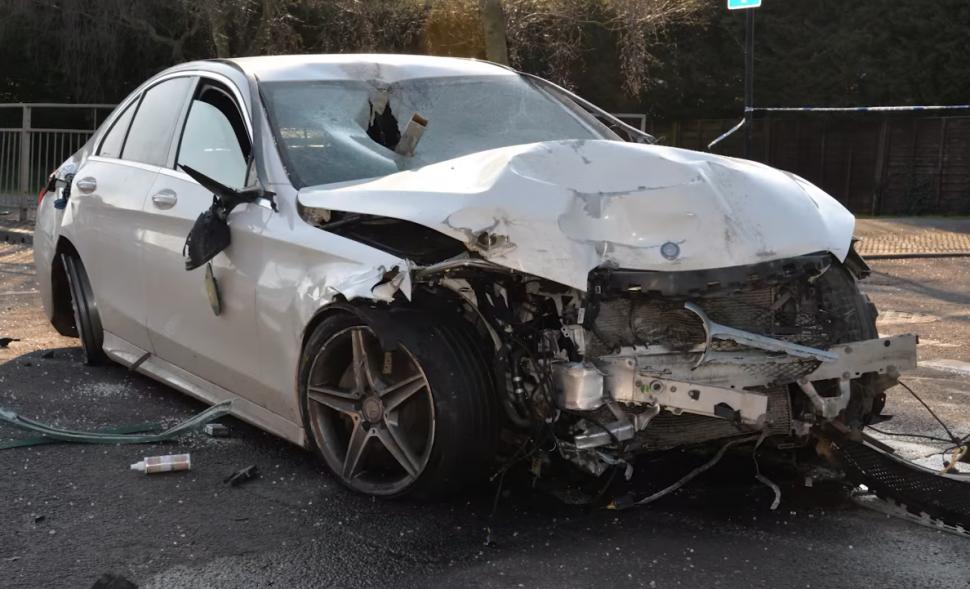 Harry Summersgill was jailed for three years after shocking crash in County Durham, and the boy's family gave police permission to share video to warn others about drug driving...
by Simon_MacMichael

Police have released distressing footage of the build-up and aftermath of a crash in which a drug driver left a six-year-old child who was riding his bike on a dedicated off-road cycle lane with serious injuries after hitting him at 60mph in a 30mph zone.

The family of Noah Herring, now aged seven and who is not expected to suffer long-term effects from his injuries, gave the force permission to share the video as part of a national campaign to highlight the dangers of driving while under the influence of drug-driving.

Some of the footage, which does not include the crash itself, was shot on GoPro by Noah’s father James, who can be heard afterwards telling his son not to move. The pair had been riding to a park at the time.

The driver, 24-year-old Harry Summersgill, was under the influence of a cocktail of cannabis, cocaine and ketamine at the time of the crash, which happened on Yarm Road, Stockton, on 24 February this year.

In the video, he can be heard telling a police officer that it was a “simple accident.”

Summersgill subsequently pleaded guilty at Teesside Crown Court to pleaded guilty to causing serious injury by dangerous driving and was jailed for three years and banned from driving for six and a half years.

Inspector Dave Williams of the Cleveland and Durham Specialist Operations Unit, said: “Noah and James were out riding their bikes and having a pleasant morning when Harry Summersgill, knowingly under the influence of a cocktail of drugs, drove his car and struck Noah at high speed.

“Noah’s family know how lucky they were that day; the outcome could have been much worse and we’re all thankful that it wasn’t.

“There will be increased activity and an increased focus on drug driving throughout the two-week National Police Chiefs Council (NPCC) campaign, although police will continue to tackle the issue all year round.

“To anyone who may get into their car with the intention of driving whilst under the influence; I would urge you to watch this footage and see the horrendous circumstances for yourself.

“No driver should ever take risks like these. It is unacceptable and we won’t tolerate anyone who takes drugs or drinks alcohol and gets behind the wheel of their vehicle.

PC Natalie Horner of the Cleveland Police Collision Investigation Unit contacted Kona Bicycles UK to ask if they could help provide a replacement bike for Noah – which they did free of charge, giving it to the youngster at the Cleveland and Durham Specialist Operations Unit in June.

Scott Belshaw from Kona said: “After speaking with Natalie I was shocked to hear what had happened and it was clear that the only thing to do would be to get Noah a bike after everything he’s been through.”

PC Horner added: “Noah deserves something nice after the difficult time he had earlier this year. He was very concerned that his ‘pride and joy’ had been ruined after the collision and I thought it would be great if he could get a replacement.

“Kindly, Scott offered to make this bike for Noah free of charge and I hope he can continue to go out and enjoy cycling again very soon.”